Oct. 28, 2019 – Following a very busy two week stretch, the Mariners have it fairly easy over the next two weekends, with just single Saturday night home games to begin the month of November. Their opponent remains the same for the third consecutive game, with the Newfoundland Growlers swinging back through to conclude their long and winding road trip at the Cross Insurance Arena this weekend. The Mariners and Growlers split two games in Portland this past weekend, leaving the Mariners still searching for their first winning streak of the 2019-20 season. On Saturday, to celebrate Marvel Super Hero™ Night, the Mariners will be dressed in “The Hulk” themed jerseys, which will be available via auction through the ECHL.

The Mariners concluded their four game road trip mid-week in Glens Falls, NY. After falling behind 2-0, Jake Elmer scored his first ECHL goal late in the second period to make it a one goal game heading into the third. Adirondack scored quickly twice at the start of period three to put the game out of reach. Ryan Dmowski also scored his first ECHL goal in the 5-2 loss. FULL GAME RECAP 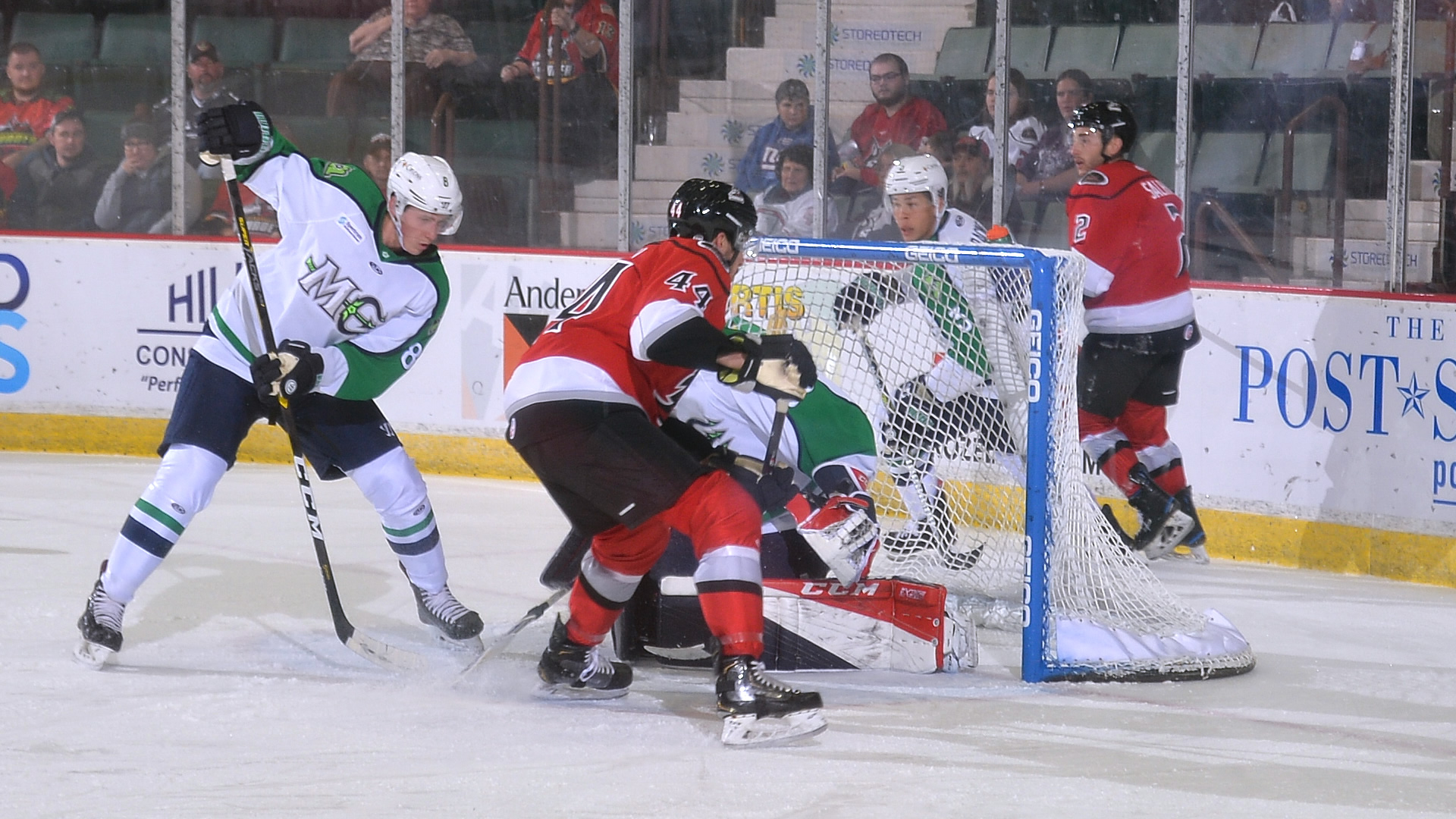 The Growlers scored twice in the first 1:12, prompting an early Mariners goalie swap, and Connor LaCouvee locked it down the rest of the night, stopping all 26 shots that he faced. Offensively, Dillan Fox scored a pair, including a bizarre goal from a center ice dump in. The power play struck twice as well, and the Mariners got their first home win of the season FULL GAME RECAP & HIGHLIGHTS

It was a 5-2 final score for the third game in a row, this one going in favor of the visitors. The teams traded goals in the first, but Colt Conrad’s tie-breaking power play tally midway through the 2nd period was a turning point. The Growlers went up 3-1 and never looked back, despite Terrence Wallin’s second goal of the game in the third to cut the deficit to one. FULL GAME RECAP & HIGHLIGHTS

The ECHL’s partnership with Marvel brings specialty themed “The Hulk” jerseys to the Mariners wardrobe on Saturday. Marvel Super Hero™ Night is sponsored by Rich Exterior Solutions and Paradigm Windows. The jerseys will be auctioned off via the Handbid mobile app, through the ECHL. It’s also the first “postgame skate with the team” event following the game. Family Four Packs can be purchased in advance at MarinersOfMaine.com. For as low as $80, families of four can get four tickets, four food and drink vouchers, and four Mariners can koozies – available for all Saturday and Sunday home games. The puck drops at 6:00 PM on Saturday night. 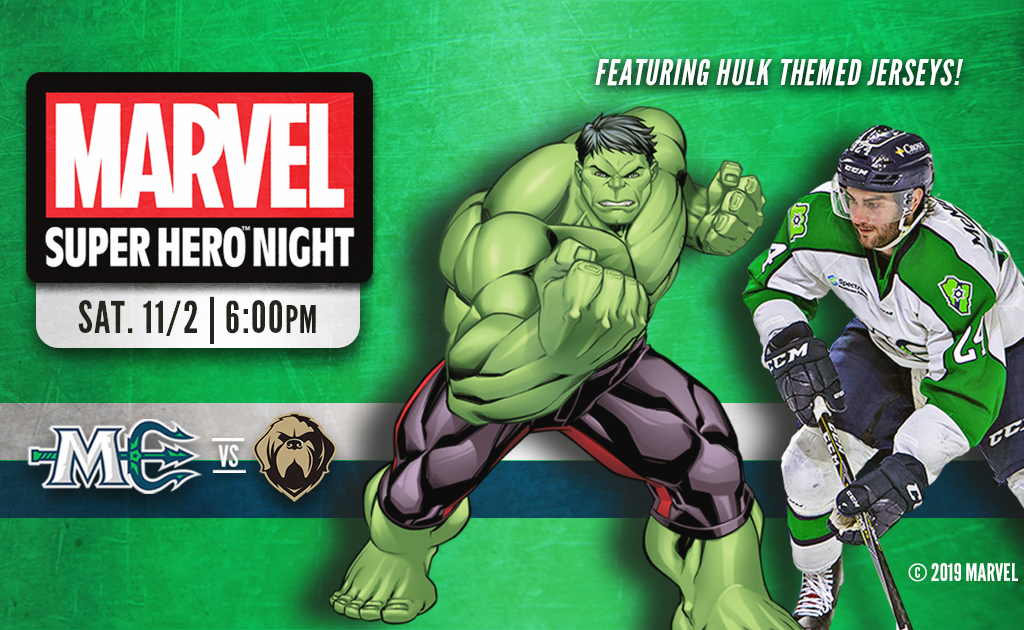 The Mariners Coach’s Show will be off this week due to Halloween. It will return on Thursday, November 7th from 6-7 PM, broadcasting live from Three Dollar Dewey’s on 241 Commercial St. in Portland.

Looking ahead:
The Mariners continue their home stand a week from Saturday with the first of two Military Appreciation Nights presented by Martin’s Point in partnership with Bath Iron Works. The first 2,000 fans through the door will receive an exclusive Mariners lobster beanie, which will only be available through the giveaway on the 9th. On Monday, November 11th, “Gritty Does Portland,” when the world famous Philadelphia Flyers mascot pays a visit to the Cross Insurance Arena. A limited quantity of special Gritty packages are available for $100, which include two tickets to the game, two Gritty pucks, two Mariners hats and can koozies, a pregame meet and greet with Gritty, and a professional photo. The Mariners remain home through the weekend of November 15th and 16th. The full promotional schedule is here. 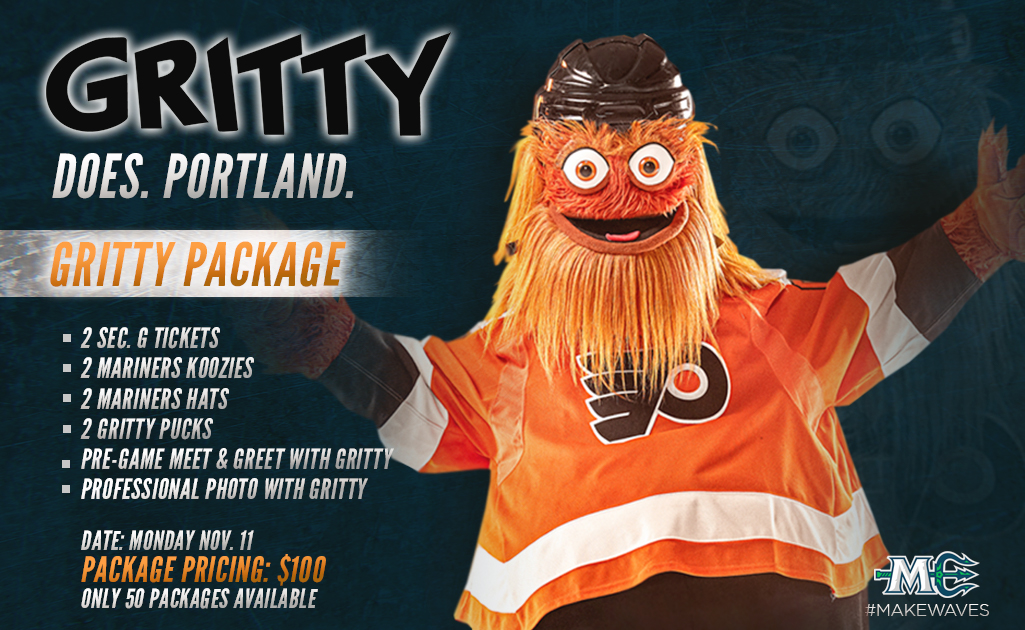 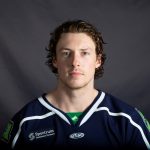 ZERTER-GOSSAGE AND TAYLOR RECALLED TO HARTFORD
Scroll to top