Oct. 8, 2019 – Season two of Maine Mariners ECHL hockey kicks off this Friday night, October 11th, as the Mariners welcome in the Adirondack Thunder to the Cross Insurance Arena for a 7:15 PM faceoff. The season opener marks a rematch of the inaugural Mariners game last October, which resulted in a 6-3 Adirondack victory. The Mariners and Thunder will get well acquainted in 2019-20, with 18 head to head matchups on the schedule. Friday marks one of just three October home games for Maine, and the only game of opening weekend.

The Mariners and Worcester Railers faced off in a preseason tune-up on Saturday night at the Rinks At Exeter in Exeter, New Hampshire. Both lineups consisted largely of players “on the bubble” to make their respective teams. The Railers grabbed a 1-0 lead in the opening period and pulled away with three goals in the 2nd. Forward Dawson Leedahl (New York Rangers), scored Maine’s lone goal in the third period. Ryan Ferrill also fought Worcester’s Ross Olsson. FULL GAME RECAP 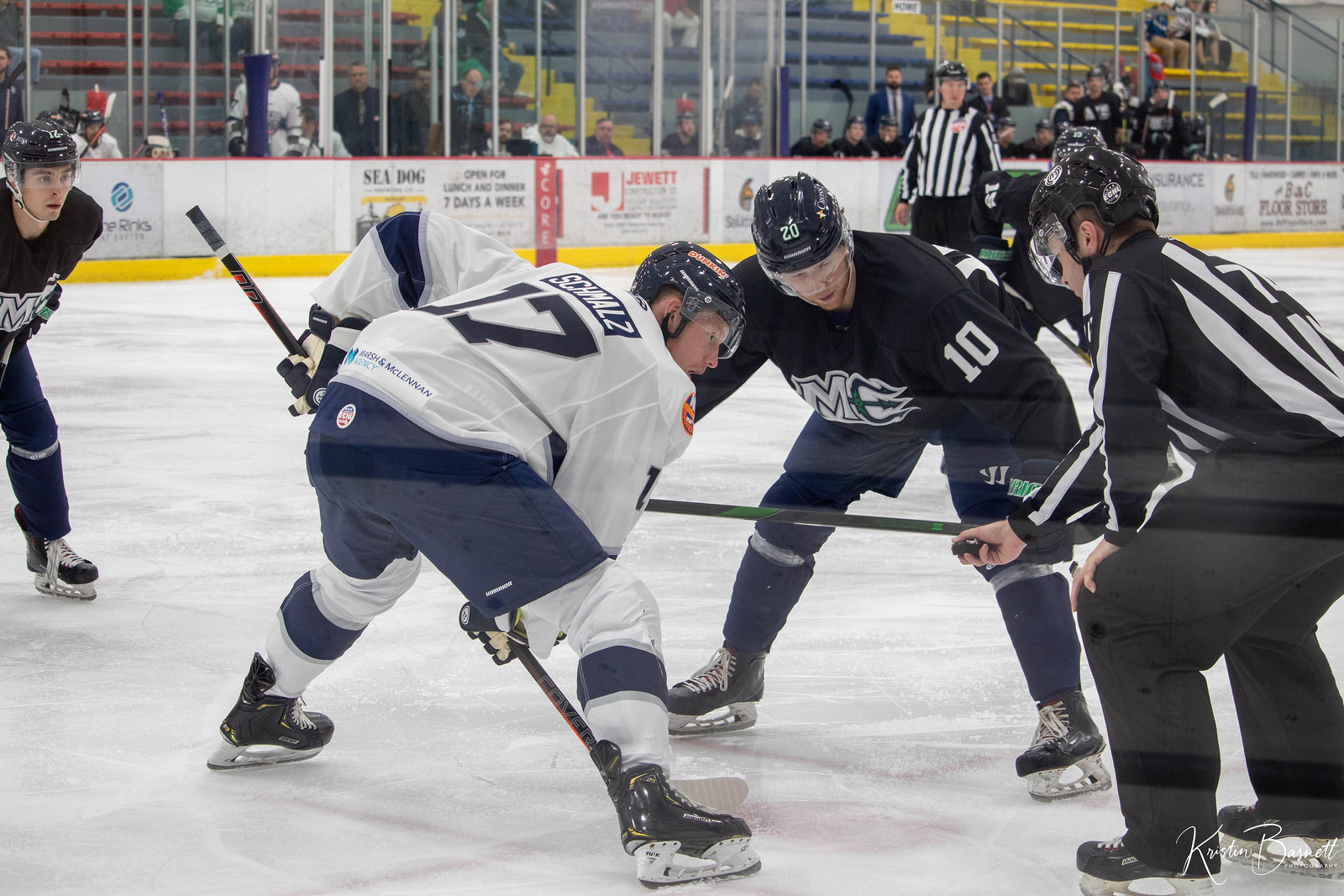 Doors will open at 6:15 PM on Friday (6:00 for season ticket holders). All fans will receive a magnet schedule, courtesy of Portland North Dental. Mariners Vice President of Operations Daniel Briere will drop the ceremonial puck alongside the winner of a fan contest. It’s the first “1-2-3 Friday” of the season: $1 Aquafina Waters, $2 Pepsi products, and $3 Bud Light drafts through the start of the second period. The Mariners “Community Collection” program will also begin. Non-perishable food donations will be accepted in the Promotions Port at all October home games. Fans who bring five items will receive a ticket to a future weekday game. Donations will benefit the South Portland Food Cupboard. The game will be broadcast live on ECHL.tv and the Mariners Radio Network, powered by Mixlr, coverage beginning at 7 PM.

Looking ahead:
The Mariners embark on a four game road trip starting October 18th, that will take them to Worcester, Reading, and Adirondack. They’re back home for a two game series on October 25th and 26th against the Newfoundland Growlers. Former AHL Mariners broadcaster and current Boston Bruins TV host Dale Arnold will make on appearance on October 25th for “New England Sports Night.” October 26th is a Halloween themed game, “Monsters and Mariners.” All Saturday and Sunday home games this season feature the Family Four Pack – four tickets, food/drink vouchers, and four Mariners can koozies, starting as low as $80.