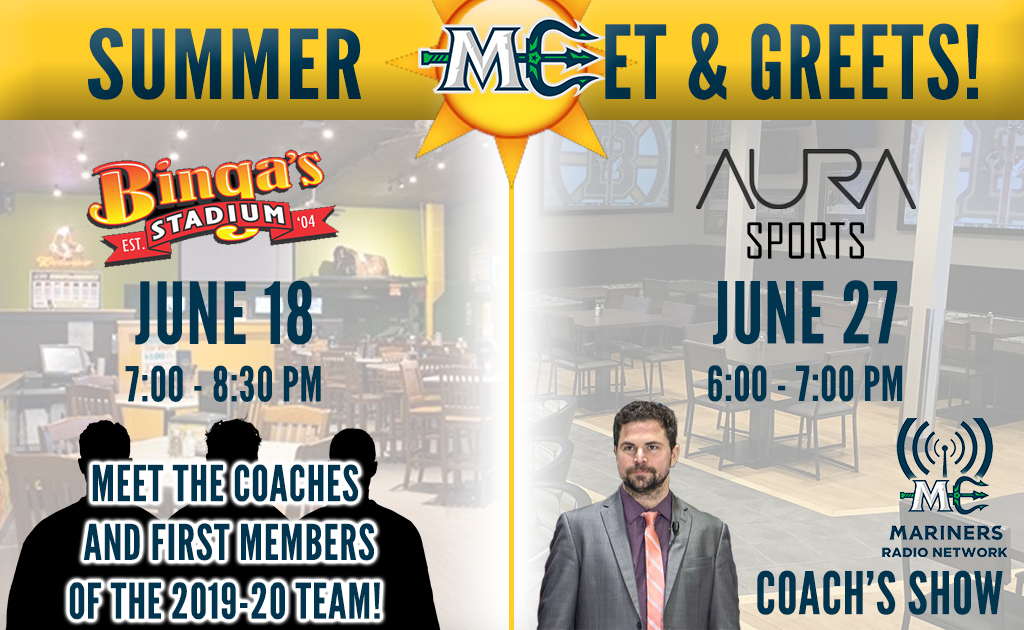 PORTLAND, ME – June 6, 2019 – With the Newfoundland Growlers winning the 2018-19 Kelly Cup on Tuesday, the ECHL calendar has officially flipped to 2019-20. The Mariners are holding two public meet and greet events in the month of June to give fans a first look at the early stages of the 2019-20 team as they prepare for their second ECHL season.

On Monday, the Mariners released their protected list, with the players whose rights are retained through the end of the month. Players are permitted to begin signing standard player contracts on June 16th and the Mariners will announce initial signings on June 17th.

On Tuesday, June 18th, fans will get their first chance to meet with Mariners players, coaches, and staff at a meet and greet event at Binga’s Stadium, located on Free Street in Portland, across from the Cross Insurance Arena. The event will run from 7:00-8:30 PM. Fans are encouraged to bring items to get autographed and will be able to enter a drawing to win a Mariners prize pack.

Finally, on Thursday, June 27th from 6:00-7:00 PM, Mariners broadcaster Michael Keeley will host a summer edition of the Mariners Coach’s Show at Aura Sports (121 Center St. in Portland), streaming live on the Mariners Radio Network. Riley Armstrong and players will be on hand to join the show and meet with fans.