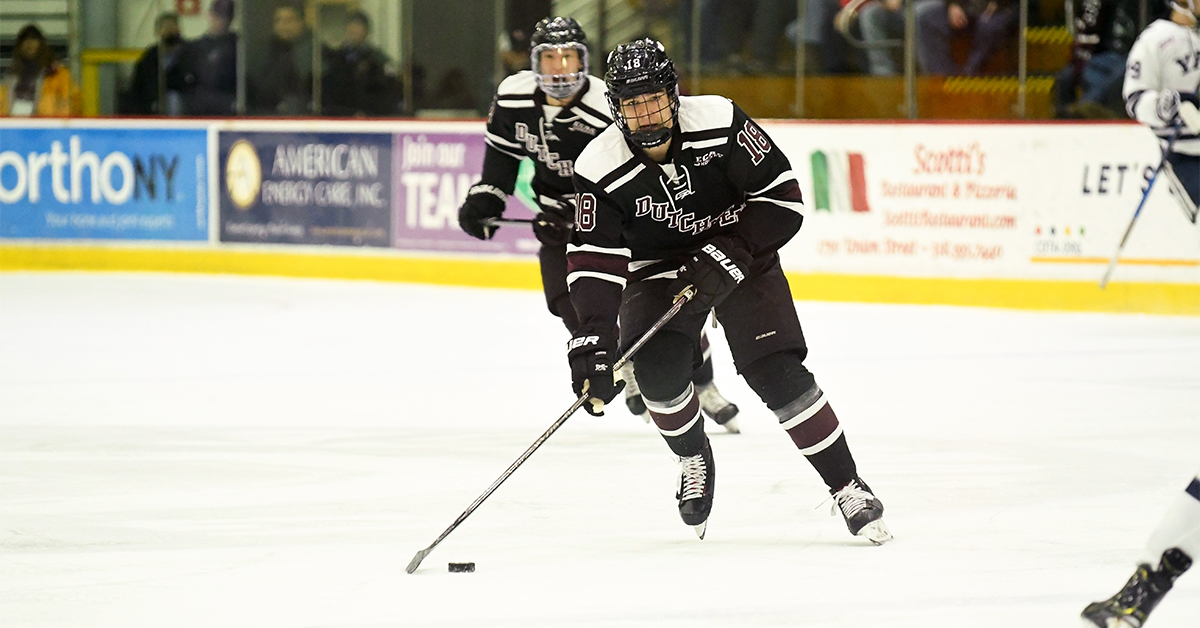 PORTLAND, ME – July 30, 2019 – The Mariners have signed forward Brett Supinski to a standard player contract, the team announced on Tuesday. Supinski will be a rookie in 2019-20, but played two games in the AHL with the Ontario Reign at the end of last season.

Supinski is a 6’0, 175-pound forward from Collegeville, PA. He finished up his NCAA career last season with Union College (Schenectady, NY), where he averaged 27 points over four seasons. In his sophomore season of 2016-17, Supinski put up 36 points (8 goals, 28 assists) in 37 games, his best year of the four. Supinski was more of a playmaker than a goal scorer in college, with 73 of his 108 career points being assists. He was named to the ECAC All-Academic Team all four seasons.

“Brett put up great numbers during his college career. Hopefully he can continue that at the pro level,” said Mariners head coach Riley Armstrong. “I think playing a couple game at the end of last season in the AHL will help lots with his confidence heading into his rookie season.”

Supinski, who will turn 24 on Sunday, signed with the Ontario Reign in late March 2019 and played in two games, not registering a point.

By far the best season of Supinski’s career came in 2014-15, his only year in the British Columbia Hockey League. That season with the Coquitlam Express, he registered 98 points (48 goals, 50 assists) in 58 games, plus another seven points in five playoff games. He ranked second in the BCHL in points and goals, and was named Rookie of the Year and a First Team All-Star.

Before Coquitlam, Supinski played for the Philadephia Jr. Flyers U18 (T1EHL), where he was a teammate of Mariners forward Nick Master. He also played two seasons at Millbrook School preparatory, after one at La Salle College High.

Supinski becomes the 15th player under contract for the 2019-20 season. Click here to view the full roster.