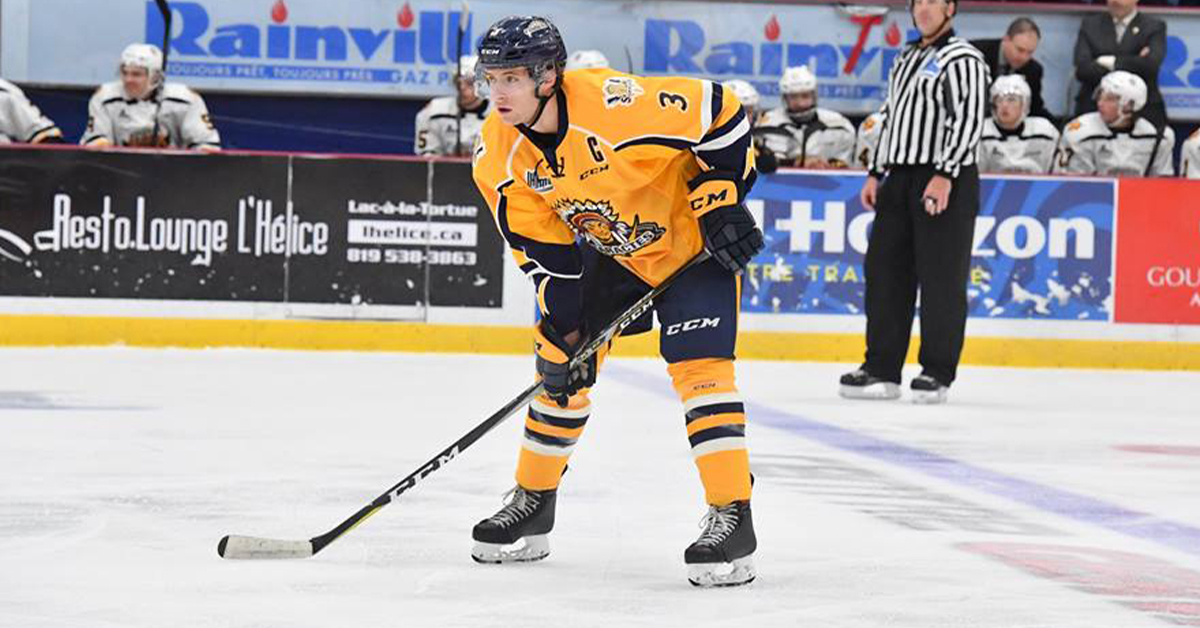 PORTLAND, ME – July 15, 2019 – The Mariners announced the signing of defenseman Gabriel Sylvestre on Monday. A rookie blue liner from Laval, Quebec, Sylvestre brings extensive QMJHL experience into the fold, as well as size, standing 6’4, 194 pounds.

Sylvestre, 21 years old, has played in the QMJHL for five seasons. At age 15, he began his career in “the Q” with the Shawinigan Cataractes in 2014-15. Suiting up in 56 games, he had a goal and six assists, plus 69 penalty minutes. Sylvestre increased his production over the next three seasons with Shawinigan, registering 13 points in 2015-16 and again in 2016-17. By 2017-18, he was a Captain for the Cataractes, and had already matched a career high in points, when he was traded midseason to the Moncton Wildcats.

The 2017-18 season was Sylvestre’s breakout offensively, as he finished with eight goals and 11 assists in 60 games between the two teams. He had never scored more than one goal in a season, prior. Last season, fully in Moncton, he hit a career high with 21 points (4 goals, 17 assists) in 64 games. Sylvestre is accustomed to postseason play as well, appearing in the playoffs in all five of his QMJHL campaigns.

“Sylvestre is a young D coming out of major junior,” said Mariners head coach Riley Armstrong. “It’s always good to have young players to continue to develop and get ready for the AHL.”

Sylvestre will complete for a spot on an already busy Mariners blue line, which features Josh Couturier, Derek Pratt, Richie Boyd, and Garrett Cecere, all re-signed to contracts and returning for their second seasons in Maine. To see the full 2019-20 roster so far, click here.