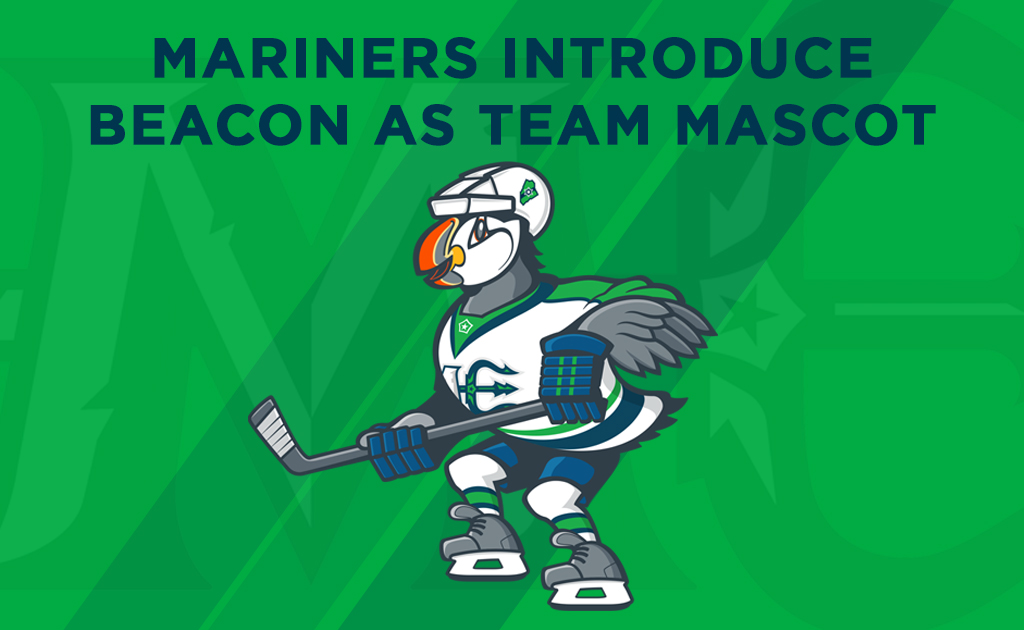 Beacon the puffin flies into Portland

PORTLAND, ME – August 15, 2018 – In an exclusive reveal with NewsCenter Maine on “The Morning Report” Wednesday morning, the Maine Mariners revealed “Beacon” as the team’s mascot. Beacon is an Atlantic puffin, a species that makes its home in Maine in numbers of more than 4,000 each summer, according to VisitMaine.com. Beacon will become the face of the organization and will be present at Mariners events at Cross Insurance Arena and in the community. In addition, the Mariners’ “Kids Club” will become “Beacon’s Kids Club.”

“Beacon is an important addition to our team and I am looking forward to seeing this puffin bring the fun to Maine,” said Adam Goldberg, Mariners VP of Business Operations. “You will not only see Beacon at all Mariners home games, but around the community all year round. The Mariners have puffin pride!”

Beacon’s hometown is Machias Seal Island in the Gulf of Maine – one of the largest puffin nesting locations in the state. Beacon’s favorite food is herring, favorite song is “Free as a Bird,” by the Beatles, and favorite TV Show is “Puffin Rock”. Beacon’s hobbies include meeting Mariners fans, supporting community events and raising awareness for puffin nesting restoration with Project Puffin – a Maine based puffin project in conjunction with the National Audubon Society.

According to National Geographic, the average puffin weighs 17.5 ounces and stands 10 inches tall. Puffins have penguin-like body coloring with colorful beaks and triangular marks around their eyes. Efforts such as Project Puffin have helped restore the once-declining species significantly since the 1970s – particularly in Maine. Puffins excel in both swimming and flight.

The Mariners, proud affiliate of the New York Rangers, will start play in the inaugural season October 13, 2018 as members of the ECHL. The ECHL is the premier AA hockey league in the United States. Season tickets, flex plans, and 5-game packs for the Mariners inaugural season are on sale now by visiting www.MarinersOfMaine.com or call toll free 833-GO-MAINE.