PORTLAND, ME – August 23, 2018 – The Maine Mariners are offering an opportunity for non-profit organizations to gain exposure and raise awareness at home games during the 2018-19 season with the introduction of the “Stick Taps” Program.

In the hockey world, the act of tapping your stick on the ice (or against the boards) is a recognition by the team for an extraordinary effort on the ice. It is essentially the hockey version of a standing ovation. The purpose of the Mariners Stick Taps Program is a way to be recognized for a particular off-ice effort.

“We view Mariners game as a showcase for the community that surrounds us,” said Mariners V.P. of Business Operations, Adam Goldberg. “This Stick Taps program will show our fans all the great work these organizations are doing in the area. It is an opportunity for us to introduce fans to non-profits and we are hoping that it sparks action and positive energy in Maine.”

A Stick Taps partnership will give the participating organization a table on the concourse, an on-screen interview with the Mariners game night emcee, a public address announcement during the game, and five tickets to the game.

Interested non-profit groups can apply to be featured at a Mariners home game this season by visiting MarinersOfMaine.com and navigating under the “Community” tab to the Stick Taps page. Organizations must have a 501(c)(3) status to be eligible.

The Mariners, proud affiliate of the New York Rangers, will start play in the inaugural season October 13, 2018 as members of the ECHL: the premier AA hockey league in the United States. Season tickets, flex plans, and 5-game packs for the Mariners inaugural season are on sale now by visiting www.MarinersOfMaine.com or calling toll free: 833-GO-MAINE. 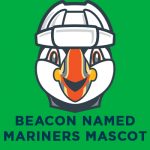 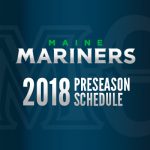