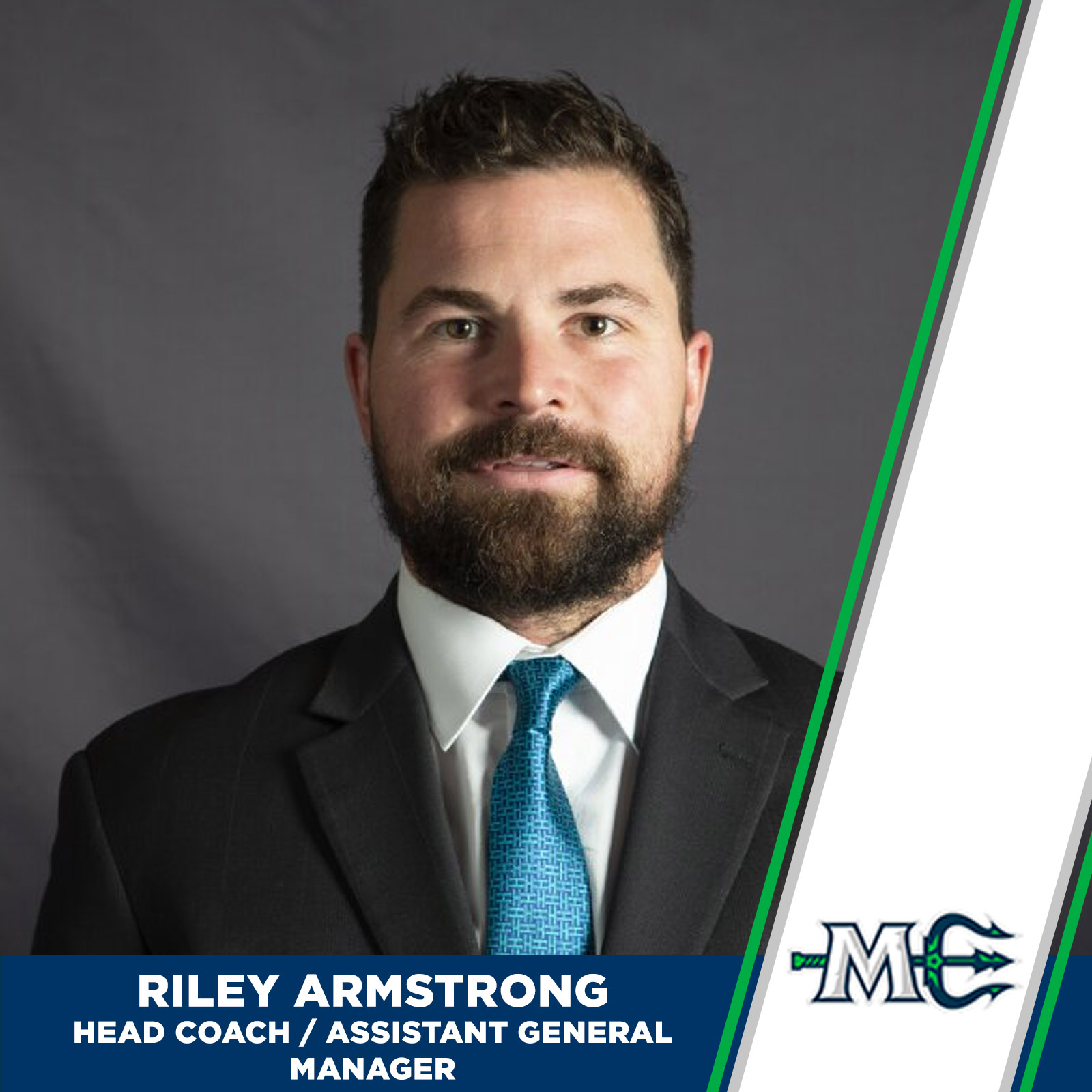 Riley Armstrong is the first head coach in franchise history, currently in his second year at the helm of the Mariners. In the summer of 2019, Armstrong was promoted to Assistant General Manager and also received a two year extension, taking him through the 2021-22 season. Armstrong came to Portland to from the Wheeling Nailers, the ECHL affiliate of the Pittsburgh Penguins, where he was an assistant coach from 2016-18.

Armstrong resides in Gorham with his wife Amber, daughter Peyton and son Ezra.