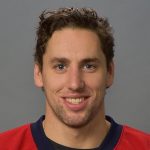 HOW HE GOT HERE: Acquired from the Kalamazoo Wings in January 2019, completing a future considerations trade
CONTRACT STATUS: Maine Mariners

It was only three seasons ago that Murphy turned pro but he’s already been a part of five ECHL organizations. After finishing his college hockey at Arizona State in 2017, Murphy began his pro career with Manchester and then split 2017-18 between Worcester and Greenville. On October 14th, 2017, Murphy scored the first goal in Worcester Railers franchise history against his former Monarchs team. He began 2018-19 with Kalamazoo and was traded to the Mariners on January 8th, 2019 completing a future considerations deal. Murphy provided one of the most memorable moments of the inaugural season on March 17th, 2019 when he scored twice – including the game-winner in an 18-round shootout against the Newfoundland Growlers at the Cross Insurance Arena. Murphy would score another shootout-winning goal against the Growlers at home three weeks later on April 7th, in the season finale. 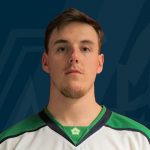