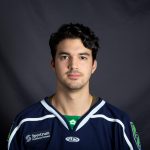 Brassard signed with the Mariners in March of 2019, and played several key games over the final weeks of the season. He made his ECHL debut in relief on March 29th at Reading, and stopped all four shots he faced. The following night at Adirondack, Brassard drew his first ECHL start, but lost to the Thunder, 3-2 as he stopped 43 of 46 shots. On April 5th against Worcester, Brassard pick up his first win when he stopped 41 of 43 in a 4-2 victory. Brassard has prior pro experience in the SPHL with Peoria in 2015-16. He played Junior hockey in the QMJHL, accomplishing an amazing feat in 2013-14: scoring two goals – one for Cape Breton and the other for Gatineau. He played Canadian college hockey at Carleton University. 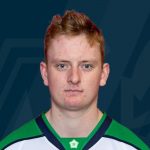 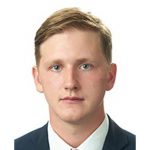