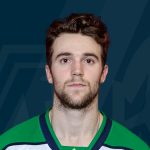 HOW HE GOT HERE: Signed an SPC in June 2019
CONTRACT STATUS: Maine Mariners

A reliable defenseman, Pratt played 63 games for the Mariners in 2018-19, showing more offensive upside than expected. His 18 points were the most he’s posted at any level and his two goals tied a career high set in his 2013-14 USHL season with the Waterloo Black Hawks. Pratt’s first pro goal ame in his first game on October 19th, 2018 against Reading. The other was a dramatic, game-tying goal inc the final minutes against Worcester on February 13th, 2019 to force overtime and complete a three-goal third period comeback. Pratt was invited to the annual Traverse City Prospects Tournament in September of 2018 to represent the New York Rangers. He received two AHL calls in 2018-19, one to Hartford and the other to Utica. He made his AHL debut with Utica following the conclusion of the ECHL season, suiting up in one game for the Comets. Prior to the Mariners, Pratt had short stints with Manchester and South Carolina, and played college hockey at the University of Connecticut, where he was wore a letter for three seasons, the final two as Captain. His father Tom played professionally in the AHL and IHL. 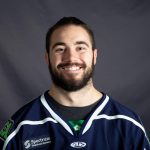 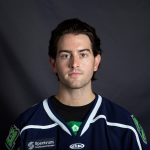