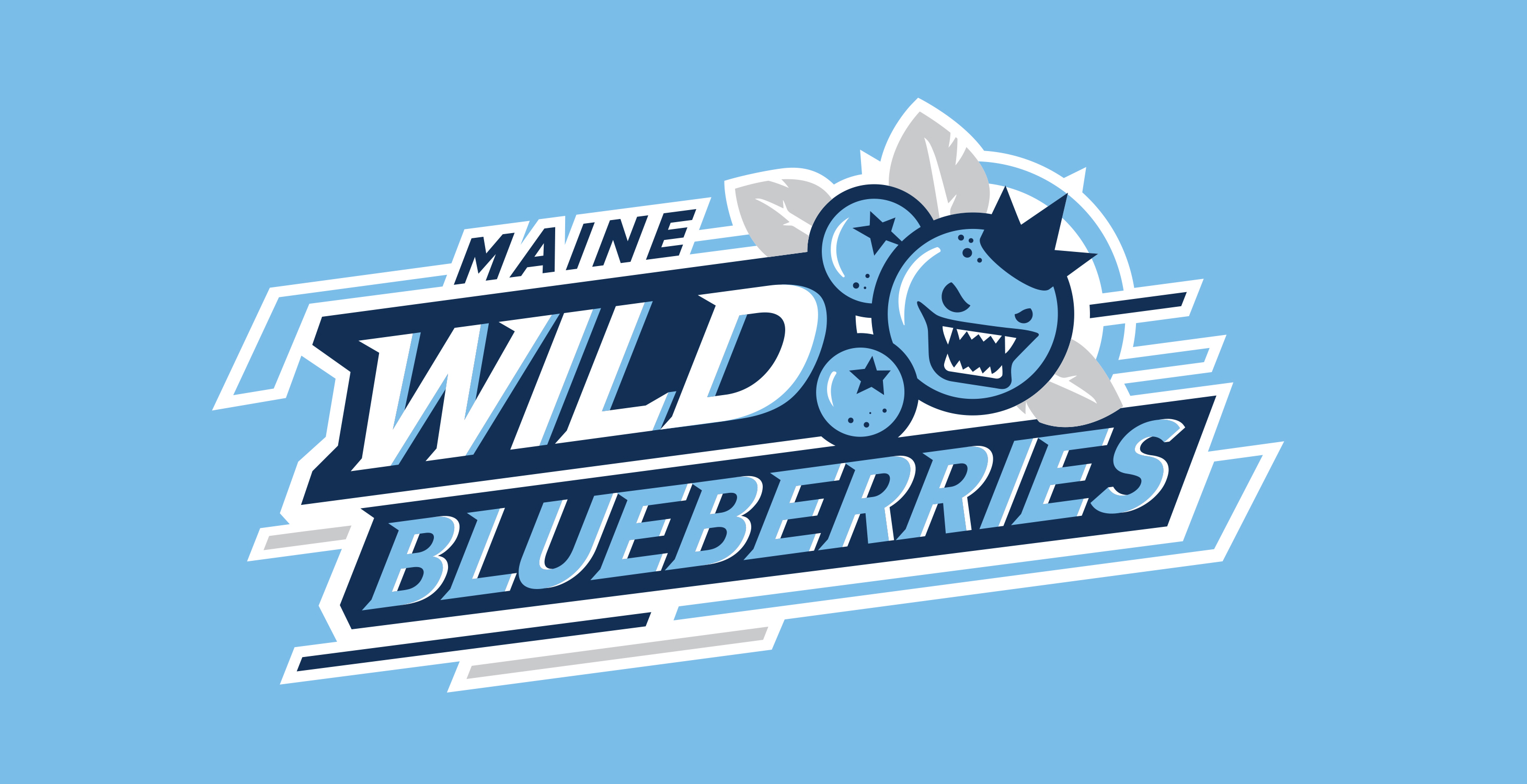 PORTLAND, ME – June 21, 2019 – At the annual ECHL Summer Meetings in Las Vegas, NV, the Maine Mariners were awarded “Theme Night of the Year” during Thursday’s awards ceremony. The winning theme night was “Wild Blueberries Night,” which was held on March 9th, 2019 when the Mariners hosted the South Carolina Stingrays. The theme paid tribute to “what could have been,” as the Wild Blueberries finished second to the Mariners in the Summer 2017 team naming contest.

The legend of the Maine Wild Blueberries began shortly after the announcement of Portland’s newest professional hockey franchise became public in the summer of 2017. Fans were asked to submit ideas for the team name at PortlandMaineHockey.com, with around 4,000 suggestions received. In August, five finalists were put up for vote: Mariners, Wild Blueberries, Puffins, Lumberjacks, and Watchmen. The Wild Blueberries quickly took on a cult-like following, gaining traction in the national spotlight, including Yahoo!’s Puck Daddy, Sports Illustrated, and Reddit. On September 29th, 2017, after over 18,000 votes were cast, the Mariners were announced as the winner, narrowly beating out the Wild Blueberries to become the franchise’s name.

Big Room Studios, Portland-based creative technology company that designed the Mariners logo and helped with the mascot, Beacon, designed an official Wild Blueberries logo, that would pave the way for the concept to eventually come to life. The Mariners began planning “What If Night,” which evolved into simply “Wild Blueberries Night,” where all references to the Mariners would be switched to the Wild Blueberries – for one night. From the jerseys on the ice, to the public address announcements, video board and broadcast overlay logos, the Maine Mariners brand took a night off on March 9th, 2019 in lieu of the Maine Wild Blueberries.

Wild Blueberries merchandise was in high demand before, during, and after the night itself. The first 2,000 fans went home with a commemorative Wild Blueberries cup sponsored by Northeast Charter & Tour Co. and FRANK-FM, and Oakhurst Dairy provided Wild Blueberry Milk to fans on their way out of the arena. The Maine Wild Blueberries jerseys were auctioned off to fans after the game. In front of a crowd of over 4,900, the Mariners (Wild Blueberries) fell 2-1 in overtime to the Stingrays.

According to wildblueberries.com, the state of Maine is the only place in the United States where wild blueberries are cultivated, and is the largest producer of the fruit in the World. The state is also responsible for 10% of all blueberry production in North America. More is written about the wild blueberries – on and off the ice in a post on the Official Mariners Blog: Sea For Yourself.

The four other finalists for the award of ECHL “Theme Night of the Year,” were the Florida Everblades’ “Blackout,” the South Carolina Stingrays’ “Capitals Stanley Cup Night,” the Brampton Beast’s “Star Wars Night,” and the Indy Fuel’s “Wizards Night.”

The second ECHL season of Maine Mariners hockey kicks off October 11th at home when the Adirondack Thunder visit the Cross Insurance Arena for a 7:15 PM faceoff. Full and half season plans along with 12-game mini plans and group tickets are on sale now by calling 833-GO-MAINE or visiting the Mariners front office at 94 Free St. in Portland. Single game tickets will go on sale September 16th.