PORTLAND, ME – January 18, 2022 – Back in October of 2020, the hockey world and the Maine community lost one of its heroes, when Travis Roy passed away at the age of 45. Suffering a career-ending and life-altering spinal cord injury in his first college hockey shift, Roy would dedicate the last 25 years of life to helping others. The Mariners will honor his legacy during their game on Sunday, January 23rd, when they host the Orlando Solar Bears at 3 PM.

The Travis Roy Foundation, which Travis founded in 1996, will be on hand, including Travis’ father Lee, who will drop the puck as part of a pre-game ceremony. The Foundation will also run the night’s 50-50 raffle and serve as the “Stick Taps” organization of the game. The Travis Roy Foundation raises money for grants and research for a cure to spinal cord injuries, as well as to help survivors. According to their website, they are “dedicated to helping spinal cord injury survivors and their families live more independent and hopeful lives.”

Travis was born in Yarmouth, Maine, playing hockey at Yarmouth High School and North Yarmouth Academy. He earned a scholarship to Boston University, where he began his college career in 1995. Eleven seconds into his first game, Roy fell head-first into the boards, leaving him paralyzed from the neck down. Roy emerged from the tragedy with an inspirational attitude and became a motivational speaker in addition to his philanthropy through his foundation. On October 20th, 2020, Roy passed away following complications from a recent surgery.

“Brenda and I greatly appreciate that the Maine Mariners have chosen Sunday’s game against the Orlando Solar Bears to honor Travis in this way,” said Lee Roy. “Travis spent hundreds of hours from 1981 to 1993 as a stick boy for the original Maine Mariners. He and I had spent countless hours watching and working at the Civic Center. Those were great memories that Travis always treasured. He loved being from Maine. He always felt loved in Maine.”

In February of 2021, the annual Checking For Charity tournament, organized by South Portland Professional Firefighters, dedicated their event to Travis. The Mariners had several participants in the tournament, including former Head Coach Riley Armstrong, current Assistant Coach Terrence Wallin, and former players Brian and Ted Hart. Beacon the Puffin made an appearance and Mariners broadcaster Michael Keeley called play-by-play on the web stream.

The Travis Roy Memorial game will begin at 3 PM on Sunday as the Mariners take on the Orlando Solar Bears. Doors will open at 2 PM. It’s the third and final game of the “3Kend,” presented by Three Dollar Dewey’s. Individual tickets for all games can be purchased online at MarinersOfMaine.com/tickets or by visiting the Trusted Choice Box Office inside the Cross Insurance Arena. 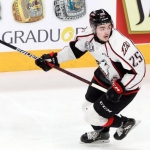 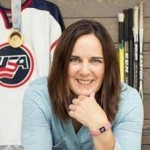