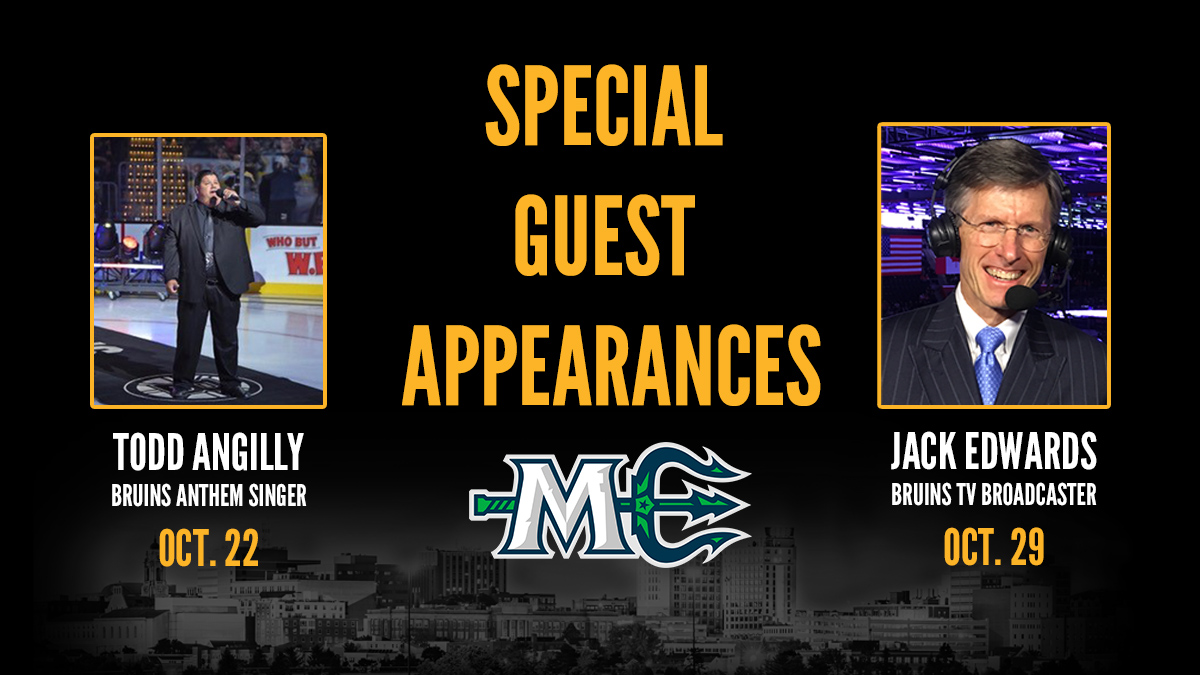 PORTLAND, ME – October 14, 2021 – Two prominent members of the Boston Bruins family will be making appearances at Maine Mariners games to kick off the 2021-22 season, the Mariners’ first as a Bruins affiliate. Anthem signer Todd Angilly and TV play-by-play voice Jack Edwards will be visiting the Mariners games on October 22nd and 29th, respectively.

Todd Angilly will ring in the first Mariners game as a Bruins affiliate, by performing the National Anthem at the home opener on October 22nd. Angilly became the Bruins official anthem singer in the 2019-20 season, following the legendary Rene Rancourt, a Maine native. Angilly earned the job through an audition process in the 2018-19 season, in which he ended up being the choice for the Bruins playoff run. He has performed for all five Boston professional sports teams and has a background in opera singing. The puck drops at 7:15 PM on October 22nd as the Mariners host the Worcester Railers. Angilly will also drop the puck, sign autographs, and be available to take photos with fans.

Bruins TV voice Jack Edwards will appear during the second game of the season on Friday, October 29th, as the Mariners take on the Trois-Rivieres Lions at 7:15 PM. Edwards will also drop the puck, emcee the mite hockey game at the first intermission, and join Mariners broadcaster Michael Keeley on the radio and FloSports broadcast. Edwards has been calling Bruins games on NESN since the 2005-06 season, working alongside former Bruin and AHL Maine Mariner player Andy Brickley. He’s also previously broadcast hockey and other sports nationally for ESPN.

The Mariners play a total of three home games in October, finishing up the month with the “Sunday Scaries,” a Halloween afternoon affair against the Reading Royals at 3:00 PM. Individual game tickets for all 36 home games are on sale now, online at the Trusted Choice Box Office inside the Cross Insurance Arena, or by calling the box office at 207-775-3458. Full season, half season, 12-game mini plans, and 10-ticket flex plans are also available. More information on ticket packages is available by calling 833-GO-MAINE, emailing mariners-sales@comcastspectacor.com, or by visiting MarinersOfMaine.com. 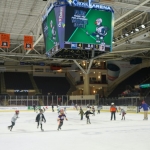 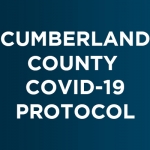