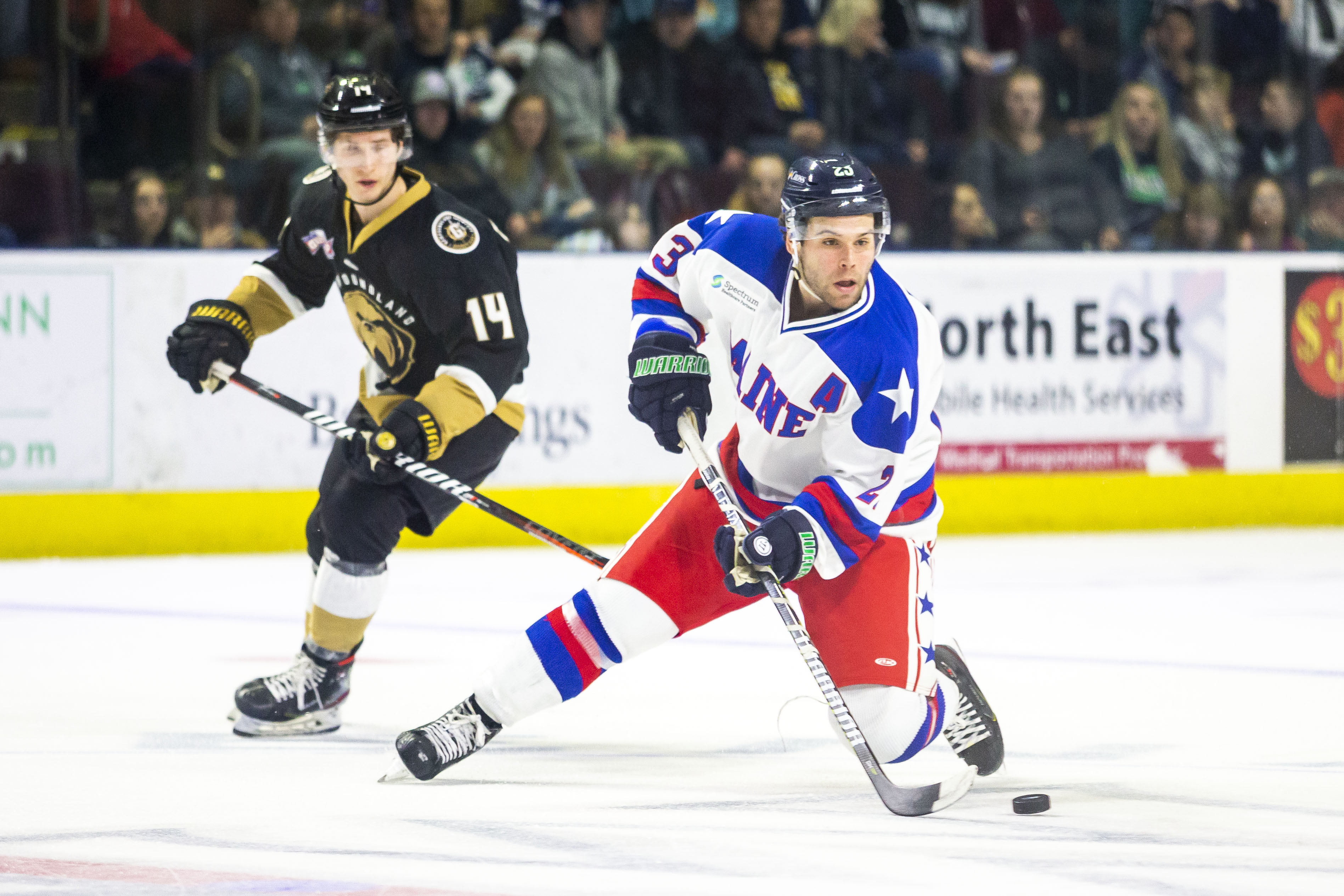 PORTLAND, ME – February 23, 2020 – The Newfoundland Growlers built a 3-0 first period lead on Sunday afternoon at the Cross Insurance Arena, and cruised to a 4-1 win over the Maine Mariners, as they celebrated the 40th anniversary of the “Miracle on Ice.” The Growlers took the regular season series from the Mariners, winning 6 of the 11 meetings, after the Mariners had won three of four in Newfoundland last week.

The Growlers established a multi-goal lead early, scoring twice in the first 4:08. Justin Brazeau buried a rebound created by a Mark Tremaine shot from the left circle at 2:36. Dylan Vander Esch made it 2-0 soon after, rolling a puck over the right pad of Maine goaltender Francois Brassard. At the 14:44 mark of the first, Growlers defenseman Evan Neugold barely held the puck at the blue line but blasted a shot past Brassard from the center point to make it 3-0.

The Mariners played a much stronger 2nd period and got on the scoreboard at 5:03 when defenseman Jeff Taylor finished some good work below the goal line by Terrence Wallin, Alex Kile, and Morgan Adams-Moisan. The Mariners made a push to close the gap to one but had the win taken out of their sales by a Zach O’Brien highlight reel goal at 16:10, making it 4-1 Growlers and concluding the scoring.

Newfoundland’s Angus Redmond improved to 13-0-0 with a 16 save effort while Brassard made 29 stops in the loss.

The Mariners go back on the road with stops in Reading on Wednesday and their first ever trip to Wheeling, West Virginia on Friday. They’re back home one week from today to host the ECHL-leading South Carolina Stingrays at 3 PM. The ECHL championship trophy, the Kelly Cup will be in the building, and the Mariners will award the Captain Joel Barnes Community Service Award on the one-year anniversary of his tragic passing in the line of duty.

Groups of 10 or more can get discounted tickets to all games by calling 833-GO-MAINE. Individual tickets can be purchased at MarinersOfMaine.com, at the Trusted Choice Box Office inside the Cross Insurance Arena, or by calling 207-775-3458. All Saturday and Sunday home games feature the Family Four Pack – four tickets, four food and drink vouchers, and four Mariners beverage koozies, starting at $80, and must be purchased in advance of game day.