READING, PA – December 31, 2019 – Steven Swavely’s three point night in his return from the AHL boosted the Reading Royals to a 5-3 win over the Maine Mariners on Tuesday night at Santander Arena. The Mariners got goals from Taylor Cammarata, Ted Hart, and newcomer Eddie Matsushima.

The Mariners struck early at 4:29 of the first period, converting just five seconds into the game’s first power play. Ty Ronning faked a shot from the point and put a puck right on Taylor Cammarata’s tape to give the Mariners a 1-0 lead. Sean Day picked up the secondary helper. Reading built a significant shot advantage but remained down 1-0 until the 16:08 mark, when Garret Cockerill’s shot from the point beat the stick side of Connor LaCouvee to tie the game. Steven Swavely, just down from AHL Lehigh Valley, had an assist on the game-tying goal and would put the Royals ahead just over three minutes later. Frank DiChiara rushed down the right wing and fired a shot off LaCouvee’s pad that rebounded right to Swavely in the slot at 19:10. Reading outshot Maine 14-11 in the first for their 2-1 lead.

Just two minutes into the third, Reading scored their third in a row when Cockerill found Brayden Low driving the net to make it 3-1. The Mariners closed the gap back to one at 8:09, Ted Hart cleaning up Scott Savage’s point shot. The Mariners then had a two-man advantage for over a minute thanks to penalties from Trevor Gooch and Garrett Mitchell, but couldn’t convert. Mitchell immediately joined the rush out of the penalty box and set up Swavely for his second goal of the game. The Royals added insurance at 15:37 when Matt Strome scored on the power play.

At 9:09 of the third, the Mariners got one back on Eddie Matsushima’s first ECHL goal in his Mariners debut. Matsushima finished a wraparound from behind the net, off the skate of Royals goaltender Kirill Ustimenko. Matsushima was signed to a SPC from the Pensacola Ice Flyers on Monday, and had previously played two ECHL games with the Orlando Solar Bears earlier this month. The Mariners pulled LaCouvee with just over two minutes to go but could not get any closer. Ustimenko and LaCouvee each stopped 26 shots.

The Mariners return to the Cross Insurance Arena starting this weekend to play six of their first seven games of 2020 on home ice. Friday, January 3rd against the Jacksonville Ice Men is a 1-2-3 Friday, featuring $1 Aquafina water, $2 Pepsi products, and $3 Bud Lights through the start of the 2nd period. It’s also Bath Savings night, with puck dropping at 7:15 PM. Saturday, January 4th is “Hockey Day in Maine” featuring a doubleheader that begins with the University of Maine men’s hockey team hosting the University of Nebraska-Omaha at noon. The Mariners and Jacksonville follow with a game at 6 PM. Hockey Day in Maine packages are available at MarinersOfMaine.com which include discounted tickets to both games plus special Hockey Day in Maine collectibles. It’s also “Witchcraft and Wizardry Night.” 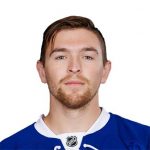 MARINERS ADD MORE HART TO THEIR LINEUP
Scroll to top