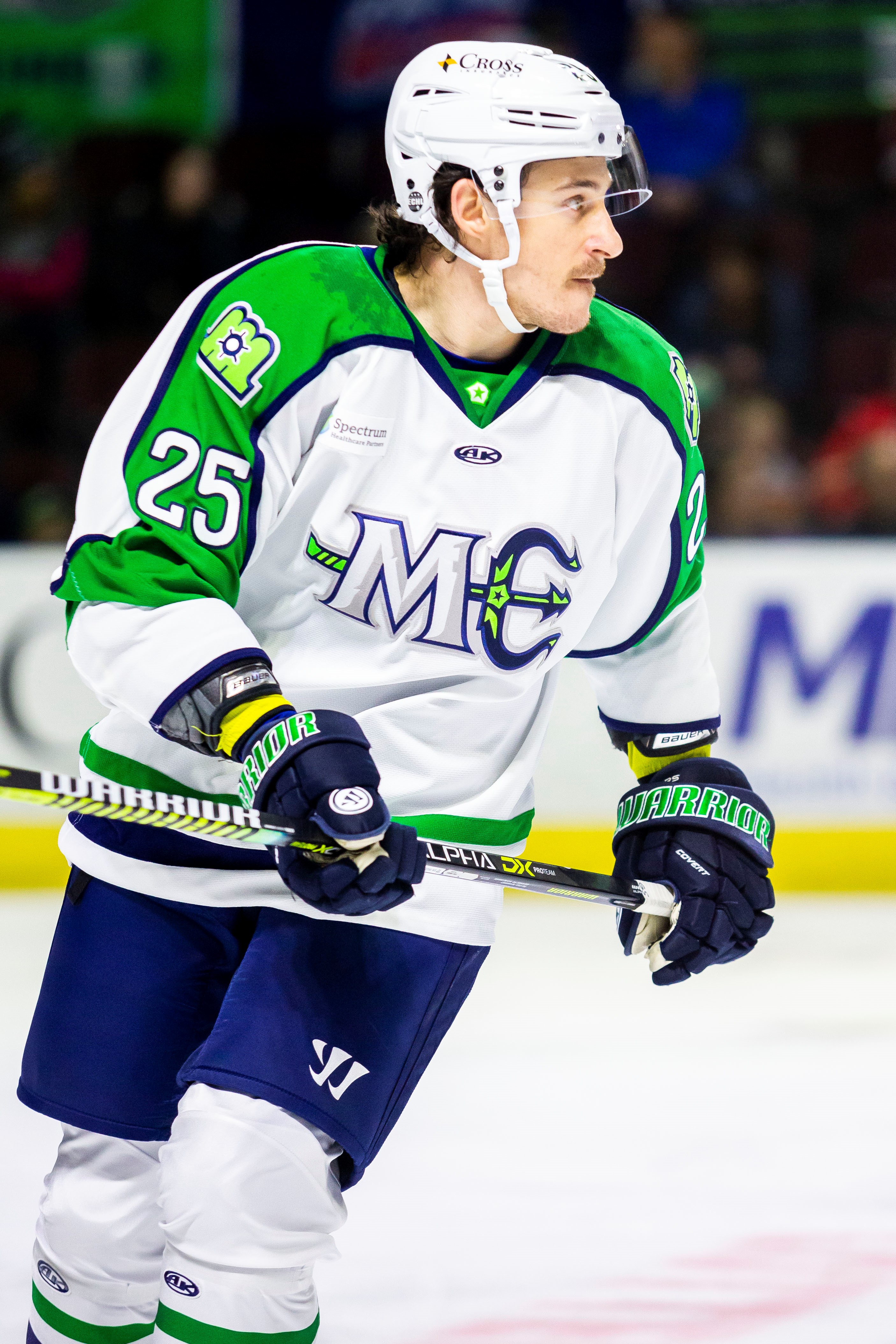 PORTLAND, ME – March 9, 2020 – Forward Andrew Sturtz was recalled to the AHL’s Laval Rocket by the Montreal Canadiens on Monday. Sturtz appeared in seven games for the Mariners after being assigned on February 21st.

A 25-year-old from Buffalo, NY, Sturtz signed a pro deal with the Ottawa Senators out of Penn State University in late March of 2018. He spent parts of the 2018-19 and 2019-20 seasons with Ottawa’s AHL affiliate, the Belleville Senators – appearing in a total of 35 games, scoring four goals and adding seven assists.

On January 3rd, Sturtz was traded from Ottawa to the Montreal Canadiens and assigned to Laval. On February 21st, he was reassigned to Maine. For the Mariners, Sturtz has played in seven games, scoring one goal, and adding three assists. He has played an additional four ECHL games this season for the Brampton Beast, with one goal and one assist. He has yet to make his Laval Rocket debut.

The Mariners are home on Tuesday at 7 PM to take on the Norfolk Admirals in the final non-divisional game of the year. This weekend, they have a home-and-home with the Railers – Friday at Worcester and Saturday at 6 PM at the Cross Insurance Arena. It’s “Beacon’s Birthday Bash,” and the first 1,000 kids in attendance 12 and under will receive a Mariners travel toothbrush. Groups of 10 or more can get discounted tickets by calling 833-GO-MAINE. Individual tickets can be purchased at MarinersOfMaine.com, at the Trusted Choice Box Office inside the Cross Insurance Arena, or by calling 207-775-3458. All Saturday and Sunday home games also feature the Family Four Pack – four tickets, four food and drink vouchers, and four Mariners beverage koozies, starting at $80, and must be purchased in advance.