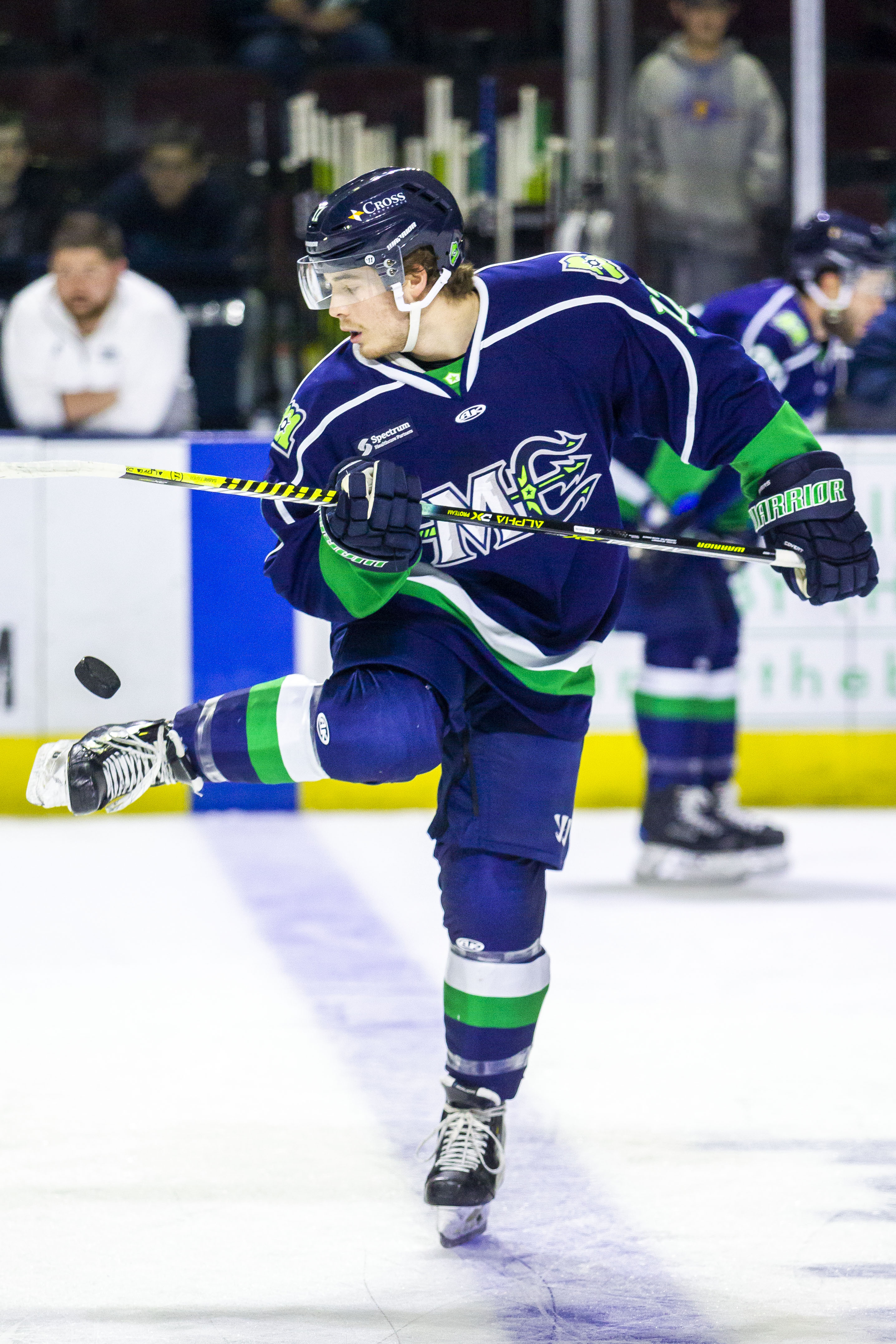 A: I did what I had to do and built the coach’s trust, in Riley [Armstrong] and [Anthony] Bohn. Overall, I think we had a great group of guys. When I was there for those 20 or so games, I felt like we were on a roll and even after I left, they kept up. I kept up to date with the boys and we were definitely a close group.

A: My favorite moment was the Christmas exchange. I thought that was pretty fun. We picked numbers out of a hat. We picked Christmas presents and then we swapped them.  On-ice personally, I scored a hat-trick and my third goal was a pass off the pad from [Michael] McNicholas. Me and ‘McNicks’ are pretty tight so that was a good moment this year with him and it was pretty cool.

A: The Make-a-Wish jerseys with the coloring on them! Those were really cool! I did like those a lot. That was an awesome uniform! 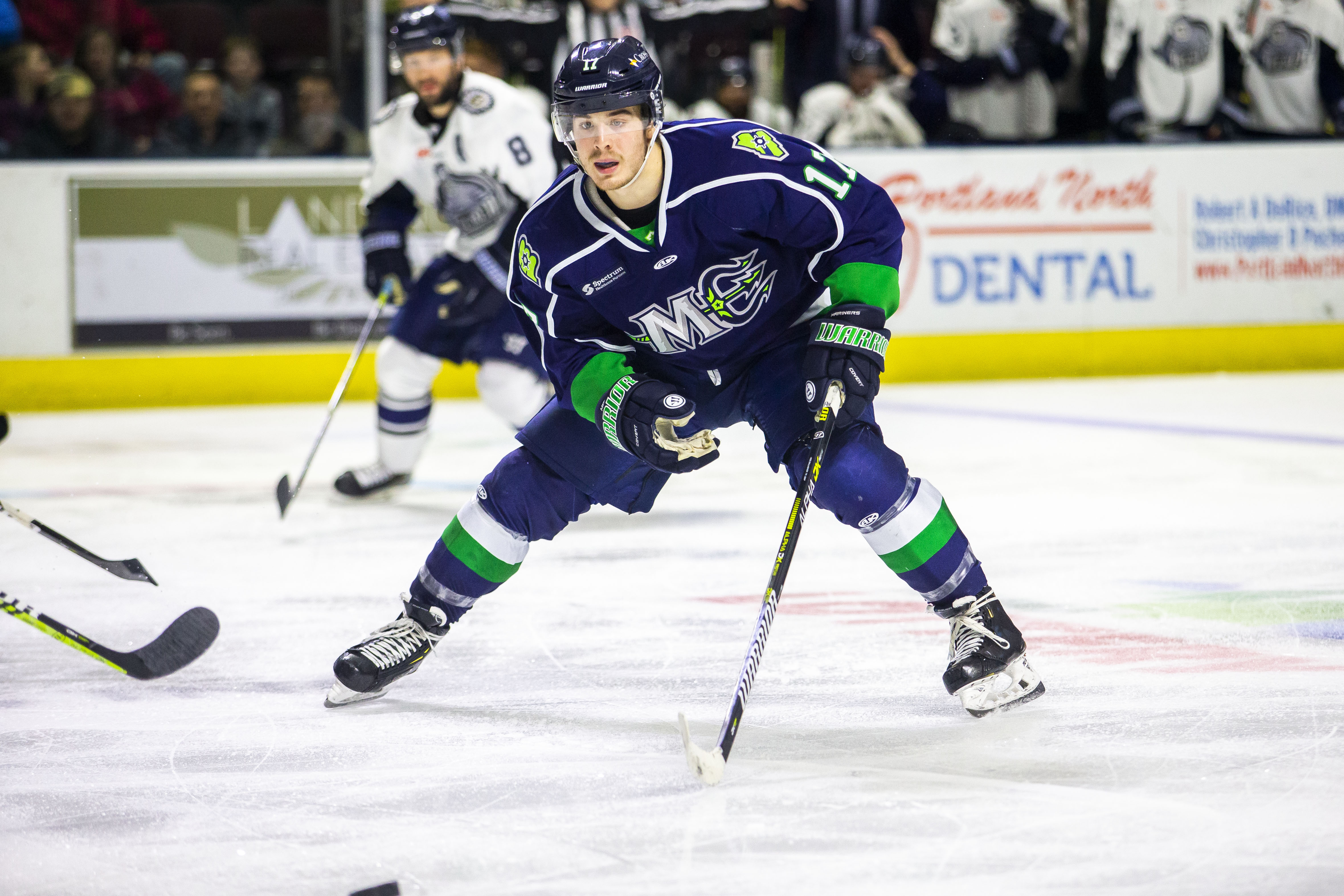 A: I was impressed by a lot of them! I think [Connor] LaCouvee really helped us secure a lot of wins! Our backs would be against the wall and we would be thinking “oh crap.” They would get one and we would go get one while he would be making saves left and right. So, I think Connor LaCouvee really opened my eyes. It’s funny how things really work out when you put things aside and just work for the goal of winning hockey games, you become brothers. Dillan Fox, Terrence Wallin, you look at them and they are just all-around professionals that know what it takes to win. I’ve got to throw my boy, Josh Couturier in there too. He came back from an injury and stepped in there and took control as a leader.

A: Definitely a thank you! It’s not the way we wanted to end when the season kind of just ended suddenly. I just want everyone to stay safe and healthy. Stay inside and do your part. Of course, we miss hockey too, but it is what it is. 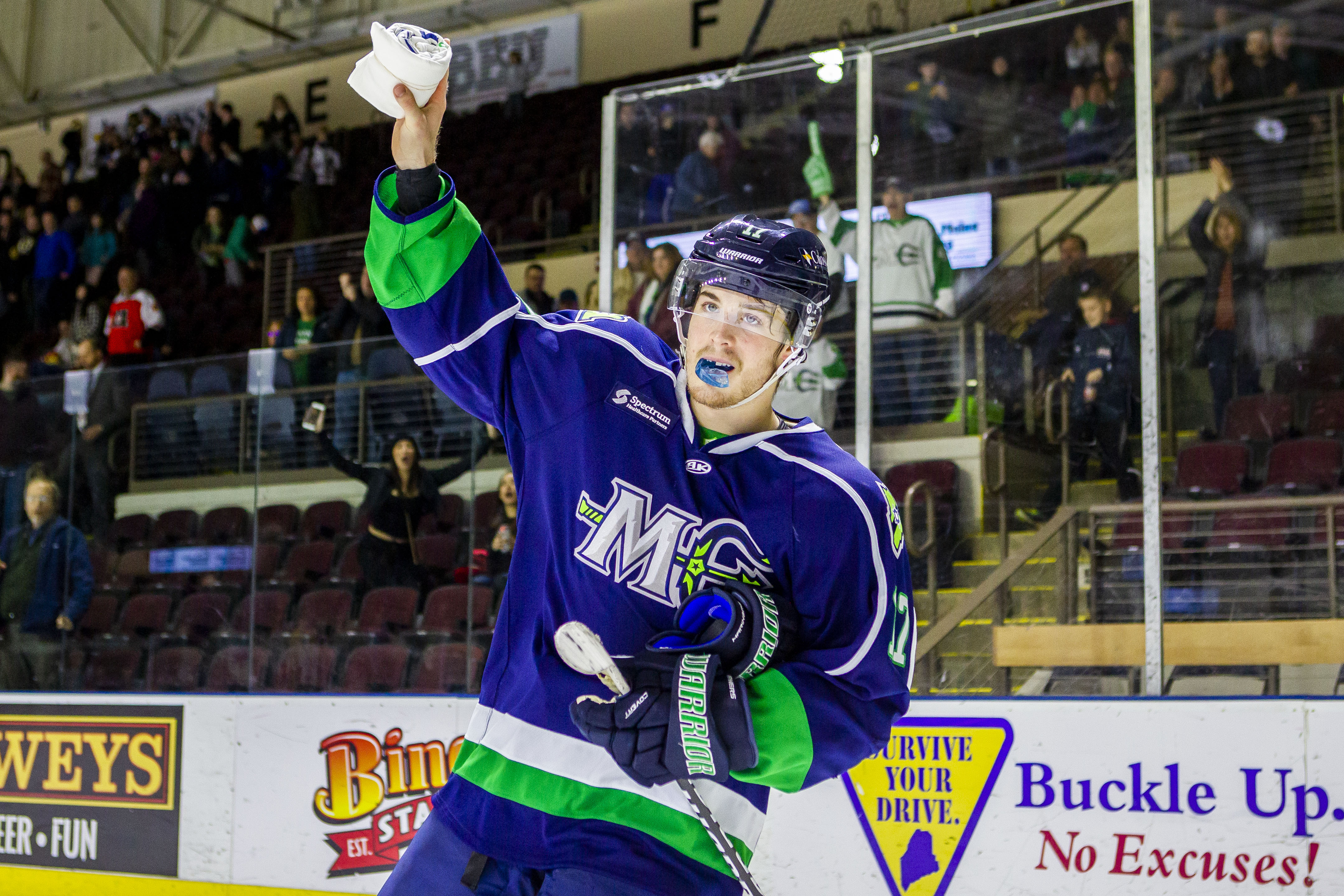