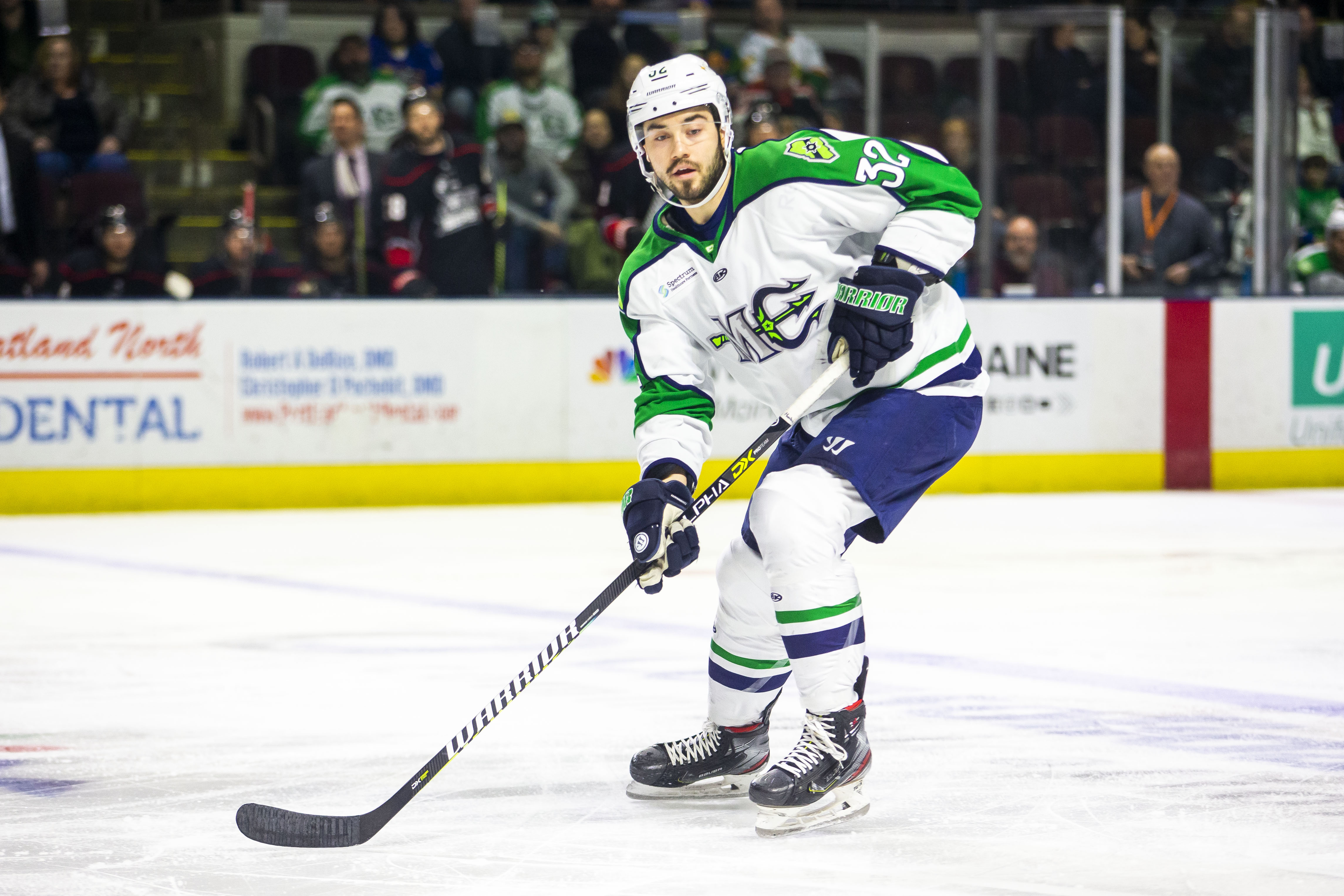 A: I think it started off like it did the previous year. We didn’t start off too hot, however, we were building a lot throughout the year and when we had that eight [wins] in ten [games], that’s when things started to click. Our couple wins against Adirondack back to back is when we got a couple points on them. From there, we started building as a team, everybody was chipping in. Another turning point was the road trip to Newfoundland where we got three wins out of four. We had a blast there, having all of the boys together. We bonded a lot there, plus a couple wins cheered us up and we were ready for what was coming next.

A: I’d say Newfoundland because that was our rookie party and since I was not there for rookie party last year on [Maine or Laval], I had to be part of it. It was a great time over there. It was really nice. There is a restaurant there that I really enjoy and it’s only in Canada. It’s called “The Keg”. I went there with [Zach Tolkinen] and it was really fun. We had a scavenger hunt where we had to find the dog that is on the logo of the [Newfoundland Growlers]. There was a great view of the ocean and the mountains, so I would say those two things there are really nice attractions. I did get “screeched” and I actually hung my Newfoundland Screeched official paper in my room, and I’ve still got it and I am real proud of it to be honest. 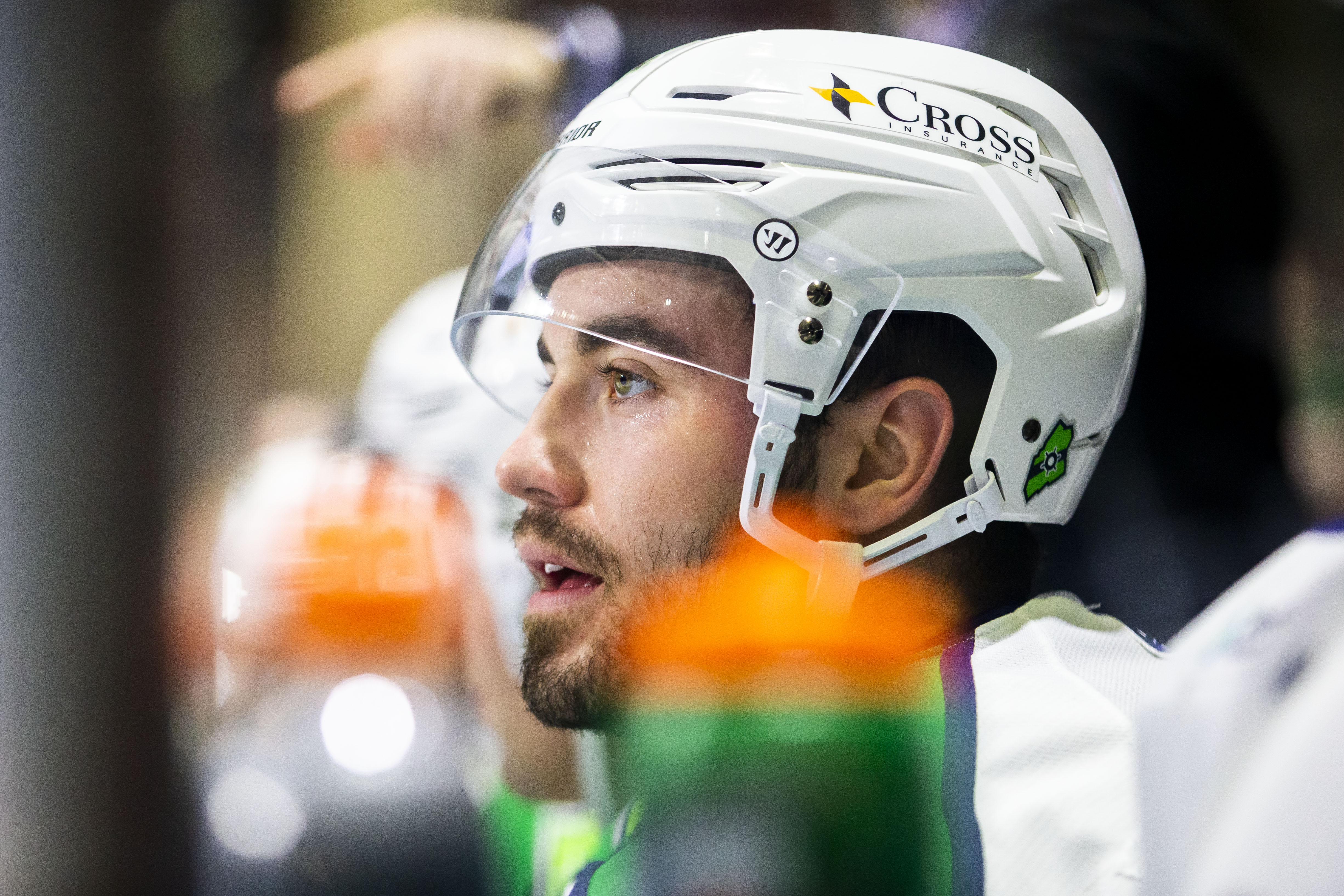 A: I’d go with the Miracle [jerseys] because let’s be honest, those jerseys were really amazing. They were the top jerseys that we have worn in the last two years. They did a great job with them. The movie tribute was really sick too. That night was the best one throughout the year.

A: I’d got with [Dillan Fox] and Ted Hart. Foxy came out of the gates from day one and contributed. Ted got cut as one of the last guys [in training camp]. When he came back with us, he contributed on offense and also defense. He played with a lot of different players throughout the year. He showed that he has his place on the team. So, I would say that these two guys were the guys that really showed up.

Q: Did you meet any personal goals? If yes, what were they?

A: My first part of the year was not how I wanted, obviously. I wasn’t getting many points and I waserased from the game for a bit, but I am way happier with the second part of the season. After Christmas I started putting up points and started contributing to the team’s success more. For the first

part it was tough but after that it was alright. I actually think I need to fight [Yanick Turcotte] every year, and maybe I will do it first game, because it was the same thing the year before. I fought him and after that, my season went upwards. From that, it clicked and made me realize what I have to do to help the team. When I did my job of being physical and doing what I had to do, I was able to get points and help out the team, so I would say that was another turning point this year.

A: Yeah, of course! Thanks again for the major support that the people of Portland gave us, because even if it was a weeknight or weekend, or winning or losing, the fans were always there and always cheering for us. They’re our seventh player on the ice all the time and we are really lucky to have them! Be safe out there with all that is happening. I will see you guys next year, and I am really looking forward to seeing you guys! 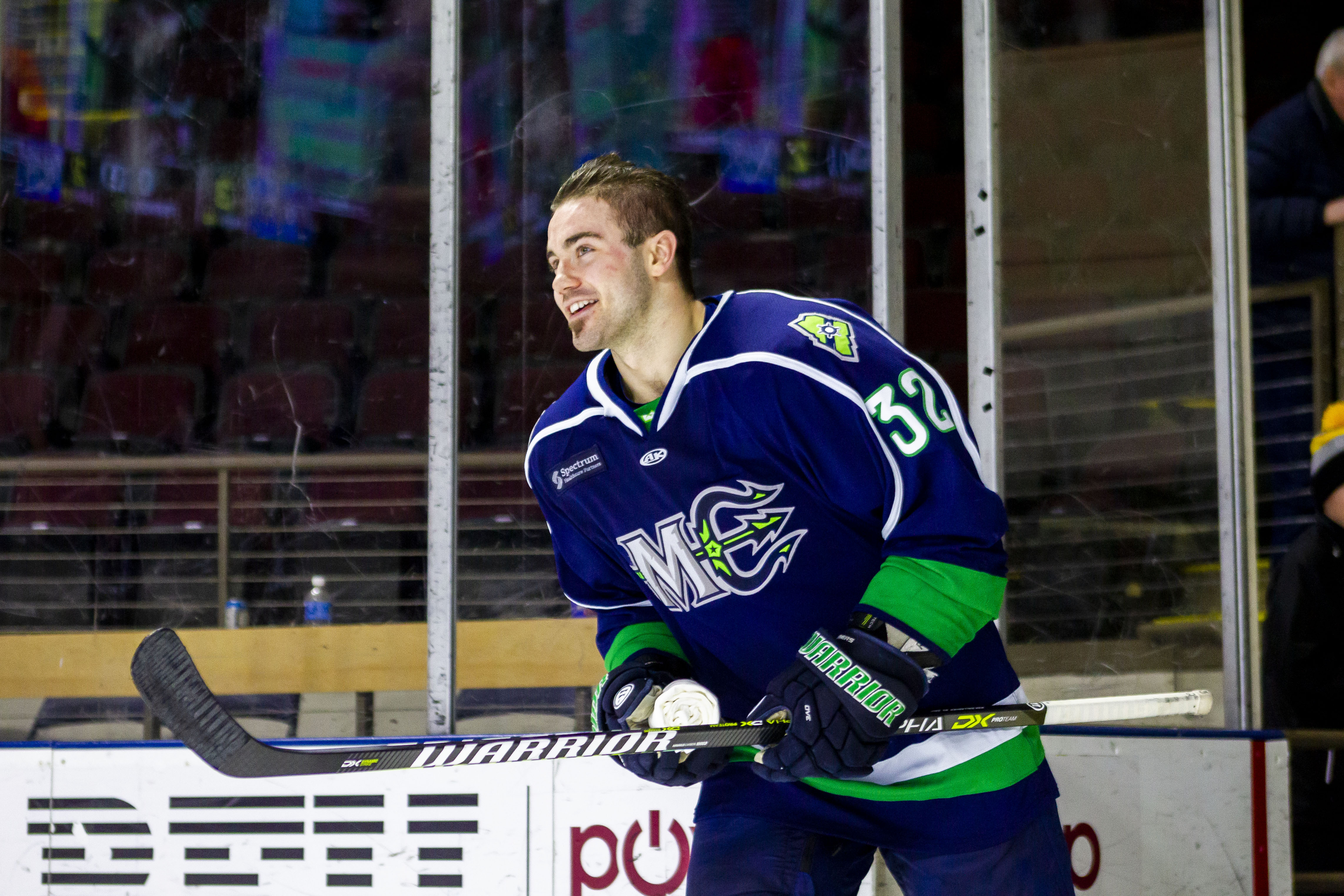 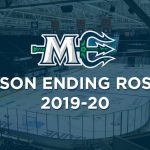