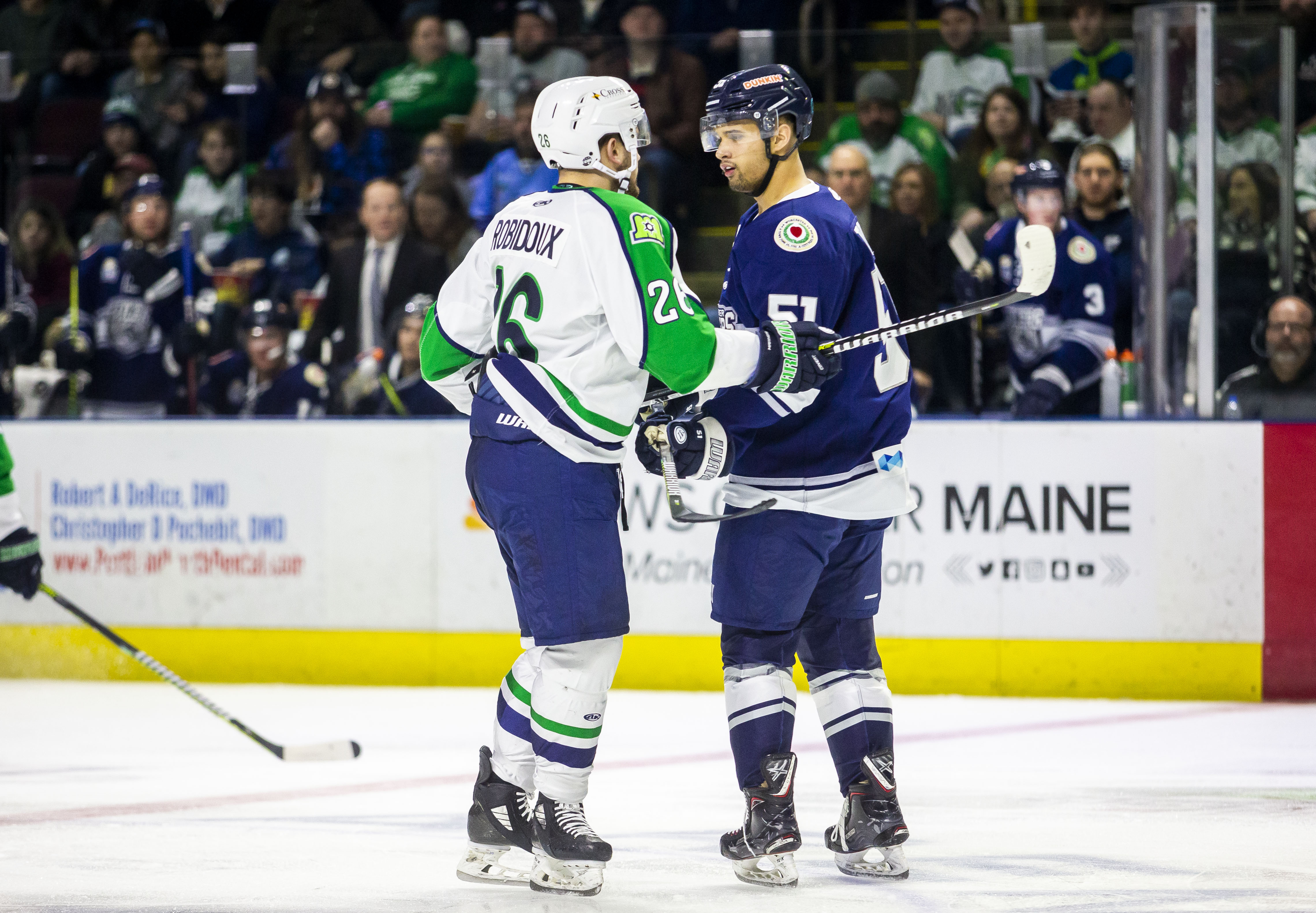 A: I arrived at the start of January, so for the time I was with the team, I think we had a good  year after Christmas. We were battling for a playoff spot. I think we could have gone into the playoffs and maybe won a round or two. We could have made a run, but we had a good year overall.

Q: What was your favorite community engagement?

A: I went to the South Portland Food Cupboard and I really enjoyed my time there. It was really nice helping people in need. That was my favorite one, just to be there and for it to be involved in such a great cause and to be a part of it. 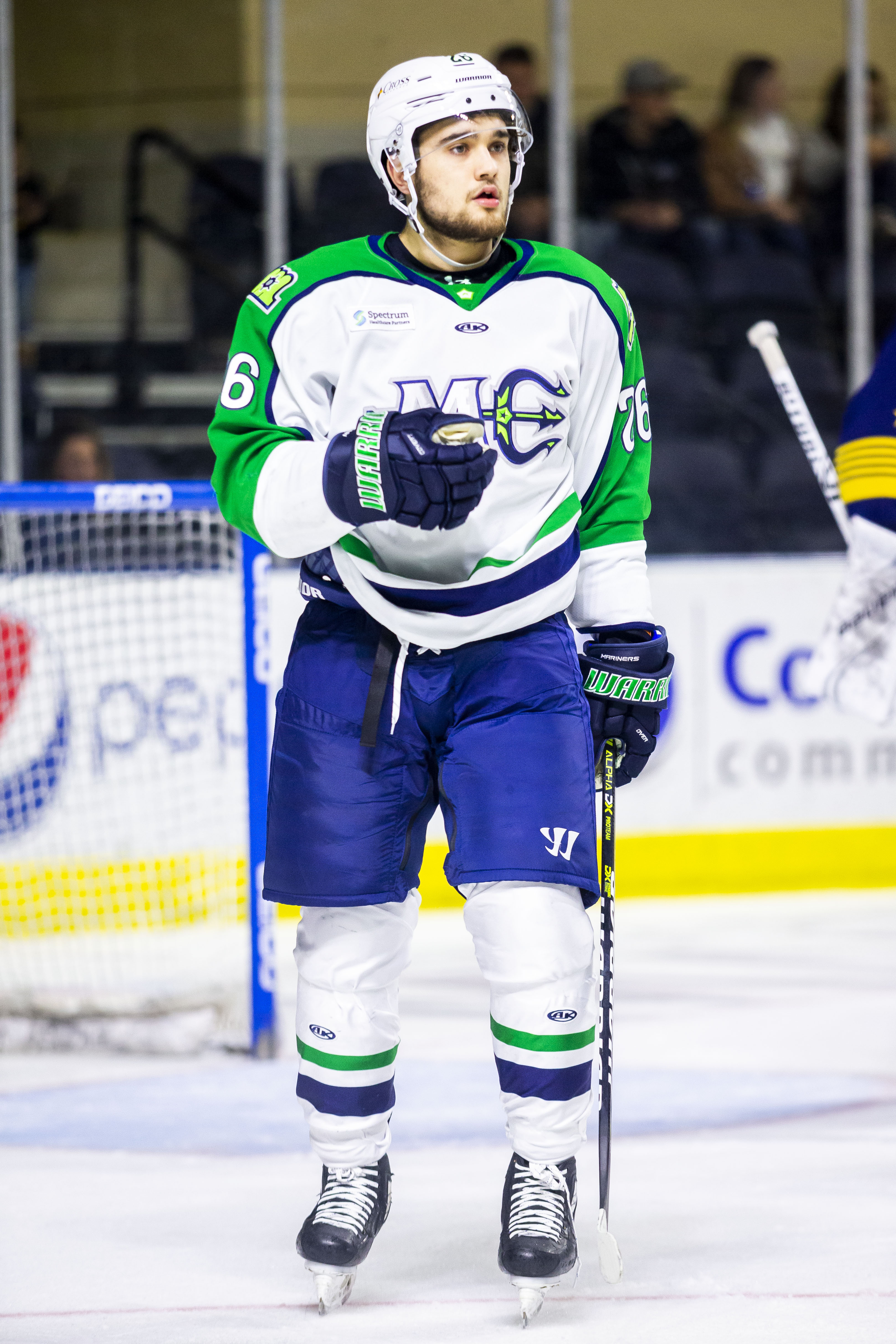 A: There is a lot of guys that I’m impressed with! I’ll go with Dillan Fox. Just a hard-working guy, every night showing up. I’ve heard a little about his story, not being a regular player in the league until last year, then coming in this year and being nearly a 30-goal scorer. That’s pretty impressive. He put a lot work in.

A: Yeah! Playing pro hockey was one of my personal goals for sure! I wasn’t expecting to play pro hockey this year at 20 years old. I don’t want to say I reached a lot of goals, because I want go higher and get a little more, but I did reach one by playing pro at 20 years old.

Q: Is there anything you would like to say to the fan base?

A: OH YEAH! Thank you for your support! Honestly, I was in Portland for just a couple months and I already saw how the fans are supporting the team. They’re incredible! The one thing that’s sad right now is that we couldn’t give them playoff hockey! I think the city of Portland is a hockey city. They love hockey and they deserve playoff hockey. Hopefully we will give it to them next year! 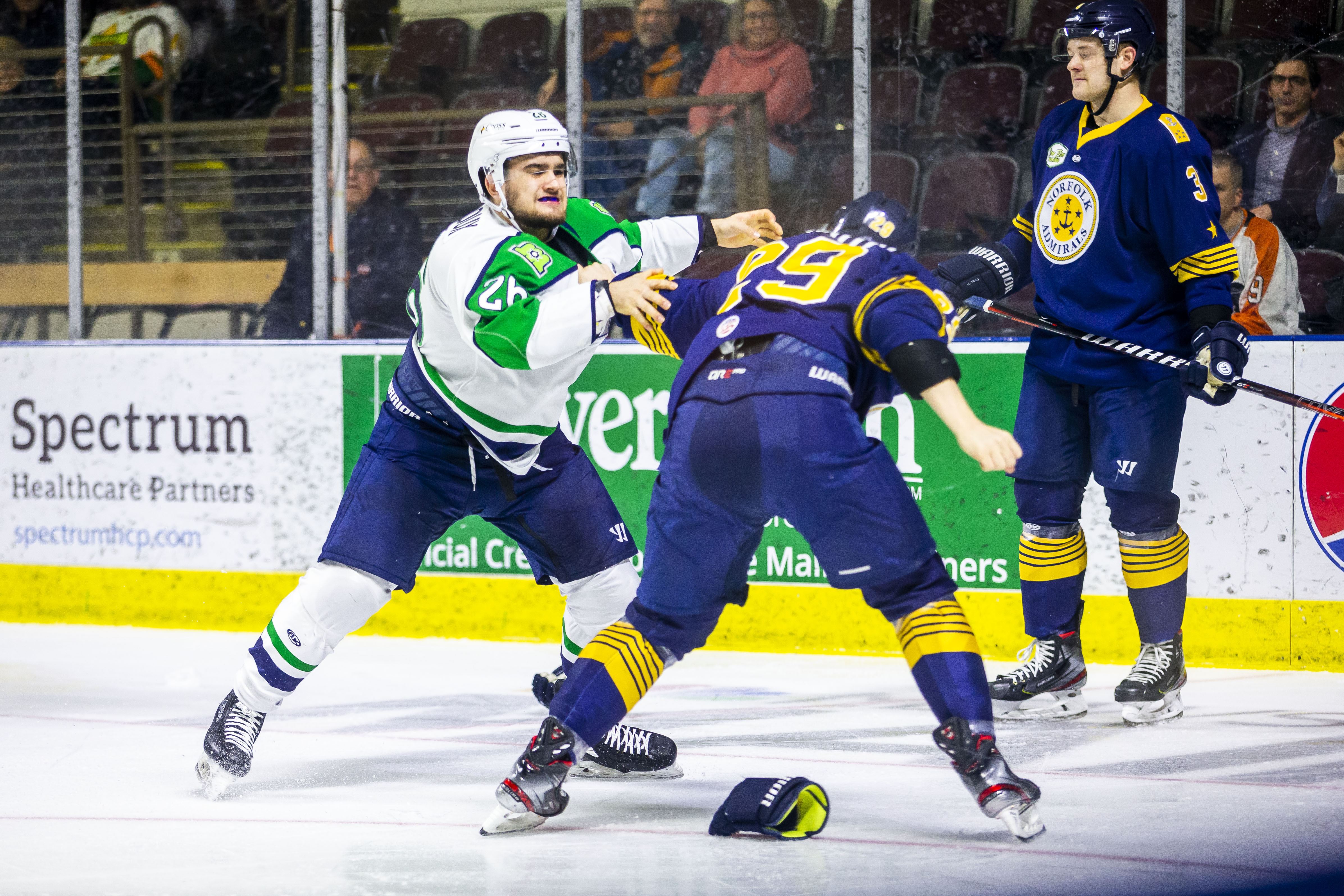