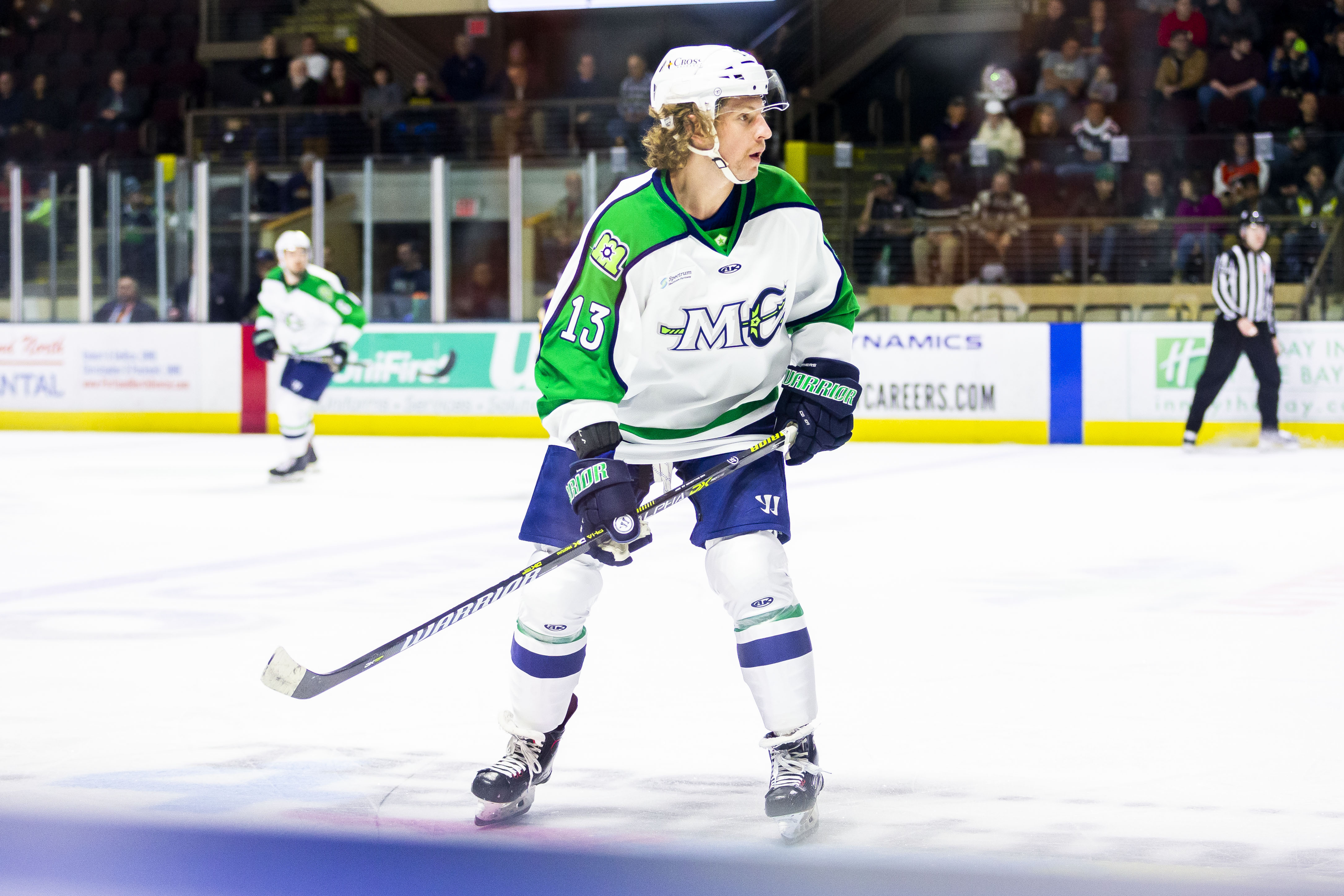 A: I think it went pretty well. I think us as team grew as the year went on, which I think was huge. When we looked at our schedule half of it was against two teams, [Worcester and Adirondack]. When you look back at our matchups against those two teams, I think we took care of business. We set ourselves up pretty good. I think we would have clinched [a playoff spot], so all-in-all a pretty good year.

A: It was when we were in Newfoundland and they had won 19 in a row and we went there and took three out of four. It’s not the easiest trip going up there. It really brought the team together, being able to win three in a row there. That really set us up for that playoff push. That was a really fun trip.

A: My favorite night was early in the year when we wore the Teenage Mutant Ninja Turtle jerseys. For me, the jerseys I don’t really even think about, but I just remember that night because there was a good crowd and we came from behind and scored late. I remember that gave pretty well. 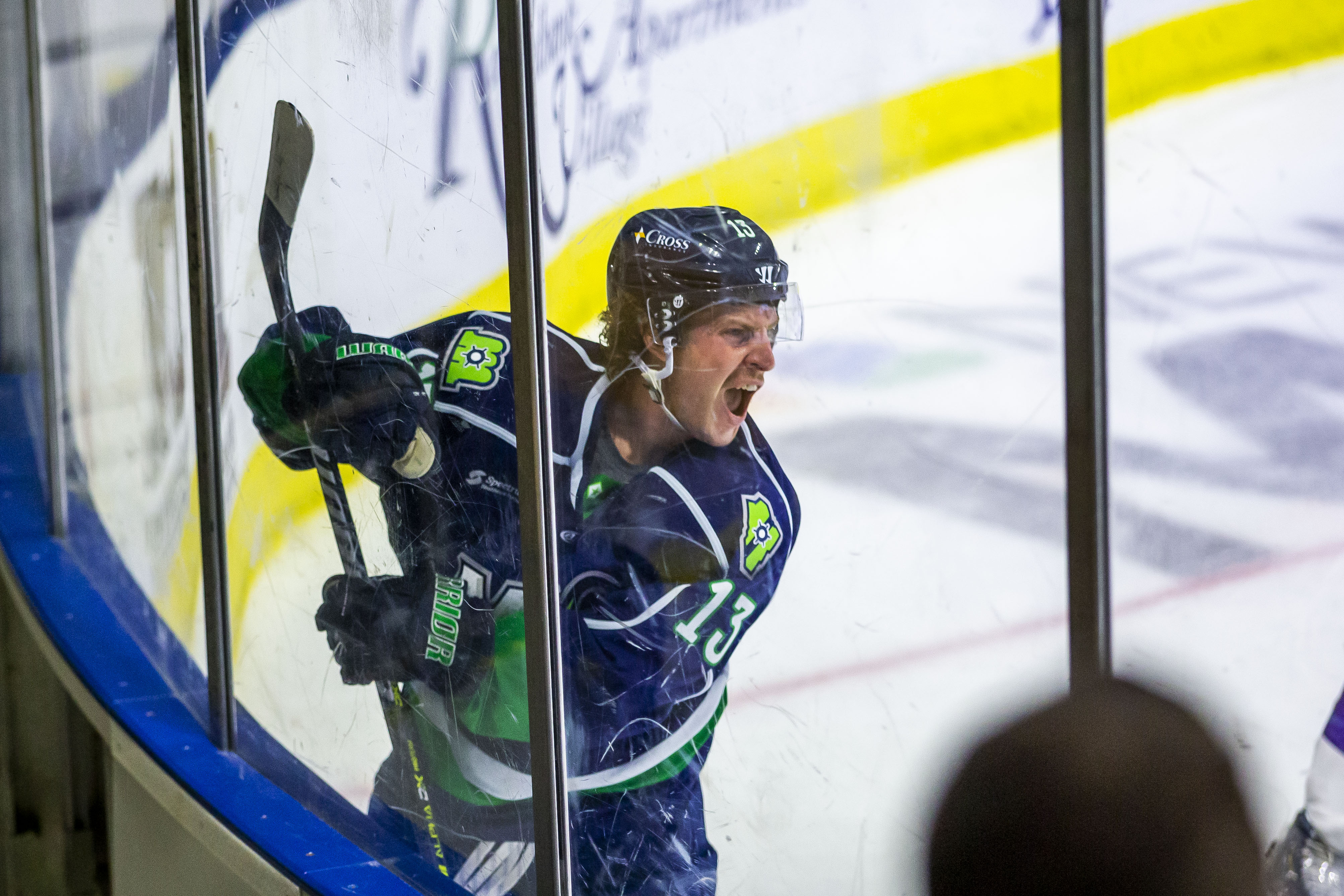 A: There’s a lot of guys that you could pick. I’d have to say [Francois] Brassard, the way he was the third goalie at the beginning of the year and didn’t play a game until December 10th. He just kind of stepped in and didn’t miss a beat. Same with him when we were in Newfoundland, he played awesome! I think you have to look at a guy like [Marc-Olivier] Crevier-Morin as well. He wasn’t always on the score sheet, but just showed up every night. With guys going up and down, he was able to play big minutes for us whenever we needed him. Terrence Wallin too, obviously. He was huge all year. Playing in the middle spot, playing center with guys going up and down, he just always played the same role. He lost a couple teeth too. We will go 60/40, 60% of that was my fault, 40% his fault.

A: Yeah for me personally it was a pretty successful year. I think after last season, having the second half that I did kind of worries you that you will come into this year that you will do the same thing, but I think I just grew as a player. I was able to get 20 goals, which it was hard for me to get into this league at one point, so to get that 20 goals is pretty special. Then obvious, getting my first AHL call-up was huge. Getting a taste of the next level and producing was huge. Hopefully I’ll get a couple more next year and do the same thing.

Q: Is there anything you would like to say to the fan base?

A: Yeah, they were great all year! I think our jobs, you’re not always in the same place for a while, but I was there pretty much the entire season, so I got the chance the get familiar with the same faces and for me personally, they were always supportive. You can definitely feel the tension in the building when we need a goal or how we are playing so they are really engaged and that is all we can ask for as a player. 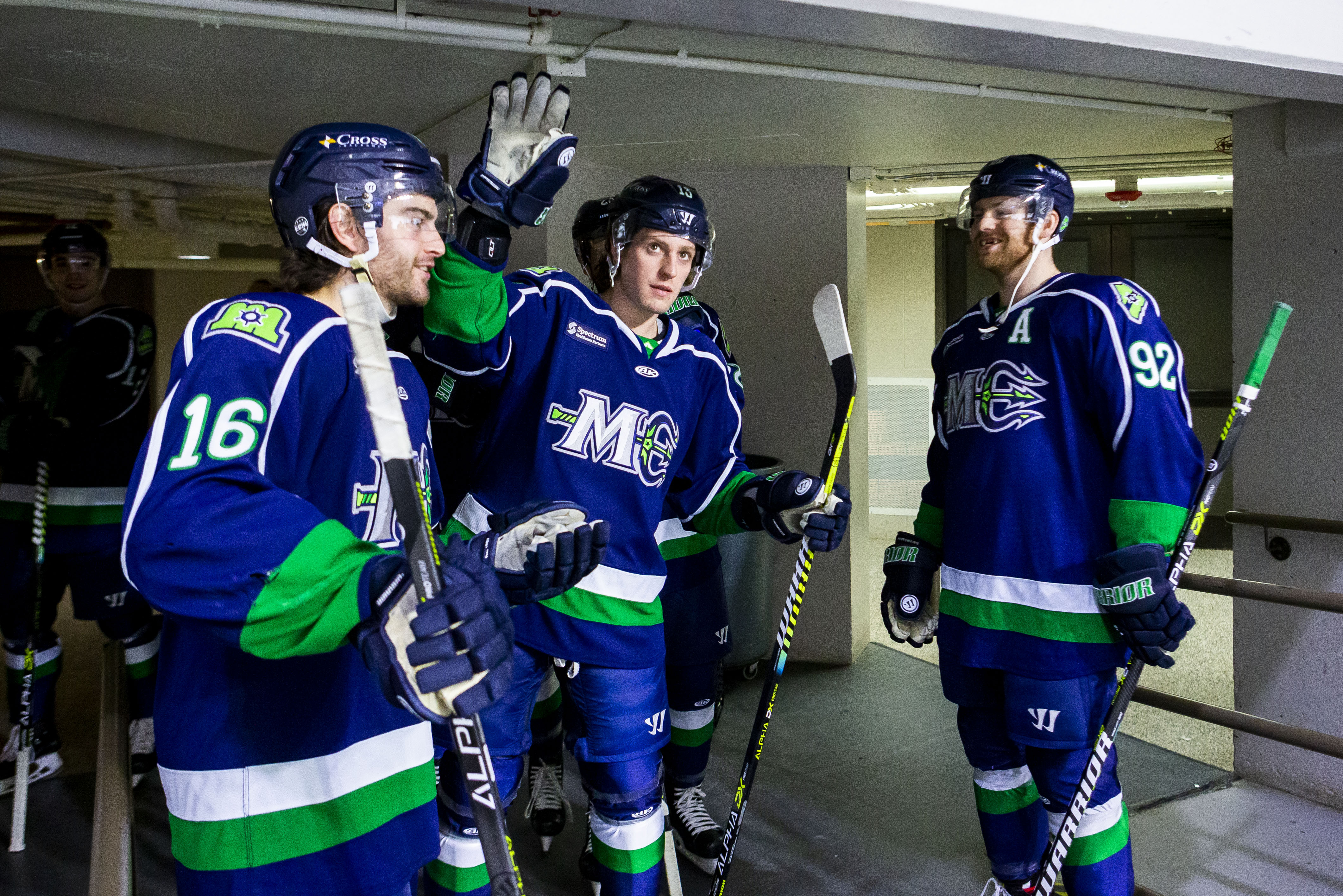