A: It definitely was better than last year. We just had more guys bought in. We would have made playoffs too, which was a bonus, but I just feel like we were all more bought in defensively. We just had a better team this from the defensive standpoint. The offense was about the same, but defense is obviously more important.

A: That stretch in December when we beat Adirondack in the six games. That was a great stretch for us. Everybody says the Newfoundland trip, but that is true. We went up there and had our rookie party. We got to explore the city a little bit and won some big games, three in a row. That was definitely the highlight of the season. Our rookies explored the whole city and had to “get screeched”, you have to kiss a fish and it means that you have officially been in Newfoundland. They got to connect with the locals and talk to them, ask them questions. It was a lot of fun!

A: From a jersey standpoint, I like the USA jerseys, those were clean. I also liked the Make-a-Wish night because I know how much it means to the kids the designed the jerseys. I have personal experience with that, with my buddy’s sister. It means a lot to those kids, so that cool!

A: Obviously when you think about the season, you think of guys that are playing the most, like

Bleackley, Wallin, Fox, McNicholas, but I definitely want to give credit to a kid that doesn’t get credit at all, that is Ryan Ferrill. He is a kid that has been with us for two years now. He did not complain one time. He’s a great teammate, even when he is scratched, he’s not complaining. We moved him back to defense at the end of the year and did really well. He fights, he hits, he blocks more shots than anybody. So, I’d like to give him some credit too. Another guy that comes to mind is Brian Hart, another kid that doesn’t get credit. He came to us in the middle of the year, and I know that feeling of joining a new team and you don’t really know what to expect, but at the end of the year he was probably our most liked guy on the team. He’s hilarious, everybody loved him, he is always happy! I liked seeing him come to the team and fitting in so well. He’s the best, everybody loves him!

A: Yeah, for sure! They were great. The thing that I definitely notice with the fans was, even when we were losing, the following game, they were even stronger than before. At the end of the year, I think we lost four games in a row. All four of those games were great crowds. No matter if we’re winning or losing, they support us, which definitely helps. There are teams in the league that don’t win a lot and you can tell by their fanbase. When we’re losing games, they were still there, which is good! 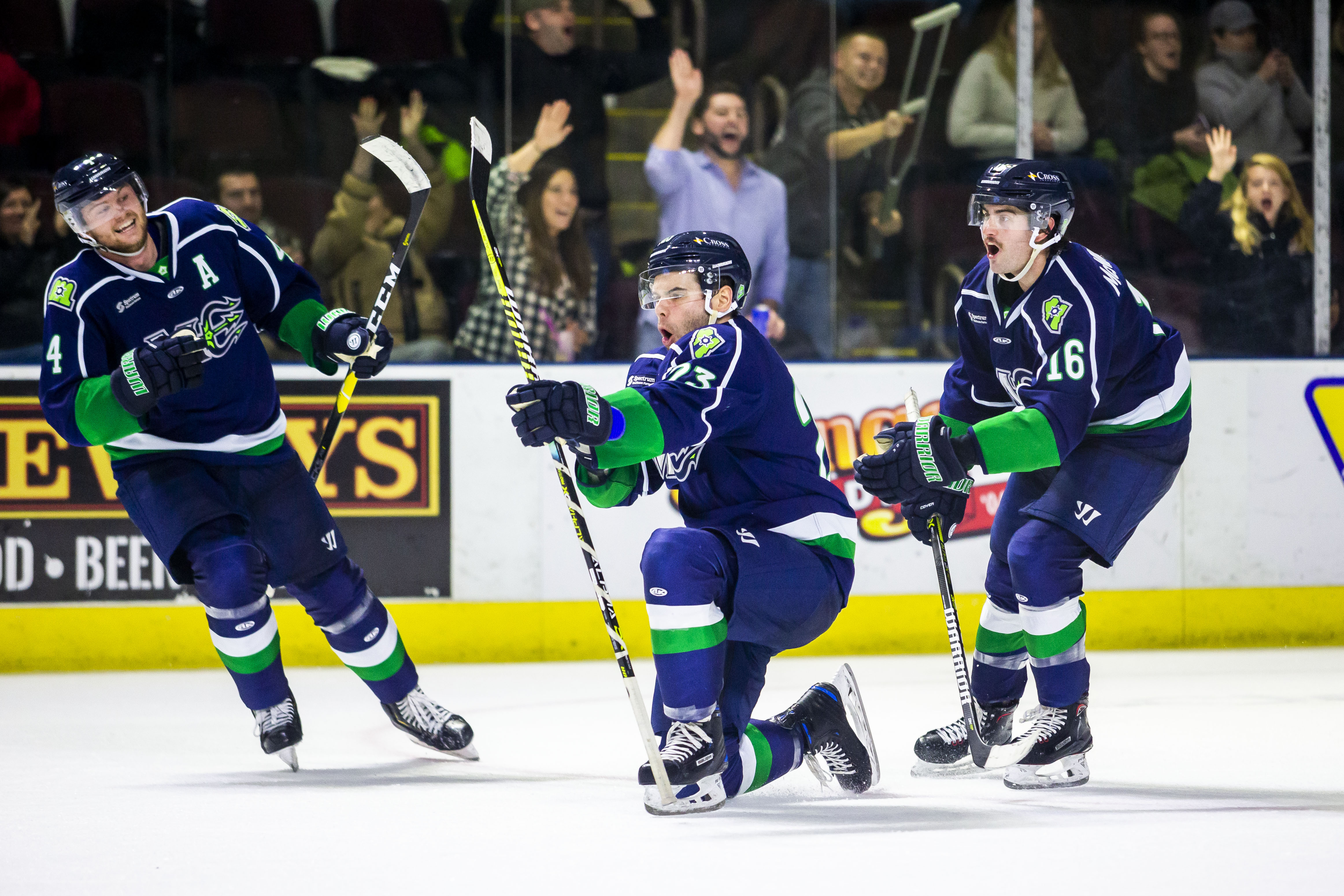