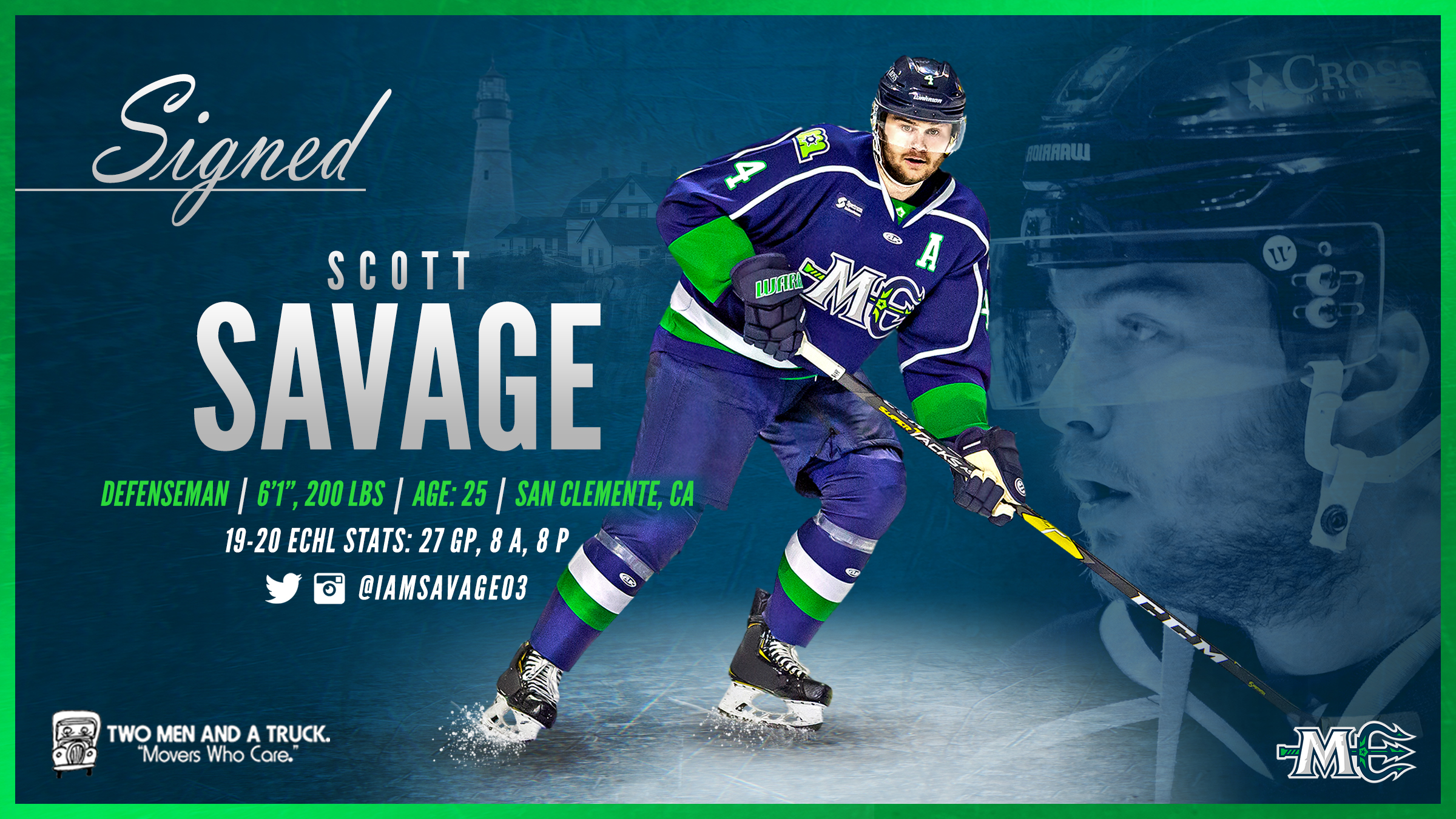 PORTLAND, ME – October 19, 2020 – The Mariners have signed defenseman Scott Savage to a contract for 2020-21, the team announced on Monday. Savage has been a part of each of the first two Mariners seasons, serving as an alternate captain. Last season, he was under contract with the AHL’s Milwaukee Admirals.

“I couldn’t be more excited to return to Maine for the upcoming season,” said Savage. “We are returning a big part of our core from last season that was on the verge of something special. We are all hungry to get into the playoffs and make a run for the Kelly Cup.”

Savage, 25, is a native of San Clemente, California. He signed with the Mariners as a free agent prior to the franchise’s inaugural season of 2018-19. Savage was named an alternate captain in October of 2018. He scored three goals, adding 11 assists in 23 games for the Mariners, before being loaned to, and ultimately signed by the AHL’s Milwaukee Admirals. Savage played in 19 games for the Admirals in the second half of 2018-19, before suffering a season-ending lower body injury. 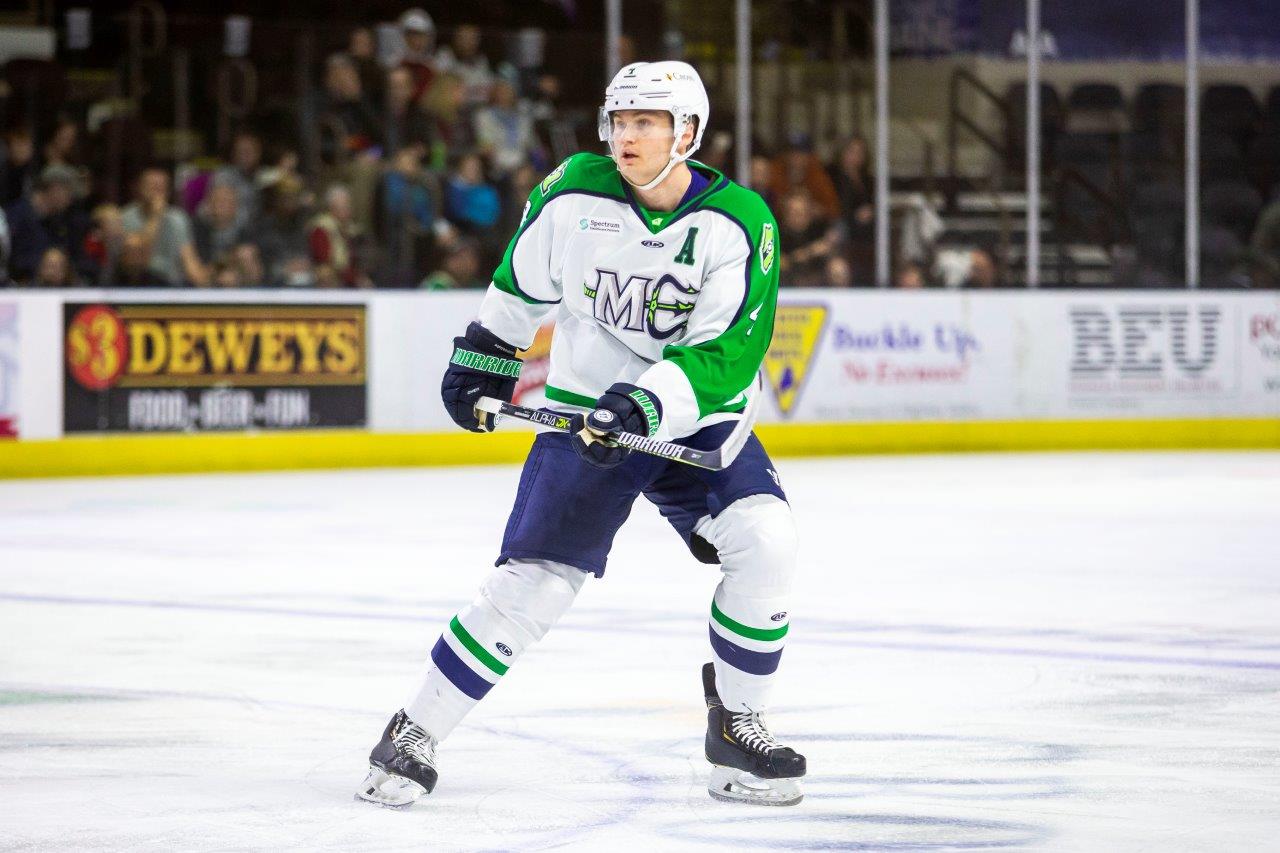 The Admirals re-signed Savage for 2019-20, but he spent the majority of his time in Maine. In 27 games for the Mariners, Savage registered eight assists. He also played in two games for Milwaukee. It was another injury-plagued season for the two-way defenseman, who had just returned to the Mariners lineup before the pandemic canceled the season.

Prior to his pro career, Savage was a part of the U.S. National Team Development Program for two seasons, before going on to play for Boston College from 2013-17. After a big senior campaign in which he posted 29 points (5 goals, 24 assists), Savage signed his first pro deal with the Cleveland Monsters of the AHL in the spring of 2017. He began the following season the Monsters, but after 16 games was assigned down to the ECHL’s Jacksonville IceMen, where he spent the majority of 2017-18.

“COVID-19 might have been the best thing for Scott,” said Riley Armstrong, Mariners Head Coach & Assistant General Manager. “After coming off an injury to end the 18-19 season, he was finally finding his game when the lockdown happened. Scott is a true pro and using this time off, he is making sure he is back to playing form when he first signed in Maine. Scott is such a big piece not only to our D but to the team. He is a leader in room, plays big minutes and I personally think he is too good for the ECHL.”

Savage is the fifteenth announced Mariners player signing for 2020-21, and the fifth defenseman. Click here to view the current roster in full.

The Mariners are scheduled to begin a 62-game season on January 15th, upon jurisdictional approval. Full and half season ticket packages as well as mini plans and flex packs for the 2020-21 season, sponsored by Hannaford To Go, are available by calling 833-GO-MAINE. The Mariners are hosting a virtual 5K event, the “Ners 5K” from November 1-8, with a portion of the proceeds benefiting the United Way of Greater Portland. Fans can register through the end of October. The latest Mariners merchandise, including a new third jersey and face coverings are available at our online store: MarinersOfMaine.com/shop.