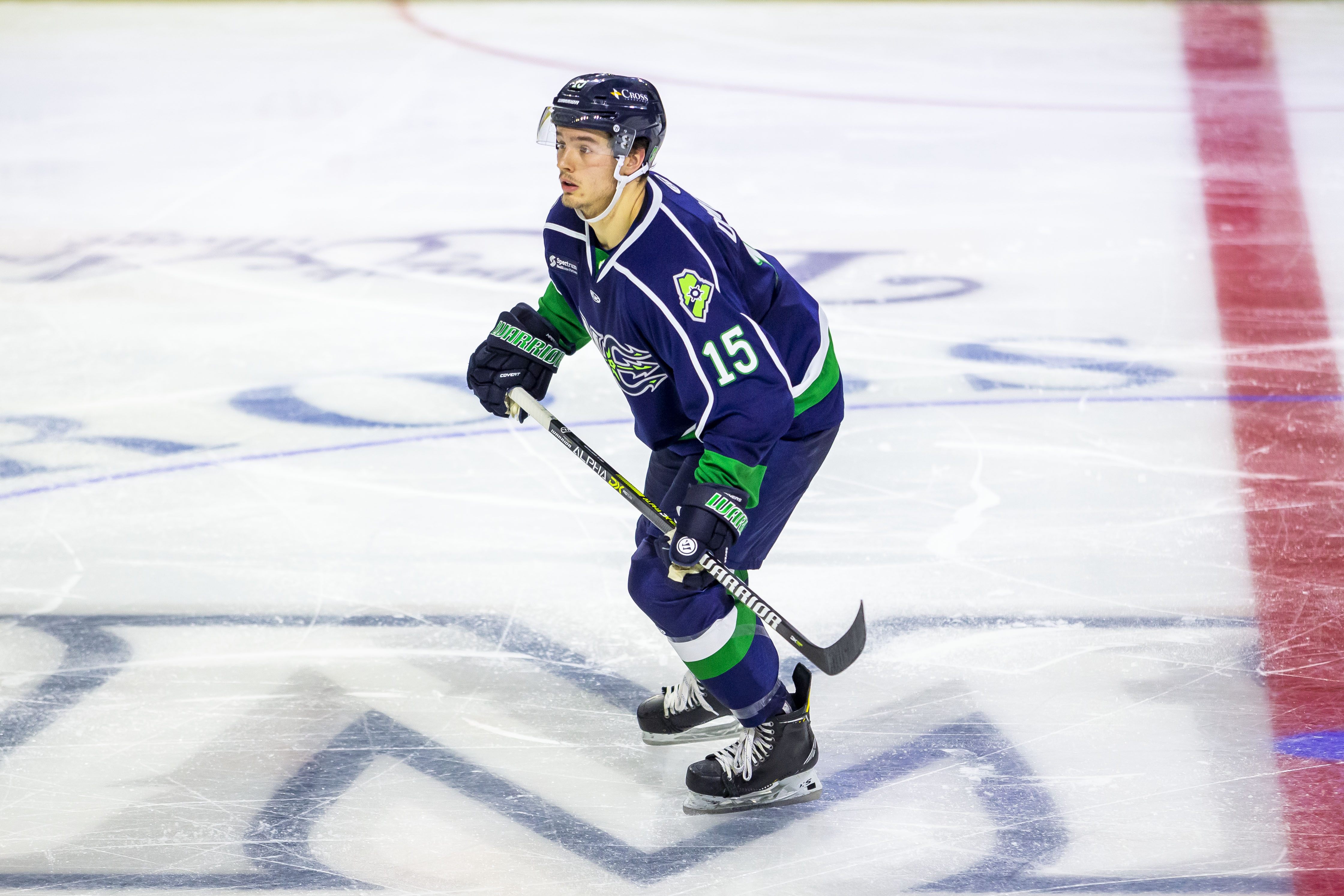 PORTLAND, ME – December 18, 2019 – Forward Ryan Dmowski was reassigned from the Hartford Wolf Pack to the Maine Mariners on Wednesday. The 22 year old forward started the season in Maine before being recalled to Hartford on November 3rd.

A native of East Lyme, CT, Dmowski joined the Hartford Wolf Pack organization out of college last spring. Finishing his career at UMass-Lowell, Dmowski put up double-figure goals as both a junior and a senior, leading the River Hawks with 14 in his final college season of 2018-19. In 10 games with the Wolf Pack at the end of the season, Dmowski scored one goal with three assists.

Dmowski was assigned to the Mariners to begin the 2019-20 season and suited up in a total of six games, registering five points. After being held off the scoresheet in his first two ECHL appearances, Dmowski went on a four game point streak from October 23rd through November 2nd, leading to his call up on November 3rd. He scored his first ECHL goal on October 23rd at Adirondack, also adding an assist in the game. He followed with assists in his next three.

In ten games with the Wolf Pack this season, Dmowski has no points. Prior to UMass-Lowell, Dmowski played for The Gunnery Prep and the USHL’s Des Moines Buccaneers.

The Mariners are in Glens Falls, NY this week for a pair against the Adirondack Thunder and back home immediately following Christmas on December 26th and 27th to host Adirondack and the Reading Royals. Thursday, December 26th is a 7 PM faceoff and is Nickelodeon Takeover Night featuring Teenage Mutant Ninja Turtles Specialty Jerseys. The puck drops at 7:15 PM on Friday, December 27th and is STEM Night – focusing on science, technology, engineering, and mathematics. It’s also a 1-2-3 Friday, featuring $1 Aquafina water, $2 Pepsi products, and $3 Bud Lights through the start of the 2nd period. Both games also feature the “Skate and Scarf” package, where fans can get a ticket to the game, a Mariners scarf, and a pre-game skate with Beacon the Puffin plus a snack buffet. Only 100 packages are available for each game.