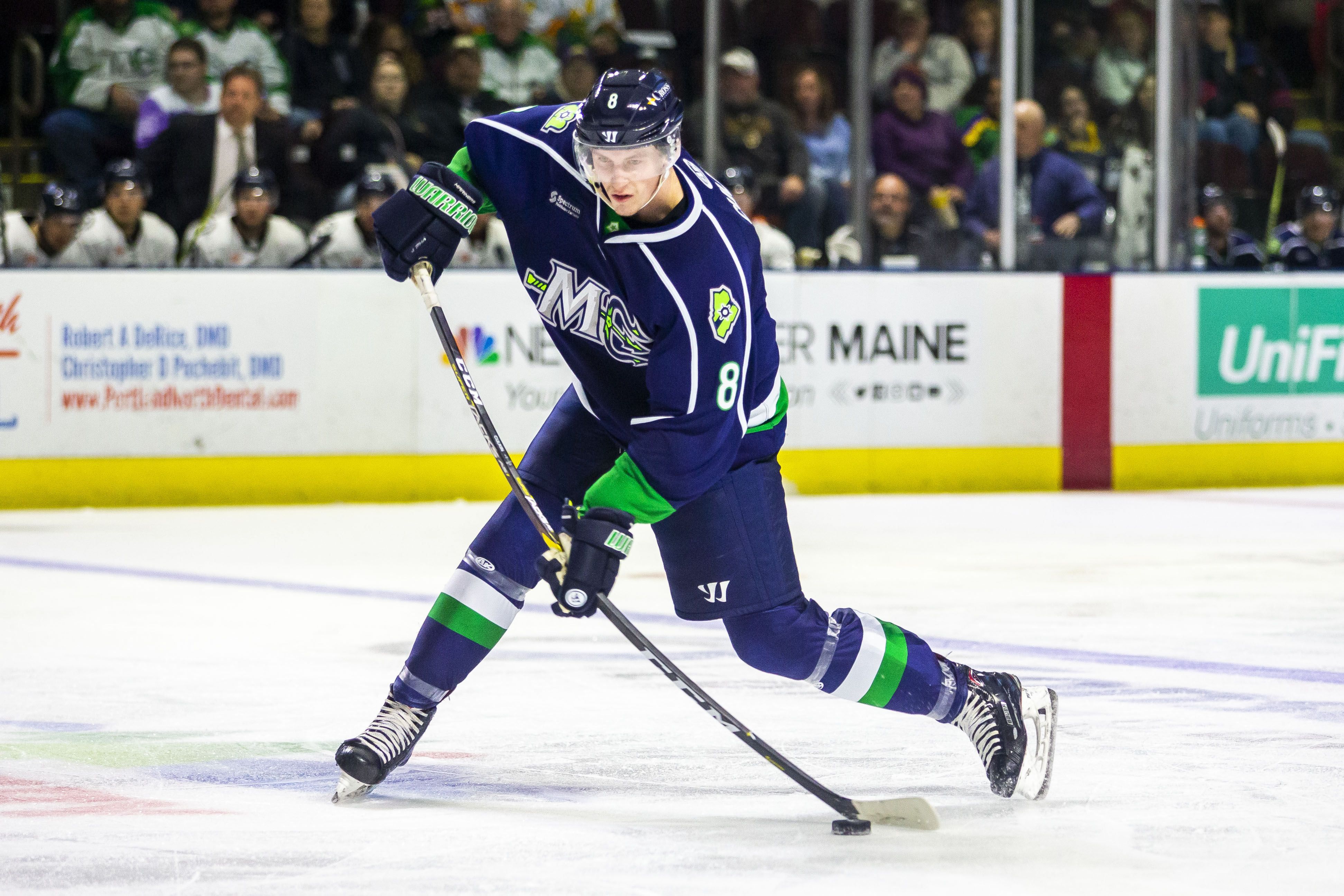 ST. JOHN’S, NL – February 17, 2020 – Defenseman Ryan Culkin was recalled to the AHL’s Laval Rocket on Monday. Culkin, who is under contract with the Rocket, gets his second call up of the season, having previously appeared in one game for the Rocket in November.

Culkin has been under contract with the Rocket since the start of the last season, and has played 11 games for them, with one goal and eight penalty minutes. Earlier this season, he was recalled on November 25th, appeared in one game, and was returned to Maine on December 19th. In total, Culkin has played in 94 career AHL games including stints with the Adirondack Flames and Stockton Heat in addition to Laval.

The Mariners resume their series in Newfoundland with games on Tuesday and Wednesday, both beginning at 5:30 PM ET. After the road trips wraps up at Adirondack next Saturday, the Mariners will be back home on Sunday, February 23rd for “Miracle Night,” celebrating the 40th anniversary of the Miracle on Ice at 3 PM against the Growlers. The Mariners will be wearing Team USA inspired jerseys, which will go up for auction starting January 12th on the Handbid App. There will also be a postgame screening of the Disney movie on the video board. Groups of 10 or more can get discounted tickets to all games by calling 833-GO-MAINE. Individual tickets can be purchased at MarinersOfMaine.com, at the Trusted Choice Box Office inside the Cross Insurance Arena, or by calling 207-775-3458. All Saturday and Sunday home games feature the Family Four Pack – four tickets, four food and drink vouchers, and four Mariners beverage koozies, starting at $80, and must be purchased in advance.