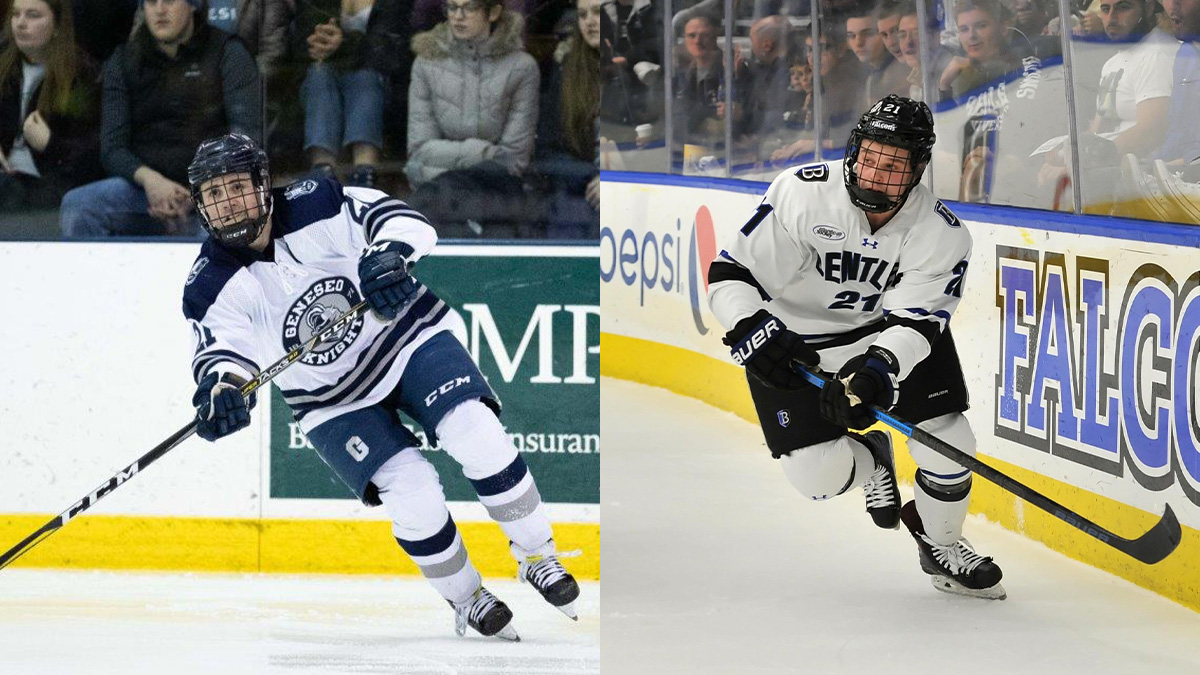 PORTLAND, ME – August 17, 2021 – Andrew Romano and Jonathan Desbiens were both hoping to make their professional debuts for the Mariners in 2020-21. Unfortunately for both forwards, the pandemic didn’t give them the chance, but the Mariners announced on Tuesday that Romano and Desbiens have again signed in Maine for the 2021-22 season.

In total, Romano registered 171 points in 112 career games at Geneseo, averaging more than 1.5 points per game. He racked up accolades in his time there and was twice named an AHCA (American Hockey Coaches Association) All-American, making second team as a junior and first team as a senior. The Ice Knights had an 84-18-10 record in Romano’s four seasons, as he suited up in every single game, and helped lead them to three consecutive conference titles from 2018-2020. The Drexel Hill, PA native is the 2nd all-time leading scorer in program history.

Last fall, Romano played for two different teams Southern Professional Hockey League, following the Mariners pandemic-related season cancellation. He suited up in 11 games for the Huntsville Havoc, scoring three goals with two assists. He then joined the Macon Mayhem and scored four goals and added seven assists in 26 games. With Macon, Romano also appeared in two playoff games, and was a teammate of defenseman Nate Kallen, who re-signed with the Mariners last week.

Jonathan Desbiens is a 25-year-old forward from Montreal, QC, who played NCAA DI hockey at Bentley University (Waltham, MA). He was a steady point producer for the Falcons, putting up at least 20 points all four seasons, and reaching 30 as both a junior and a senior. Desbiens racked up a total of 102 points (49 goals, 53 assists) in 139 career college games. In 2018-19 as a junior, he was an Atlantic Hockey Third Team All-Conference selection.

Desbiens was a star in the British Columbia Hockey League, where he played two seasons for the West Kelowna Warriors. The 2015-16 season was his breakout campaign, as he put up 83 points in 58 games (44 goals, 39 assists), leading the Warriors and finishing sixth in the league scoring race. West Kelowna went on to win the BCHL Championship, as well as the RBC Cup (Canadian Junior A National Championship). Desbiens led all BCHL players in playoff goals, with 15.

The Mariners have now announced seven players on the 2021-22 roster. Romano and Desbiens join the forward group with Greg Chase and Nick Master. Defenseman that have been announced so far include Brycen Martin, Connor Doherty, and Nate Kallen. Click here to view the current roster.

CELEBRATE YOUR HALF-BIRTHDAY WITH THE MARINERS!
Scroll to top