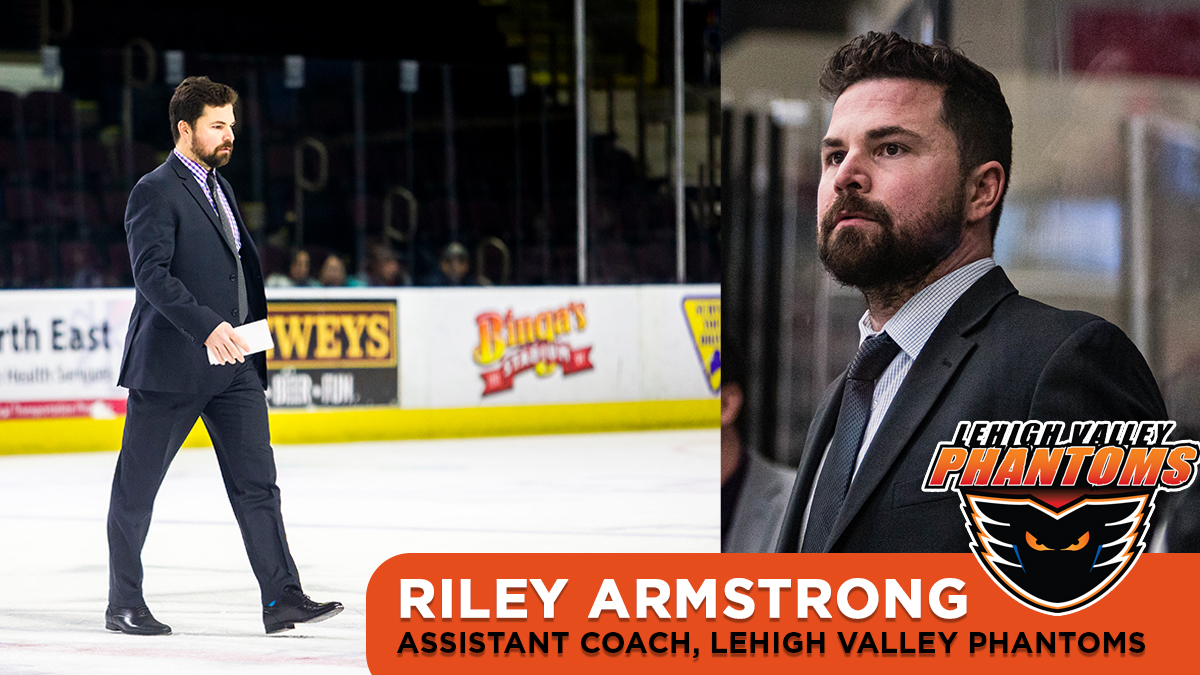 PORTLAND, ME – August 2, 2021 – The Lehigh Valley Phantoms of the American Hockey League announced on Monday that they have hired Riley Armstrong as an assistant coach. Armstrong departs as the head coach and assistant general manager of the Mariners after three years, having been named the first head coach in franchise history in February of 2018. The Mariners will announce their new head coach on Tuesday morning.

“I’d like to thank Riley for his hard work and dedication in helping get the Mariners off the ground and leading us to two winning seasons,” said Danny Briere, Mariners President and Governor. “His track record of moving players to the next level speaks for itself and his rise to the AHL is well earned. We’re excited to watch his career continue to advance.”

Armstrong, 36, led the Mariners to a 69-58-5-2 record though their first two ECHL seasons, finishing with winning records in each year. In August of 2019, between the first and second season, he was promoted to assistant general manager, on top of his duties as head coach. After missing the postseason by just two points in 2018-19, the team was on pace for their first playoff appearance in 2019-20, but the pandemic cut the regular season short and cancelled the postseason. The Mariners did not play in 2020-21, but Armstrong helped the team remain active in the community, hosting the Armstrong Skills Competition, which raised over $3,500 for local businesses and non-profits.

Through Armstrong’s time as head coach of the Mariners, many players saw advancements in their careers. Goaltender Connor LaCouvee earned an AHL contract midway through his rookie season of 2018-19. Forward Ty Ronning went from limited AHL ice time to the team lead in goals for the Hartford Wolf Pack in 2020-21. Defenseman Sean Day spent the 2020-21 season in the AHL as well, with the Syracuse Crunch. Forwards Terrence Wallin, Alex Kile, and Dillan Fox all earned AHL call ups, despite being on ECHL contracts. The same was said for defensemen Zach Tolkinen. 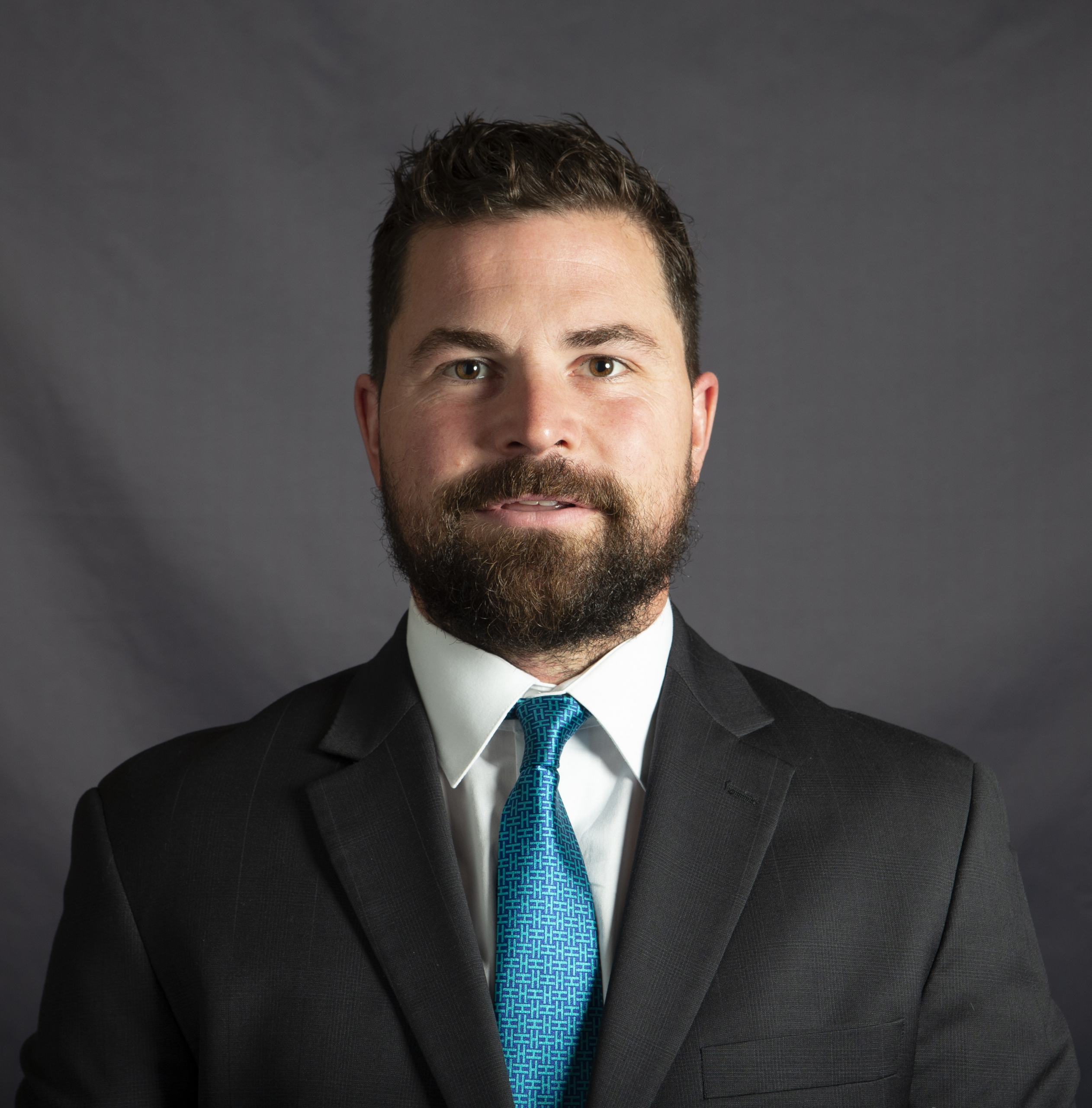 “First, I would like to thank Paul Holmgren and Danny Briere for believing in me and trusting me to hire me as the first head coach of the Mariners,” said Armstrong. “I would also like to thanks the players for wanting to come play in the city of Portland and trusting the process. I’d also like to thank the fans for their support with a brand new franchise and now bigger things to come in the future. My family and I have met so many good people in the city.”

Before becoming head coach of the Mariners, Armstrong was the Assistant Coach for the ECHL’s Wheeling Nailers from 2016-18. He delved into coaching immediately following a 12-year playing career, in which he played at all three levels of North American professional hockey, and also in Europe.

A forward, Armstrong spent most of his playing career in the San Jose Sharks organization. He appeared in two NHL games during the 2008-09 season. Armstrong is very familiar with the AHL, having played 404 career games with the Cleveland Barons, Worcester Sharks, Abbotsford Heat, Grand Rapids Griffins, Binghamton Senators, and Hamilton Bulldogs.

The Lehigh Valley Phantoms are the top affiliate of the Philadelphia Flyers, based in Allentown, PA. They were previously known as the “Philadelphia Phantoms” and the “Glens Falls Phantoms,” until arriving in Allentown in 2014. They recently named Ian Laperriere the fourth head coach in franchise history.

Joining Armstrong in Lehigh Valley is Equipment Manager Jake Rogers, who will be the new assistant equipment manager for the Phantoms. Rogers has been the Mariners equipment manager since 2019 and was the assistant to Mark Riepe (now with the Hartford Wolf Pack) during the Mariners inaugural season of 2018-19. Rogers, 29, has a long history of involvement with Portland’s professional sports teams. He was originally a bat boy and clubhouse attendant for the Portland Sea Dogs between the years of 2008-2010. He became involved with Portland pro hockey when he served as a locker room attendant for the Portland Pirates in the 2009-10 season. The Mariners have already filled Rogers’ position as well.

The Mariners will announce their new coaching staff on Tuesday morning.

The Mariners are now proud affiliates of the Boston Bruins and begin their 2021-22 season, presented by Hannaford To Go on October 22nd, with the home opener against the Worcester Railers, sponsored by Skowhegan Savings. The full schedule can be found here. Full season, half season, 12-game mini plans, and 10-ticket flex plans, as well as group tickets are available now. Single game tickets will go on sale on September 29th. More information on current ticketing options is available by calling 833-GO-MAINE, emailing mariners-sales@comcastspectacor.com, or by visiting MarinersOfMaine.com. 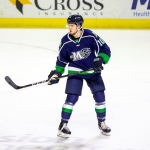