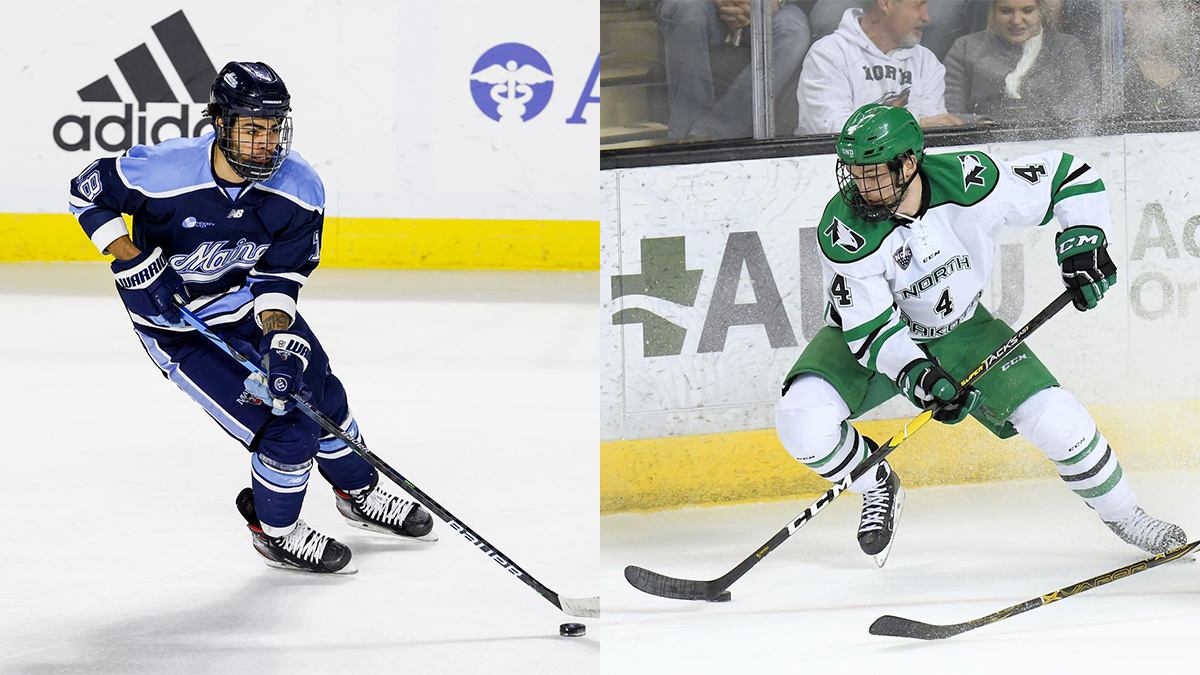 PORTLAND, ME – October 28, 2021 – The Mariners will get a major boost to their blue line this weekend, as defensemen J.D. Greenway and Andrew Peski have been assigned from the American Hockey League’s Providence Bruins. Greenway becomes the third University of Maine alumnus to join the Mariners this season.

Greenway, 23, was a third round pick of the Toronto Maple Leafs in the 2016 NHL Entry Draft. Coming out of the storied Shattuck St. Mary’s prep hockey school, he spent two seasons with the U.S. National Team Development program before initially enrolling at the University of Wisconsin in 2016. After two years with the Badgers, Greenway returned to junior hockey and the Dubuque Fighting Saints of the United States Hockey League. He then took his game to Orono and spent the final two years of his collegiate career with the University of Maine Black Bears, where current Mariners Head Coach Ben Guite was the associate head coach.

Greenway is 6’5, 212 lbs. and was born in Canton, NY. He’s the younger brother of Minnesota Wild forward Jordan Greenway, who was drafted a year before J.D. In August, the Providence Bruins signed J.D. to a two-year contract. He is yet to appear in a regular season professional game.

Peski, 24, is from Orleans, ON, but also comes out of the NCAA ranks, playing seasons at the University of North Dakota. Prior to college, Peski played juniors in both the Central Canada Hockey League and the United State Hockey League. In 2015-16, he had a big season for the CCHL’s Brockville Braves, putting up 42 points in 57 games. He was also an alternate captain. He played the following season in the USHL and won a Clark Cup championship with the Tri City Storm.

After his four years at North Dakota, Peski signed with Providence and played six games for the Bruins in 2020-21. He also saw 23 games in the ECHL for the Jacksonville Icemen, in which his scored two goals and added three assists.

The additions of Greenway and Peski give the Mariners four AHL contracted players on their roster, joining forward Justin Brazeau and goaltender Jeremy Brodeur.

The Mariners, proud affiliates of the Boston Bruins, begin a five game homestand on Friday, welcoming in the Trois-Rivieres Lions for the first time at 7:15 PM. Bruins TV broadcaster Jack Edwards will make an appearance and it’s a 1-2-3 Friday: $1 popcorn, $2 hot dogs, and $3 draft beer through the start of the 2nd period. The Mariners are also home on Sunday for a Halloween afternoon contest against the Reading Royals at 3:00 PM, the “Scary Sundays.” Tickets can be purchased online at MarinersOfMaine.com or by visiting the Trusted Choice Box Office inside the Cross Insurance Arena.