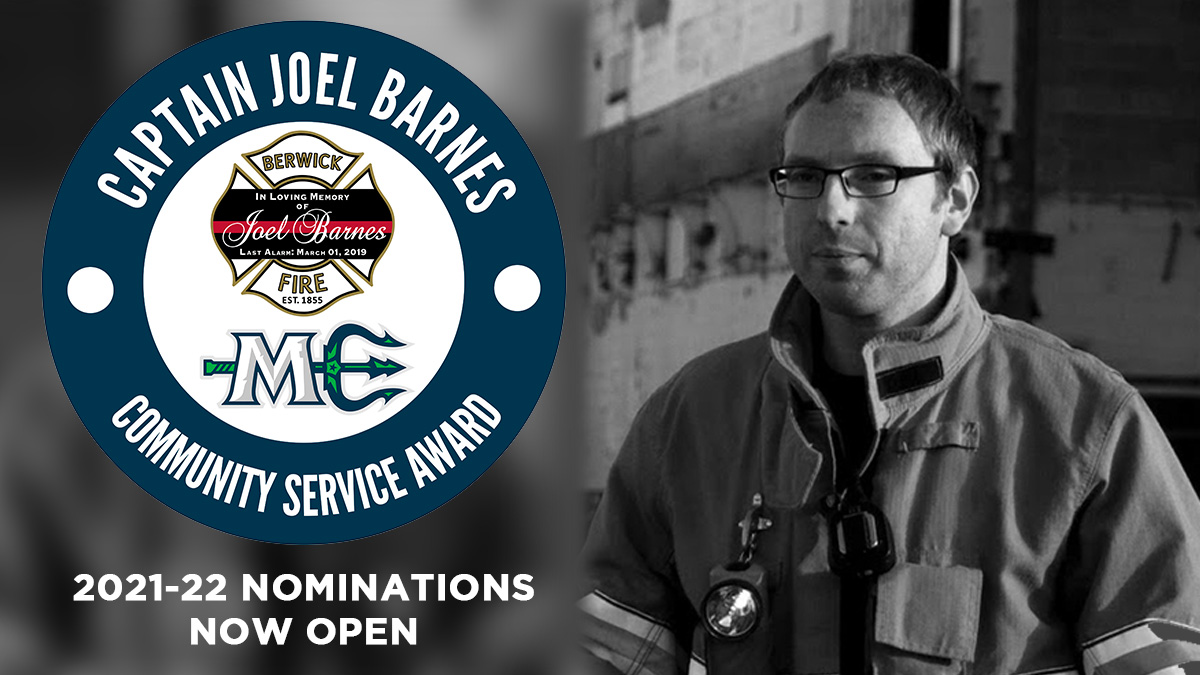 PORTLAND, ME – November 3, 2021 – The Maine Mariners are now accepting nominations for the third annual “Captain Joel Barnes Community Service Award.” The award was originally created in the fall of 2019 and is presented annually around the anniversary of the tragic death of local fire Captain Joel Barnes, of Berwick.

On March 1st, 2019, Berwick Fire Captain Joel Barnes was fatally injured fighting a fire on the third floor of an apartment building. Barnes, who was 32 years old, heroically saved another firefighter’s life in the process. A public memorial service was held one week after his death at the Cross Insurance Arena, with over 7,000 people attending. Barnes had served with the Berwick Fire Department for two years and was the Training Officer for the Department.

In the fall of 2019, the Mariners, Teamsters Local 340 and the Berwick Firefighters Association partnered to create the “Captain Joel Barnes Community Service Award.” The award sought to recognize an individual who embodies the spirit and dedication of Captain Barnes.

”Captain Barnes died in the line of duty, showing us all his courage and heroism,” said Lieutenant Joe Carroll, who is a representative for Teamsters Local 340. “Likewise in his life he also was a positive role model through his passion and devotion​ to community service. The Captain Joel Barnes Community Service Award continues to allow us to not only honor Captain Barnes’ legacy but also recognize the efforts of other Maine first responders who have a similar commitment to the community and dedication to educating our youth in fire prevention.​ This year, now more than ever, given the unprecedented challenges that have faced first responders during this pandemic, the committee is excited to recognize another member of the fire and EMS community.”

Hampden firefighter Matthew St. Pierre was named the first recipient of the award in March of 2020. Last season, although the Mariners did not play, the committee continued to honor Captain Barnes’ legacy and selected Ellsworth Deputy Fire Chief Robert Dorr as the winner of the 2021 award.

In May of 2021, Dorr lost his battle with cancer. His fight was a big factor in his community work which led to his nomination and selection. Members of the Barnes committee were able to present the award to Dorr’s family and attend his memorial service.

The Mariners and the committee now seek a third recipient of the Captain Joel Barnes Community Service Award. In order to meet the criteria for nomination, the individual must be a fire or EMS responder in the State of Maine, have at least three years of experience and be either active or recently retired (within the last three years), demonstrate outstanding professionalism and service to their community, and a commitment to promoting life safety education. Nominations for the 2022 Joel Barnes Community Service Award can be submitted at MarinersOfMaine.com/award, with a submission deadline of January 3rd, 2022 at 5:00 PM ET.

“There are so many great people doing incredible work in our community,” said Adam Goldberg, Mariners Vice President of Business Operations. “First responders are a literal lifeline to us. They deserve our admiration daily and the Barnes Community Service Award is one way the Mariners can shine a light on these deserving and selfless individuals. We have met so many deserving candidates and two wonderful winners since the award began and I can’t wait to recognize more.” 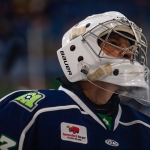 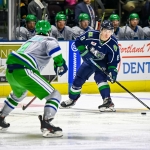