For six Saturdays in the months of February and March, Rogers offered his services to the public, sharpening skates and repairing equipment on a drive-up basis at the Cross Insurance Arena. He also raised funds through a prize raffle, which included items from the Mariners, University of Maine men’s ice hockey team, the Boston Bruins, Hartford Wolf Pack, and more. Jake also appeared at the Armstrong Skills Competition and Checking for Charity, and started a GoFundMe campaign. In total, $2772 was raised.

On Friday, April 23rd, Rogers and Keeley visited Portland restaurants: Mister Bagel (Congress St.), Marcy’s Diner, and The Porthole Restaurant and Pub, presenting $924 to each establishment. Video footage of all three surprise visits, including statements from staff members can be seen here.

The 2021-22 Mariners season is presented by Hannaford To Go, and will begin on October 22nd, with the home opener against the Worcester Railers, presented by Skowhegan Savings. Fans can put down a deposit of $50 on full season tickets for the 2021-22 season here. Half season, 12-game mini plans, and 10-ticket flex plans are also available for purchase, starting at $170. Single game and group ticket information will be available in the coming months, as well as a full schedule. More information on ticketing options is available by calling 833-GO-MAINE, emailing mariners-sales@comcastspectacor.com, or by visiting MarinersOfMaine.com. 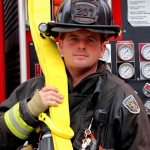 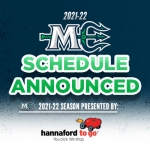