PORTLAND, ME – July 6, 2020 – The Maine Mariners announced their third re-signing for the 2020-21 season on Monday, bringing back forward Michael McNicholas. Through the first two seasons of the Mariners existence, McNicholas is the franchise leader in points, assists, and games played 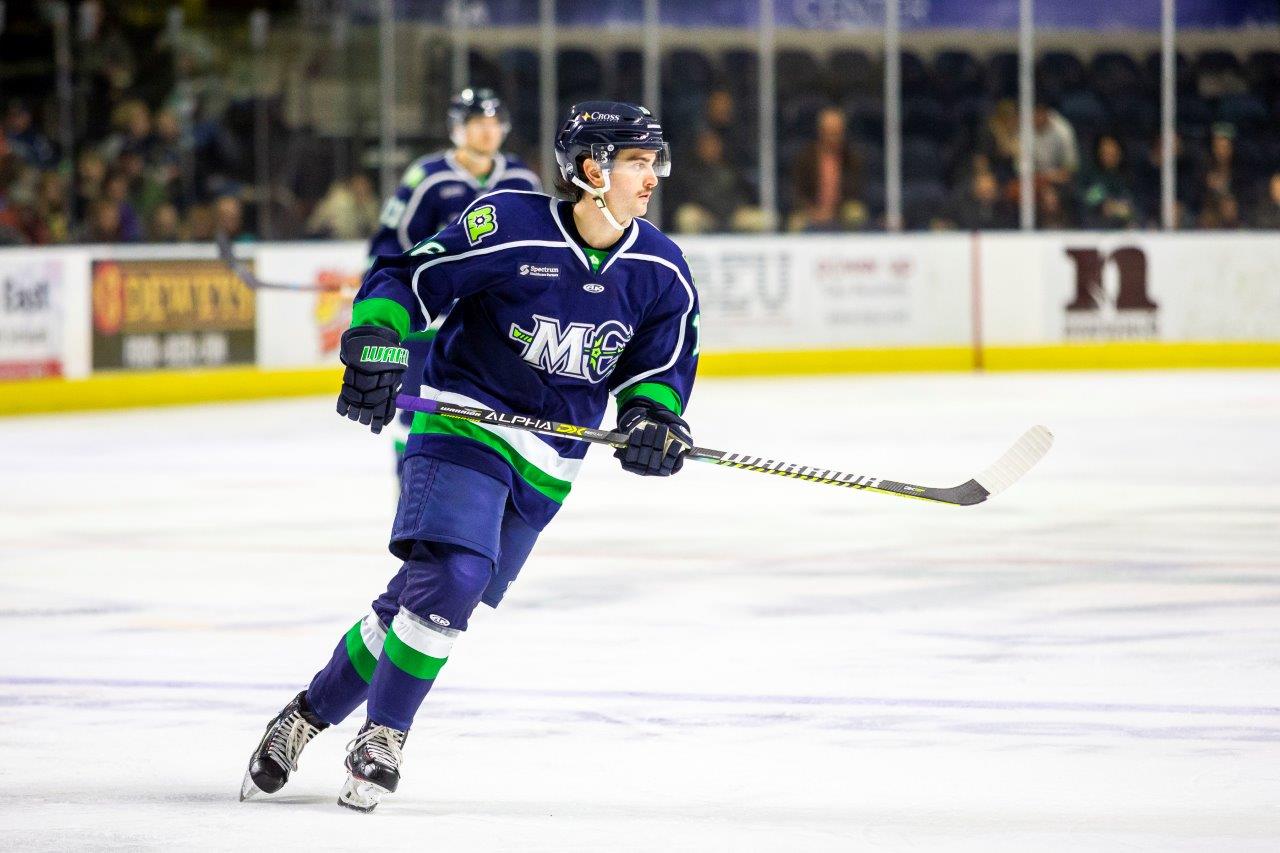 “Playing in Portland has been really fun for me,” said McNicholas. “It’s been a good experience both years that I’ve played there we’ve had a really good group of guys. We all get along off the ice and we all play well together on the ice so I’m excited for the third year.”

The 26 year old forward from Rendondo Beach CA, originally joined the Mariners in November of 2018. McNicholas began the season in Norway, playing 15 games for Manglerud. His signing in Maine marked his second ECHL team, following a brief stint with the Indy Fuel at the end of the 2017-18 season.

Joining the Mariners was a return to the New England hockey scene for McNicholas, who had spent the prior four seasons playing collegiately for the University of New Hampshire. His best college season came as a junior when he racked up 43 points in 37 games, good for second on the team in 2016-17.

McNicholas scored his first professional goal in a 3-1 home win against the Worcester Railers on November 10th, 2018. He’d total 53 points in 63 games for the Mariners, which was tops for any player in a Mariners uniform during the inaugural season. Taylor Cammarata was the team’s official points leader – but racked up stats with three different ECHL teams in 2018-19. McNicholas’ 40 assists led the team outright and was fourth among all ECHL rookies. He was named Mariners’ Rookie of the Year for 2018-19 by the coaching staff.

“[Michael] had a slow start last season but after having a good chat with him heading into this off-season, we both feel this upcoming season is going to really show the hockey world what type of player he is,” said Riley Armstrong, Mariners Head Coach and Assistant General Manager. “He is part of the core of the team and a big piece to our top six.”

Despite the slow start, McNicholas still finished second on the team in assists (27), and fourth in points (38). He heated up after the calendar turned to 2020, posting 22 points (7 goals, 15 assists) from January 3rd until the shortened-season’s final game on March 10th. He appeared in a team-leading 60 games in 2019-20, and through two seasons has played in a franchise-high 125 contests. His 91 points as a Mariner is also the top franchise mark, 18 more than Terrence Wallin, in second place.