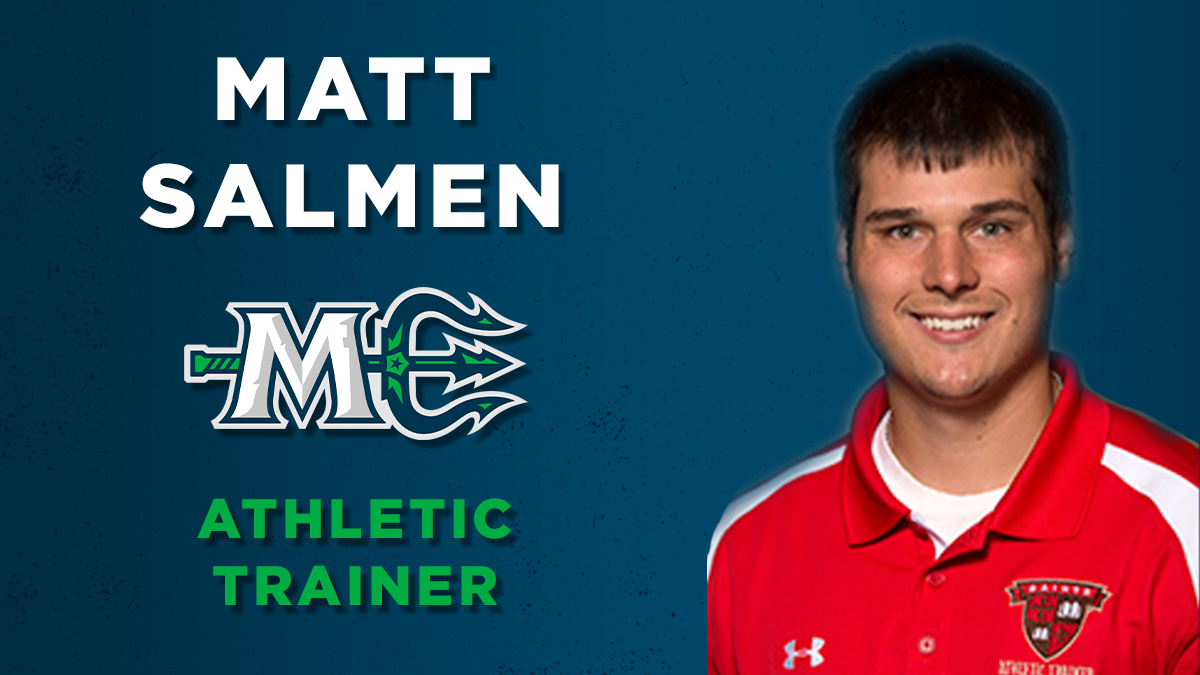 PORTLAND, ME – September 30, 2021 – Matt Salmen has been named the new head athletic trainer of the Maine Mariners, the team announced on Thursday. Salmen is a member of Maine Medical Partners Orthopedics and Sports Medicine, which became the official medical provider of the Mariners this summer. He joins the Mariners staff from St. Lawrence University.

Salmen, a native of Minnesota, earned his bachelor’s degree in Athletic Training at Minnesota State University, Mankato. Upon graduation, he moved to Tennessee where he earned a Master of Science in Health and Human Performance at Austin Peay State University.

Before moving to Canton, NY and joining the staff at St. Lawrence University, Salmen worked for two years with the hockey programs at Adrian College (Adrian, MI). In 2015, he joined the staff at St. Lawrence, where he worked with five other athletic trainers to provide comprehensive medical coverage to all 33 university teams. During his time at SLU, Salmen primarily worked with the hockey programs.

“I’m extremely excited for this opportunity to join the Mariners organization and the Portland community,” said Salmen. “I’m looking forward to adding to this team environment and contributing to the overall success of the organization.”