Jan. 27, 2020 – The Mariners and Adirondack Thunder have already played 12 times this season, but it’s the final six that could very well decide a playoff position between the two teams which have been flip-flopping between fourth and fifth in the North Division standings for the better part of the 2019-20 season. Right now it’s the Thunder with a two point lead on the Mariners, but Maine has the inside track on the playoff spot with more wins, a better point percentage, and four games in hand. The teams will play three times this week – Wednesday and Friday in Glens Falls, and Saturday at the Cross Insurance Arena.

The week that was:

The Mariners had a historic game offensively, putting up a season and franchise high eight goals in a rout of the Worcester Railers. It was only a 2-1 game at the end of one period, with Mariners goaltender Adam Huska off to a stellar start in his ECHL debut, stopping 16 first period shots. The Mariners broke the game open with three goals between 6:02 and 7:00 of the 2nd and pulled away from there. Ty Ronning had a hat trick, while six other Mariners had multi-point performances. Huska made a total of 43 saves. FULL GAME RECAP & HIGHLIGHTS

In a much lower scoring affair, the Mariners and Railers went into the 3rd period scoreless until Barry Almeida finally gave Worcester the lead at 6:43 of the third. Marc-Olivier Crevier-Morin scored a clutch goal at 14:07 to tie it up, but Ross Olsson’s game winner at 18:22 put the game away in heartbreaking fashion. Worcester netminder Evan Buitenhuis robbed the Mariners of numerous scoring chances, bouncing back from his shaky performance on Friday. FULL GAME RECAP 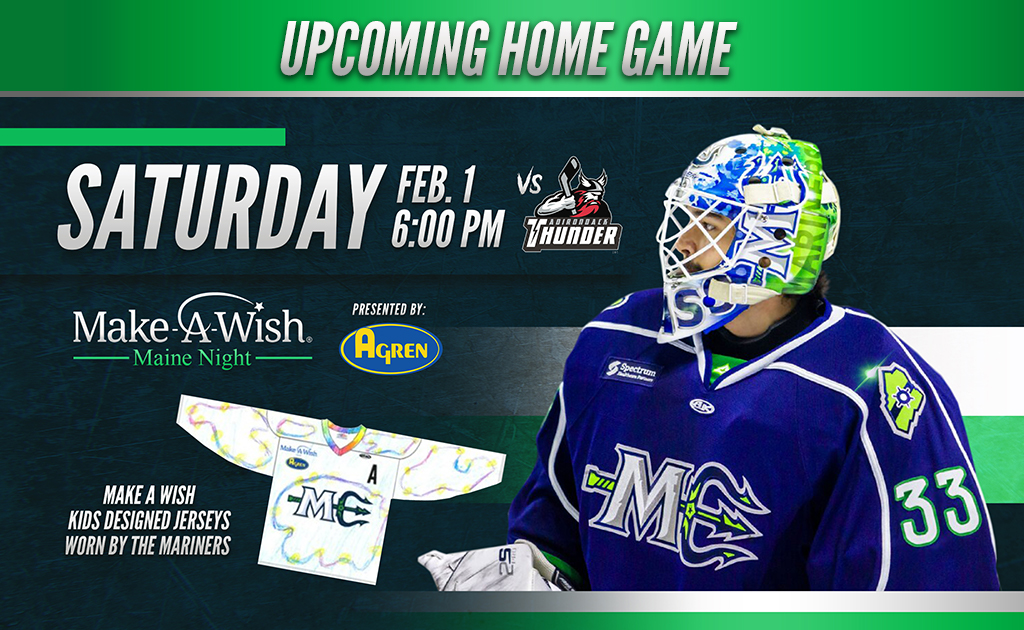 On Saturday night, the Mariners will be wearing specialty jerseys designed by 11-year-old Ellie LaBree, a cancer patient and Make-A-Wish Maine “Wish Kid.” The jerseys are currently up for auction on the Handbid app, which will close at the start of the third period on Saturday night. Proceeds from the jersey auction will benefit Make-A-Wish Maine. Fans can avoid Ticketmaster Fees by purchasing tickets through the Mariners new “Theme Night Tickets” page. For all Saturday and Sunday home games, Family Four Packs are available when purchased in advance. Family four packs include four tickets, four food and drink vouchers, and four Mariners can koozies, starting at $80.

Looking ahead:
Saturday’s game begins a six game homestand, all in a span of 11 days. The Mariners have back-to-back home games against Worcester on February 4th and 7th. The “Giving 3kend” is February 7th through 9th presented by Three Dollar Deweys, which includes Works for ME night with News Center Maine, Pride Night with EqualityMaine (with a sunglasses giveaway to the first 2,000 fans) and Underwear Toss, to benefit Preble Street Teen Services. The Mariners finish the homestand and a three game series with the Brampton Beast on February 11th. The full promotional schedule can be found here. 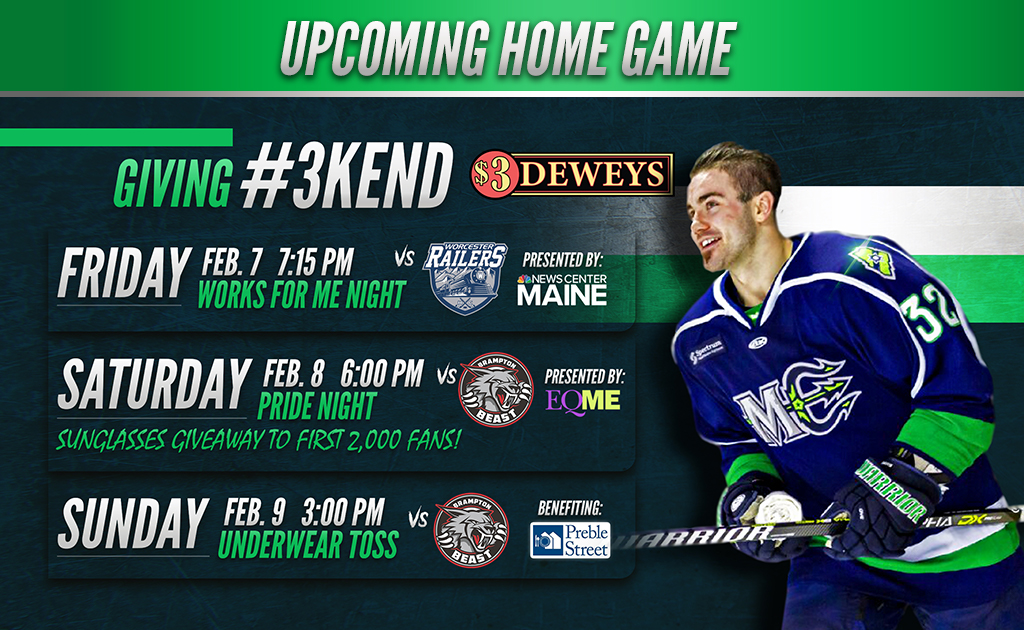 Community Collection:
The Mariners and the Cross Insurance Arena are collecting books for the remainder of the regular season for Ronald McDonald Charities of Maine. Fans who donate three or more books will receive a ticket to a Mariners weekday game. Both children’s and adult’s book donations are welcomed. Items MUST be donated at the Promotions Port to the right of the main security gates. While donations will be accepted at the Mariners office and other Cross Insurance Arena events, fans are not eligible to receive tickets unless the items are donated at a Mariners game. 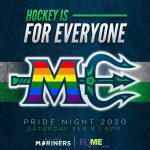