Nov. 12, 2019 – The Mariners are hitting their stride as they make their way into the middle stages of November. Monday night’s 4-3 overtime win against first place Reading was the team’s third victory in a row and their fourth in five games on the home stand. Two more home games await the Mariners this weekend, and still five in the month of November, as they look to continue climbing the North Division ladder. 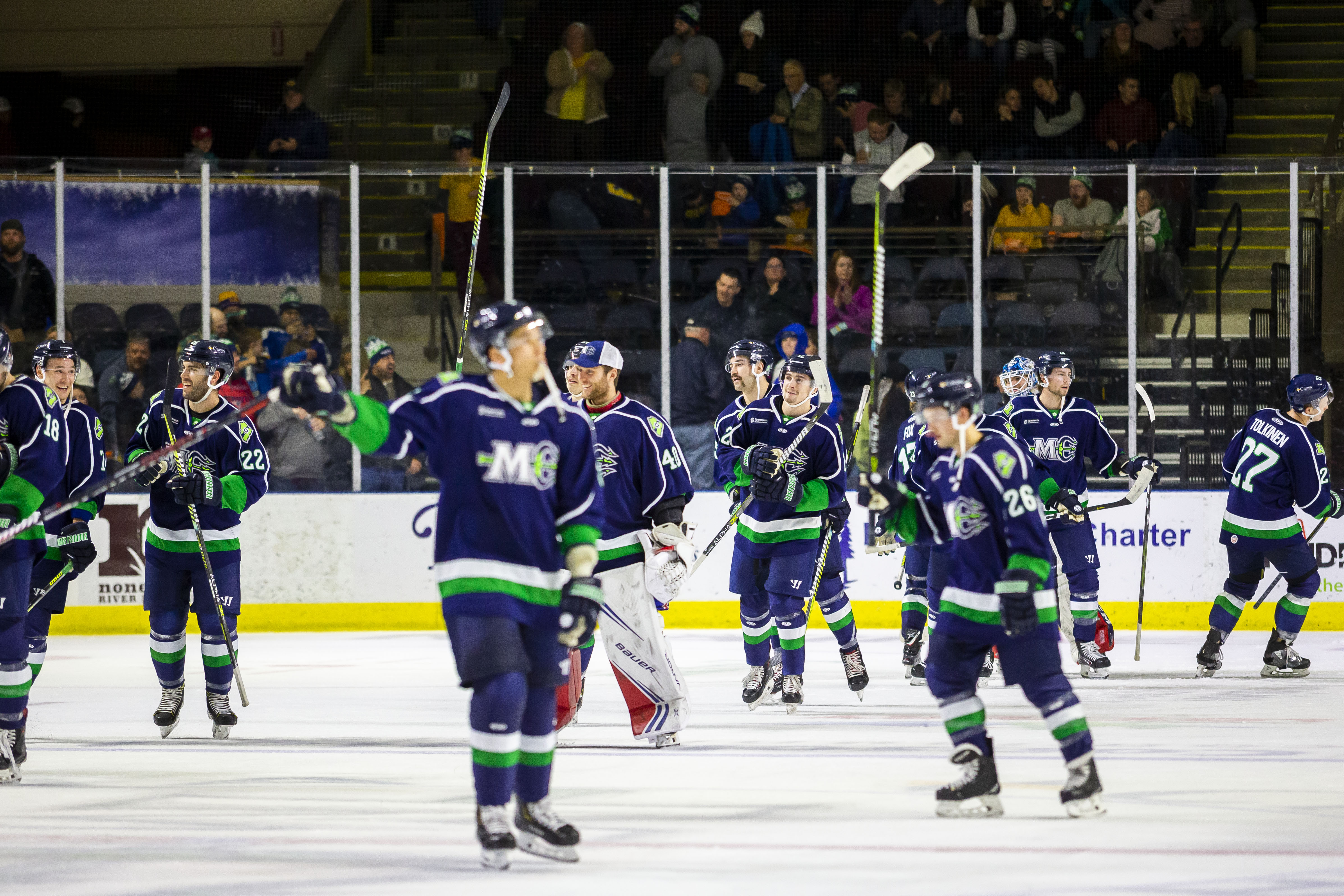 The Mariners played their best game of the season from start to finish, scoring the first goal of the game for the first time at home, and opening a 3-0 lead in the early stages of the second period. The trio of Jake Elmer, Ryan Gropp, and Dillan Fox all posted multi-point performances, Elmer leading the way with a hat trick. The win marked the first back-to-back win sequence of the season. The largest crowd of the season – an audience of 4,588, witnessed the game. FULL GAME RECAP & HIGHLIGHTS

In their only Monday game of the season – home or away, Gritty was in the building helping to entertain the fans who braved the early winter climate. Trailing 2-1 entering the third, Terrence Wallin’s second goal of the game tied the score just :26 into the final frame. Wallin, who was wearing a face shield due a mouth injury, has scored in four consecutive games. Reading tied it up late to force overtime, but Alex Kile cashed in on a power play with his first goal of the season to deliver the Mariners their third straight win. FULL GAME RECAP & HIGHLIGHTS

The seven game home stand concludes this weekend with games against Brampton and Adirondack. Friday is Wes McCauley Appreciation Night, as the Mariners honor the South Portland resident and famous NHL referee, who will sign autographs on the concourse during the first intermission. McCauley has also donated two game worn and autographed NHL referee jerseys, that are currently up for auction via the Handbid App. The auction will run through the start of the third period on Friday and the proceeds will benefit the Portland Hockey Trust. Game time is 7:15 PM. It’s also a 1-2-3 Friday with $1 Aquafina, $2 Pepsi products, and $3 Bud Lights through the start of the 2nd period. Saturday is Hockey Fights Cancer against the Adirondack Thunder at 6:00 PM. The first 1,000 kids 12 and under will receive a pennant upon entry, courtesy of Q97.9. It’s a Family Four Pack night as well – families of four can get four tickets, four food and drink vouchers, and four Mariners can koozies for as low as $80.

The Mariners Coach’s Show will be broadcasting its final edition of November live at Three Dollar Deweys on 241 Commercial St. in Portland this Thursday night. Forward Terrence Wallin and Head Coach/Assistant General Manager Riley Armstrong will be guests on the show, which airs from 6-7 PM. The show can also be heard on Mixlr at MarinersOfMaine.com/listen. Four ice row tickets to one of the weekend’s games will also be given away to a lucky group of live attendees at Three Dollar Deweys. 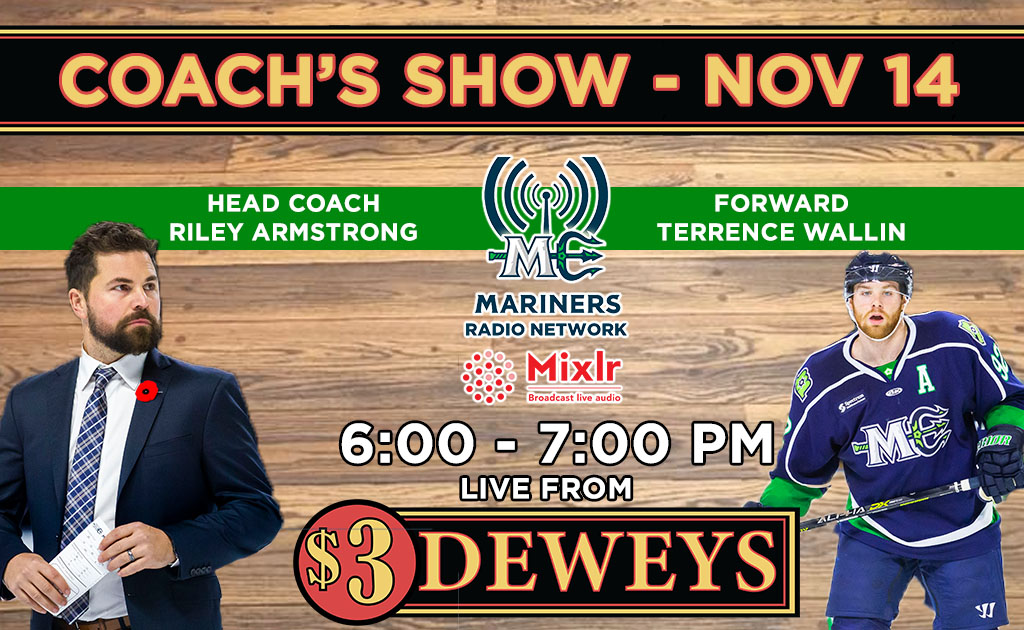 Looking ahead:
After a three game road trip to Norfolk, VA, the Mariners are back home for three games in the final week of November. The Worcester Railers and Indy Fuel visit for the first time this season – Indy for the first time ever. Newfoundland also returns once again after the Mariners took two of three from the defending Kelly Cup champions to begin the current home stand. Upcoming themes include Autism Awareness Night and Aquaman Night. The full promotional schedule is here.

Mariners Holiday Packs are now on sale, with three different tiers to fit any gift-giving budget. With early bird pricing available through December 3rd, Holiday Packs start at $25 and can be purchased through the Mariners online shop here.

The Mariners and the Cross Insurance Arena are collecting non-perishable food donations to benefit the South Portland Food Cupboard throughout the months of October and November. Fans who donate five items will receive a ticket to a Mariners weekday game. (must donate items at a Mariners game). While the Mariners will accept donations at their office, fans are not eligible to receive tickets unless the items are donated at a game. 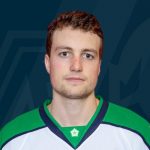 MARINERS BRING BACK TSCHANTZ AND FURGELE
Scroll to top