Oct. 22, 2019 – With one game left on their early season road trip Wednesday in Upstate New York, the Mariners are set for a return home this weekend, and an extended stay that will keep them in Portland through the week before Thanksgiving. In total, it’s a seven game home stand, and will give the Mariners a chance to establish their home ice advantage that was a major part of their success in 2018-19, when they went 22-12-1-1 in Portland. A variety of exciting promotions for fans of all ages and interests come to the Cross Insurance Arena over the next month, as the season gets into full swing. Before the home cooking begins, one last pivotal stop on the road awaits.

With a week off between games, the Mariners were hungry early in their first road contest of the season. Dillan Fox scored less than a minute into the game and then tallied another midway through the opening period to get the Mariners off to the early lead. A puck-handling mistake by Connor LaCouvee got Worcester on the board quickly after Fox’s second goal, and the 2-1 score held up until just 2:09 remained in the third. Worcester’s Kyle Thomas netted the equalizer and it was Nic Pierog with the only goal of the shootout to steal the win for the Railers. The game also marked the first in Mariners history under the ECHL’s new seven minute overtime rule. FULL GAME RECAP

The Mariners looked to play spoiler in the Reading Royals home opener, and for the second night in a row it was Dillan Fox opening the scoring in the first period. In a 1-1 game in the 2nd, Ryan Culkin broke the tie with a power play goal and Ty Ronning added insurance, marking the start of a big birthday weekend. Goals by Terrence Wallin and a second from Ronning put the game away in the third. Tom McCollum turned aside 44 of 47 shots in between the pipes. FULL GAME RECAP

In the wildest game of the weekend, the Mariners rallied furiously from down three goals late in the 2nd period to carry momentum into the third. Nick Master, Ty Ronning, and Michael McNicholas, all scored in a span of 6:51 raising the Mariners from the dead and turning a 3-0 Royals lead into a tie game through 40 minutes. More back and forth action took place early in the third when Reading’s Ralph Cuddemi and Maine’s Dillan Fox scored within 15 seconds to bring the score to 4-4. It was Frank DiChiara’s goal at 6:53 which stood up as the game winner, as the Mariners seemed to run out of gas the rest of the way. FULL GAME RECAP 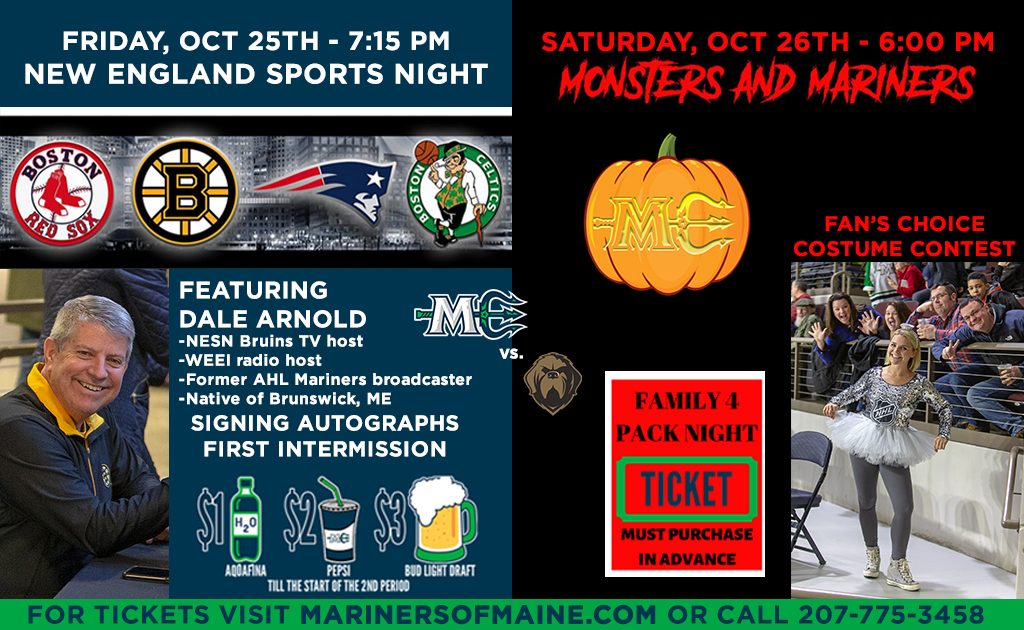 The Mariners and Thunder will meet for the second of 18 times this season on Wednesday night at the Cool Insuring Arena. The Mariners lost to the Thunder 5-2 on Oct. 11th in Portland to open the season. Adirondack is currently 2nd place in the North Division. The game will be broadcast for free on the Mariners Radio Network (MarinersOfMaine.com/listen), with pregame coverage beginning at 6:45. A streaming TV broadcast is available through ECHL.tv, with the “away” button carrying the Mariners broadcast. The Mariners are back home for a two game series on October 25th and 26th against the first place Newfoundland Growlers. Former AHL Mariners broadcaster and current Boston Bruins TV host Dale Arnold will make on appearance on October 25th for “New England Sports Night,” presented by Northeast Charter. Arnold will drop the ceremonial puck, join Michael Keeley on the first period broadcast, and sign autographs in the concourse during the first intermission. October 26th is a Halloween themed game, “Monsters and Mariners.” The best costume, as chosen by the fans, will receive a prize package for the November 9th home game, which includes four tickets, four lobster themed winter beanies, and a “benchwarmers” experience – watching warmups from the player’s bench. Magnet schedules will be handed out at the door at both weekend games, while supplies last. Doors open one hour prior to opening faceoff, one hour and 15 minutes for season ticket holders. 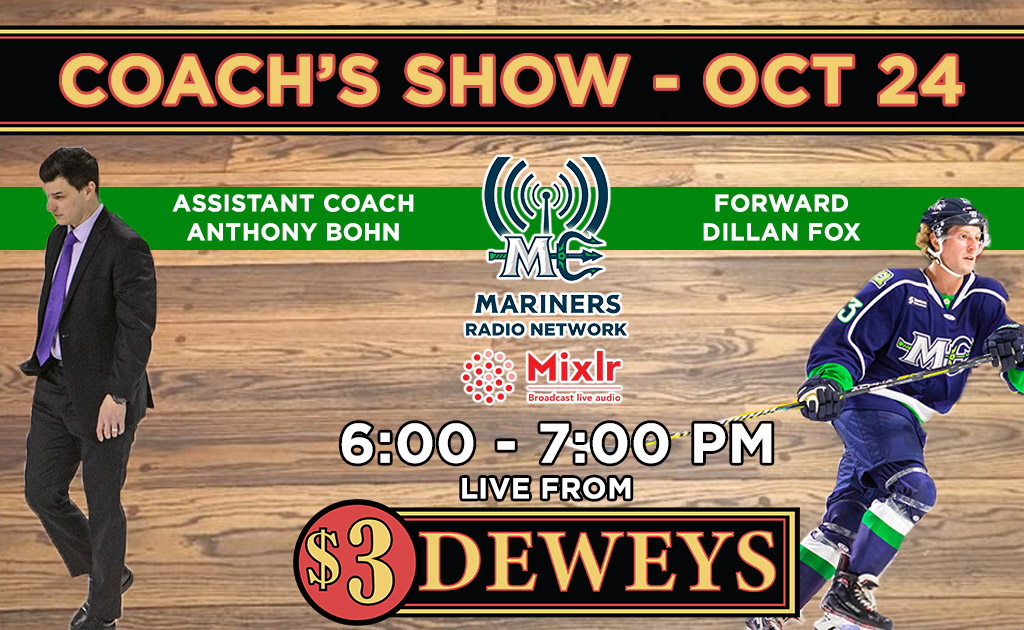 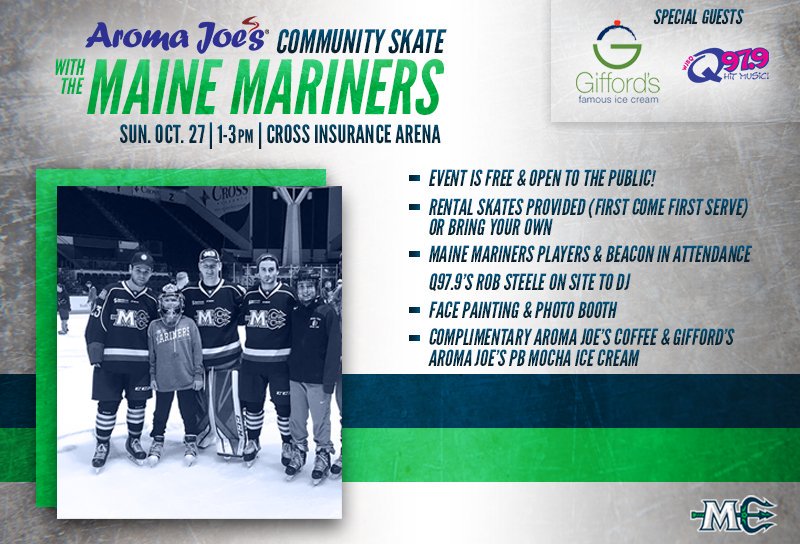 Looking ahead:
The Mariners remain home through the first three weeks of November. The Newfoundland series wraps up on Saturday, November 2nd at 6:00 PM with Marvel Super Hero™ night presented by Rich Exterior Solutions & Paradigm Windows. The Mariners will wear specialty jerseys with the theme of “The Hulk.” The night also features a postgame skate with the team. Saturday, November 9th against Adirondack is the first of two Military Appreciation Nights, presented by Martin’s Point in partnership with Bath Iron Works. The first 2,000 fans will receive a lobster-themed winter beanie. All Saturday and Sunday home games feature the “Family Four Pack.” The full promotional schedule is here. 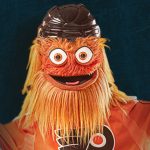