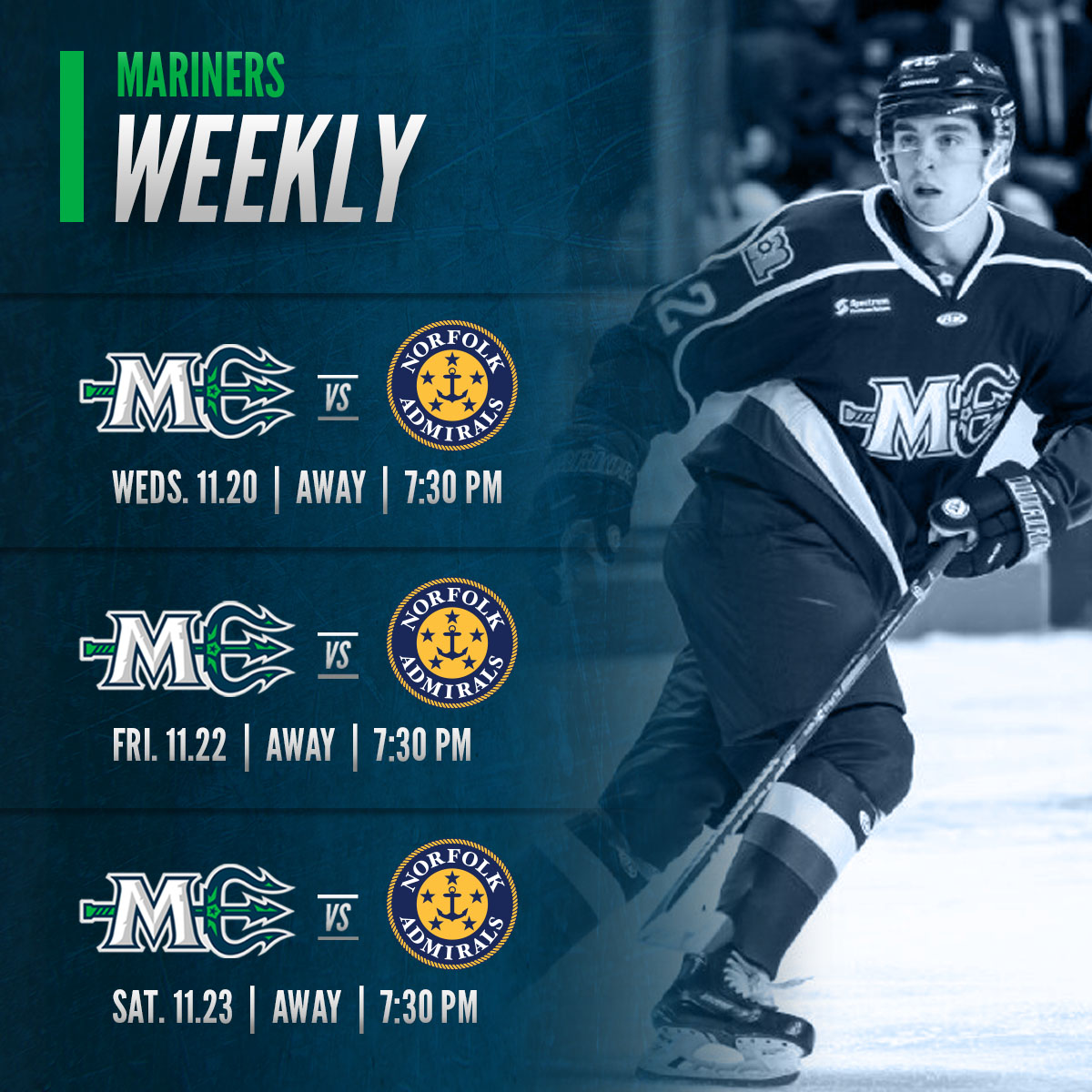 Nov. 18, 2019 – After seven consecutive home games, the Mariners hit the road for the first time in nearly a month, spending this week in Norfolk, Virginia. The Norfolk Admirals will be the first non-divisional opponent of the season – the Mariners visiting Wednesday, Friday, and Saturday. The North division is proving to be as competitive as ever, with five of the six teams holding an above .540 PT%. The Admirals rank last in the entire ECHL, entering the series with the Mariners on a 11 game losing streak. The Mariners dropped their homestand finale to Adirondack on Saturday, but finished the seven game run at a more than respectable 5-2-0-0.

In their only Monday game of the season – home or away, Gritty was in the building helping to entertain the fans who braved the early winter climate. Trailing 2-1 entering the third, Terrence Wallin’s second goal of the game tied the score just :26 into the final frame. Wallin, who was wearing a face shield due a mouth injury, has scored in four consecutive games. Reading tied it up late to force overtime, but Alex Kile cashed in on a power play with his first goal of the season to deliver the Mariners their third straight win. FULL GAME RECAP & HIGHLIGHTS

In a very strange game, the Mariners defeated Brampton using their highest goal output of the season. After a dominant first period in which they outshot Brampton 18-6, the Mariners eventually built a 3-0 lead, only to see the Beast furiously rally back with three goals in a three minute, 38 second span at the end of the 2nd period. Michael McNicholas broke the tie with a power play goal early in the 3rd, and the Mariners never looked back, winning their fourth straight. A crowd of 4,047 turned out for “Wes McCauley Appreciation Night.” FULL GAME RECAP & HIGHLIGHTS

Adirondack goaltender Evan Cormier was on top of his game, stopping all 25 Mariners shots on Saturday night, as the homestand concluded. The Thunder scored twice in the first and twice in the third against Connor LaCouvee, and the Mariners win streak was snapped. FULL GAME RECAP & HIGHLIGHTS

The Mariners will try to take advantage of the last place Admirals with three games at the Norfolk Scope. The Admirals are an ECHL worst 2-11-3-0 and on an 11 game losing streak. Former Mariners Brandon Halverson, Johnny Coughlin, and Shawn McBride are all on Norfolk’s roster. Last season, the Mariners went 3-0-0 against the Admirals. All three games begin at 7:30, with pregame coverage starting at 7:15 on MarinersOfMaine.com/listen and ECHL.tv, with the “AWAY” feed carrying the Mariners broadcast.

The Mariners Coach’s Show is off for the remainder of the month due to this week’s road trip and the Thanksgiving holiday. The show returns on Tuesday, December 3rd, airing from 6-7 PM live at Three Dollar Deweys in downtown Portland.

Looking ahead:
Upon returning to Portland, the Mariners have three home games in the final week of November. Tuesday, November 26th is a sensory reduced game for “Autism Awareness Night” as the Mariners host the Worcester Railers at 7:00 PM. The Mariners will play the Indy Fuel for the first time in their history on Friday, November 29th at 7:15 PM. It’s a 1-2-3 Friday: $1 Aquafina water, $2 Pepsi products, $3 Bud Light drafts through the start of the 2nd period. The Newfoundland Growlers are in on Saturday, November 30th for a 6 PM faceoff and Aquaman Night, featuring Aquaman specialty jerseys, sponsored by Spectrum Healthcare Partners. As with all Saturday and Sunday home games, Family Four Packs are available: four tickets, four food and drink vouchers, and four Mariners can koozies, starting at $80. The full promotional schedule is here. 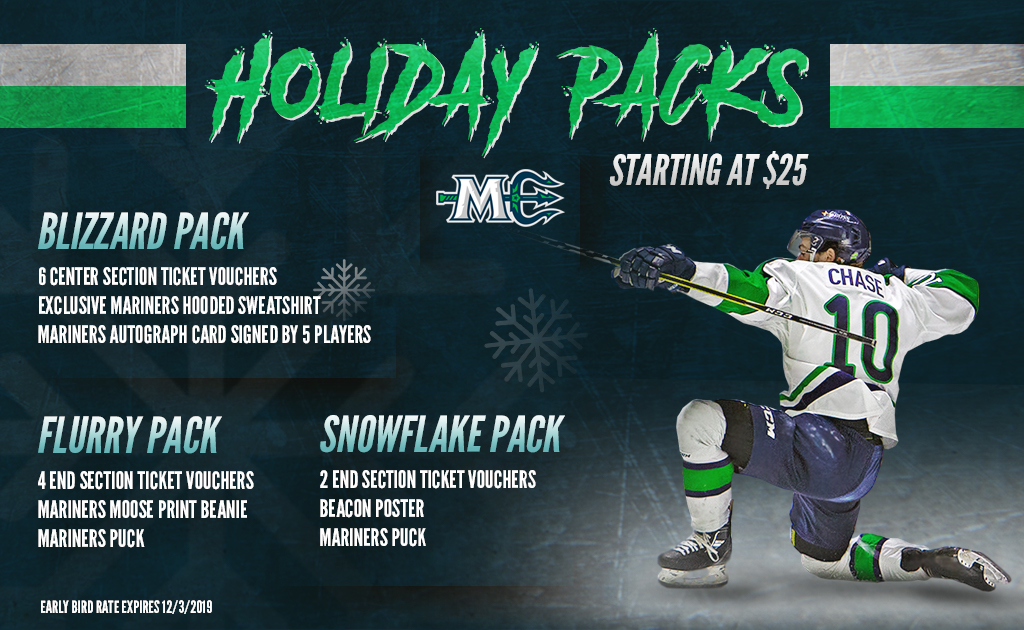 Mariners Holiday Packs are now on sale, with three different tiers to fit any gift-giving budget. With early bird pricing available through December 3rd, Holiday Packs start at $25 and can be purchased through the Mariners online shop here. 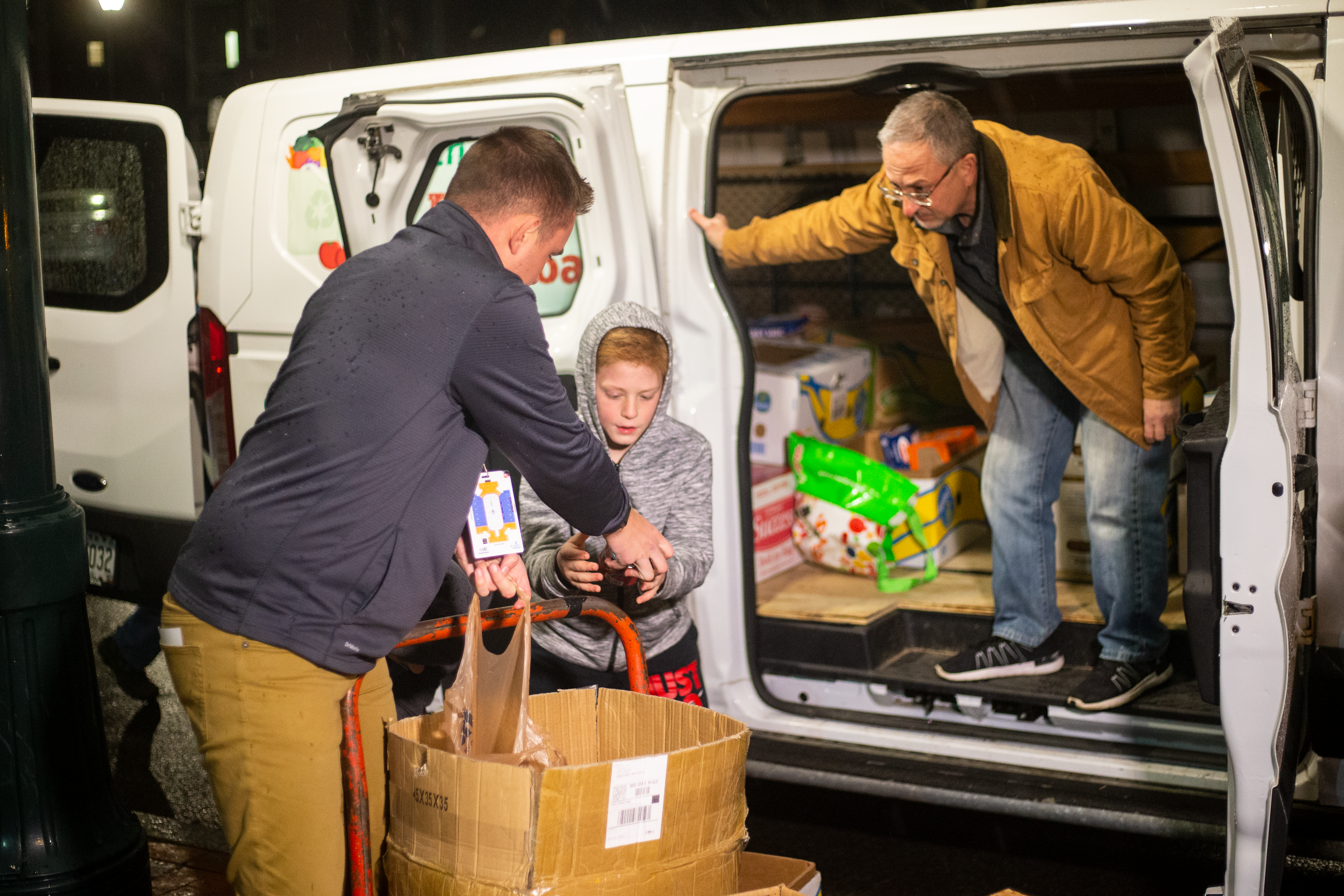 The Mariners and the Cross Insurance Arena are collecting non-perishable food donations to benefit the South Portland Food Cupboard at home games through the remainder of November. Fans who donate five items will receive a ticket to a Mariners weekday game. (must donate items at a Mariners game). While the Mariners will accept donations at their office, fans are not eligible to receive tickets unless the items are donated at a game. 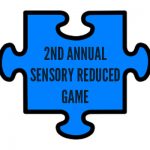