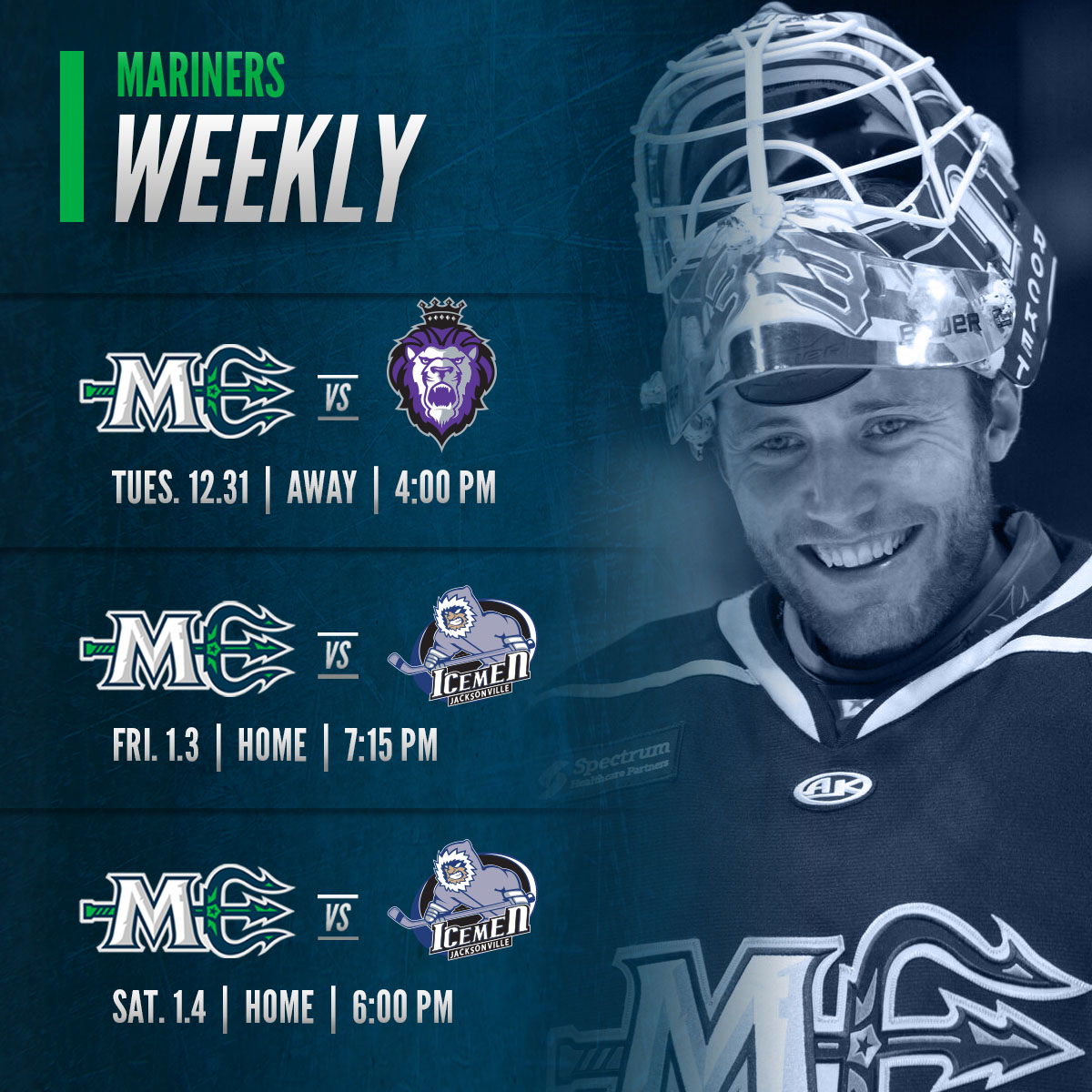 Dec. 30, 2019 – Here we are, on the brink of a new decade. The memories of the last 10 years for the Maine Mariners ECHL franchise only take up the last two or so, but it was a busy two years and a lot happened on the ice in a season and a half. As it stands, on the penultimate day of 2019, the Mariners are in a very familiar spot, with a near identical record as they had at this time a year ago, but their visions for 2020 are much grander than the second half of last season. They’ll ring in the New Year with a game in Reading, before headed home to the Cross Insurance Arena in hopes of starting 2020 with a bang.

The Mariners made it a perfect six for six against the Adirondack Thunder in the month of December, winning in blowout fashion for the first time in that span. Ryan Dmowski registered his first professional multi-goal game by scoring the first two goals of the contest, and 12 Mariners in total registered points. Connor LaCouvee won his fifth consecutive start, and the Mariners officially pulled ahead of the Thunder for fourth place in the North Division. FULL GAME RECAP & HIGHLIGHTS

After a spirited opening period drew to a 0-0 tie, the Mariners let Reading control the rest of the game, set off by three goals in a five minute span in the middle frame. Former Mariner Luke Stork had a goal and an assist, and Felix Sandstrom posted the shutout. The Mariners missed a chance to pull within one point of third place. FULL GAME RECAP & HIGHLIGHTS

Although their scoreless streak reached almost five full periods, Terrence Wallin found the net in the final seconds of the 2nd to break a scoreless tie. That was all that Connor LaCouvee and the Mariners defense needed, as they allowed a season low 21 shots, LaCouvee stopping them all for his first pro shutout. Alex Kile added an empty net goal for good measure, bringing his road point streak to eight games – equal to Wallin’s. The win was the Mariners fifth in six road contests. FULL GAME RECAP & HIGHLIGHTS

The final game of 2019 is in Reading on New Year’s Eve at 4:00 PM. The Mariners currently trail the Royals by five points in the standings with three games in hand. A free radio broadcast is available at MarinersOfMaine.com/listen and fans can also subscribe to watch in HD on ECHL.tv – the “AWAY” option will carry the Mariners broadcast. 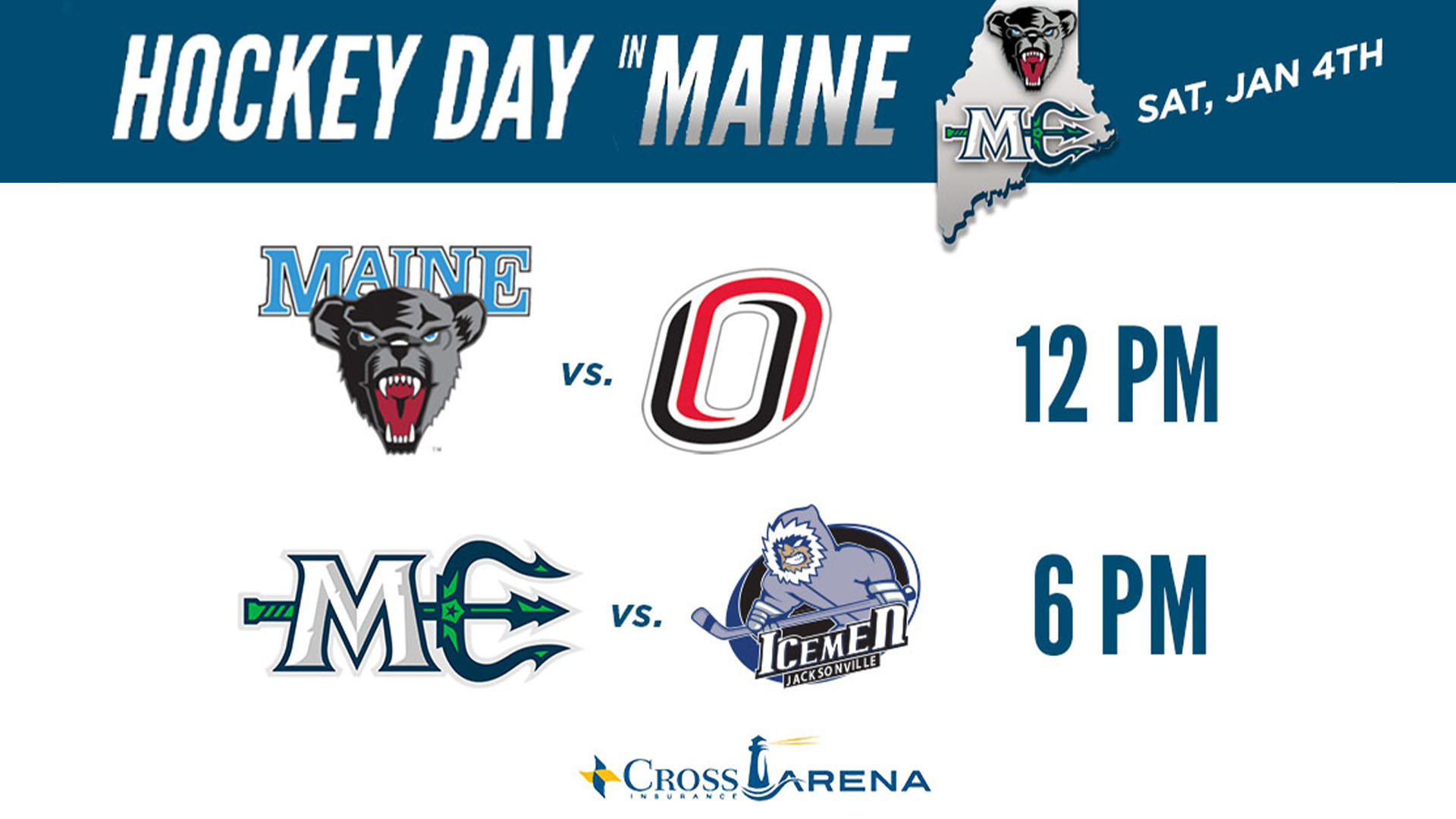 This weekend, the Mariners will play the South Division’s Jacksonville IceMen for the first time. Both games are at the Cross Insurance Arena – Friday at 7:15 PM for Bath Savings Night and a 1-2-3 Friday: $1 Aquafina, $2 Pepsi Products, $3 Bud Light Drafts through the start of the 2nd period. Saturday’s game begins at 6:00 PM but is preceded by the University of Maine men’s hockey team hosting the University of Nebraska-Omaha at noon. Hockey Day in Maine Packages are available for fans to get a ticket to both games plus a food voucher and commemorative Hockey Day in Maine items – a logo puck and can koozie.

The Mariners Coach’s Show returns on Thursday, January 9th at Three Dollar Dewey’s at 241 Commercial St. in downtown Portland. The show airs from 6-7 PM and also broadcasts live on MarinersOfMaine.com/listen. After each show, a guest will give away four ice row tickets to a future Mariners home game. 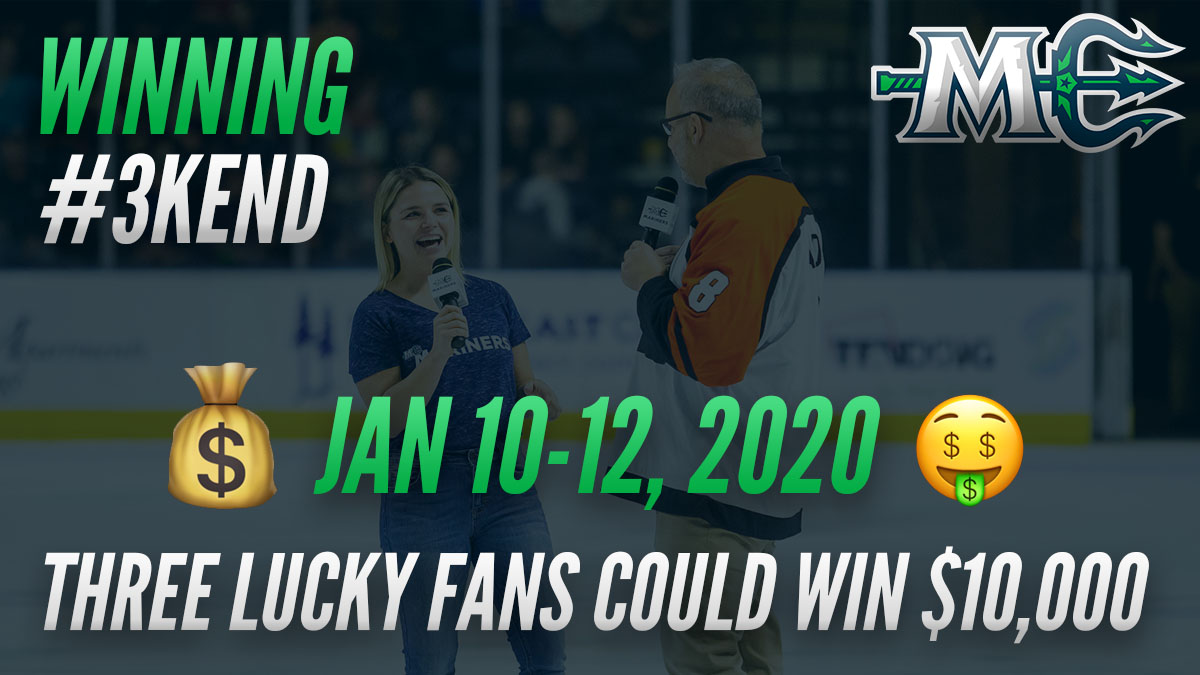 The Mariners are home all three nights during the weekend of January 10-12th for “Winning 3Kend.” It’s the first of two “3Kends” on the season, presented by Three Dollar Deweys. All three nights, one lucky fan will get a chance to play a game for a $10,000 cash prize. Saturday’s game features a tumbler giveaway to the first 2,000 fans courtesy of the Holy Donut. On Sunday, “Kids Run the Show!” Kids ages 7-12 can sign up to assist with multiple aspects of the game presentation including on the radio with Michael Keeley, co-host with Lizzie the emcee, assisting promo team, music production, and announcing the starting lineup in the locker room. Entries must be received by Friday, January 3rd at THIS LINK. 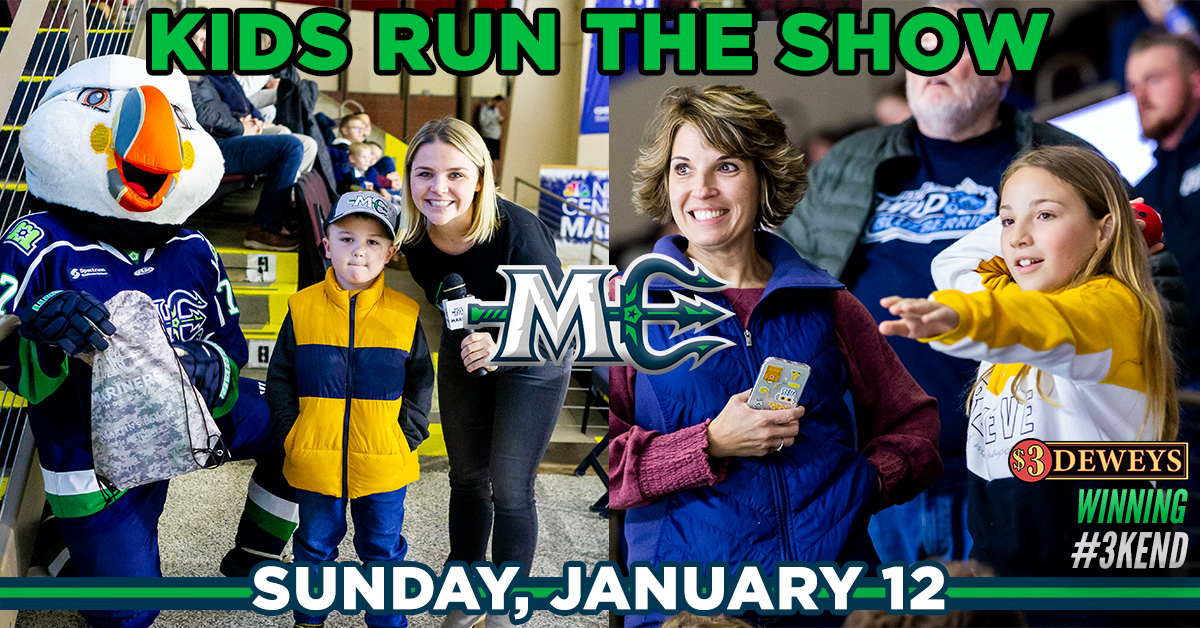 Holiday Packs will continue to be sold through this Saturday, January 4th. Four tiers of Mariners holiday packs are available, featuring tickets and collectible Mariners items! Holiday packs can be purchased through the Mariners online shop here. 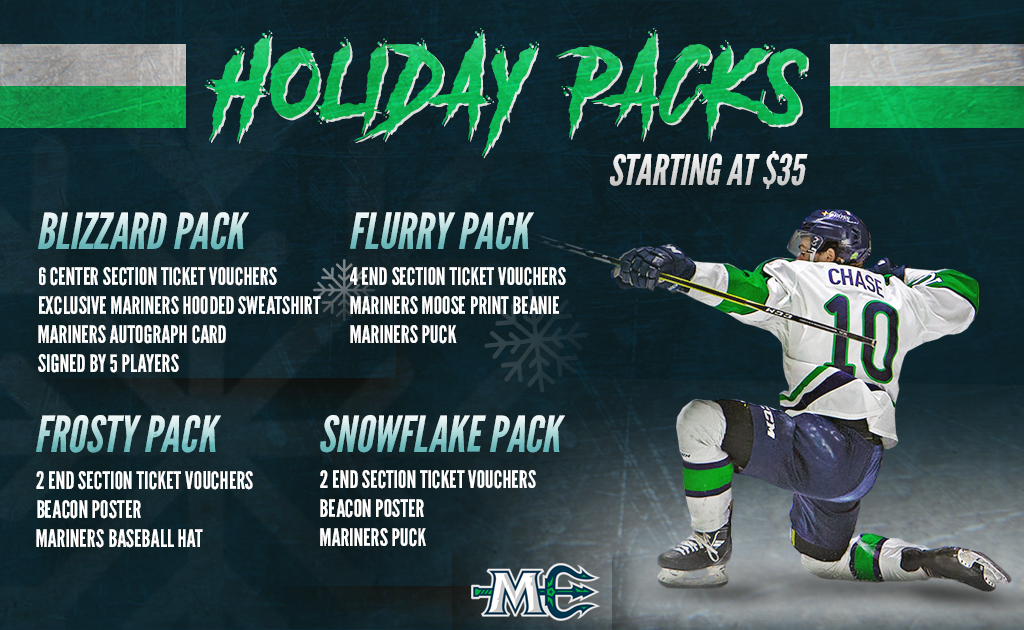 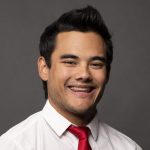