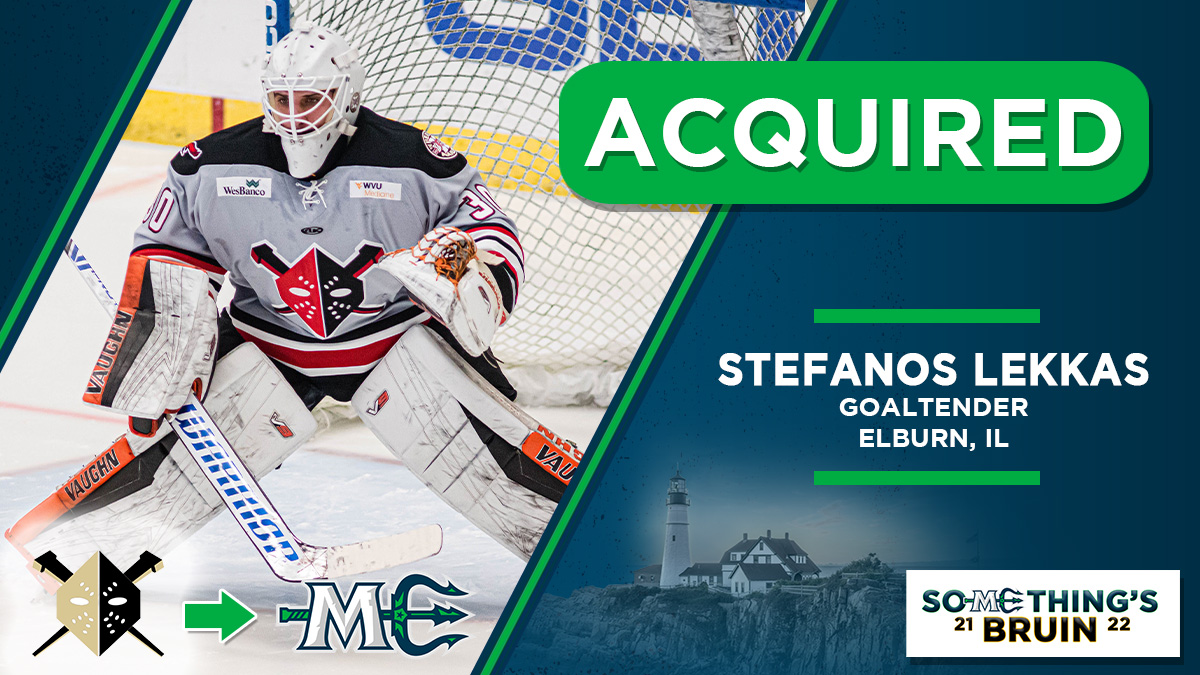 PORTLAND, ME – March 3, 2022 – The Mariners and Wheeling Nailers completed a trade on Thursday, as goaltender Stefanos Lekkas was sent from Wheeling to Maine in exchange for future considerations. Lekkas played his college hockey in New England, as the starter for the University of Vermont from 2016-20, where he set records for the program and conference.

Now 26-years-old, Lekkas is in his second full season as a pro. He debuted with the Fort Wayne Komets on March 11th, 2020, a 7-2 victory over the Wichita Thunder. Returning to the Komets in 2020-21, Lekkas posted a record of 7-2-2, with a stellar 2.15 goals-against average and a .914 save percentage. Due to his success, he was loaned to the Rochester Americans of the American Hockey League, where he played seven games and eventually earned his first NHL contract with the Buffalo Sabres.

At the University of Vermont, Lekkas was a star netminder for the Catamounts. As a junior, his .930 save percentage ranked him 9th in the nation. He was also named to the 2018-19 Hockey East Second All-Star Team. In 134 career collegiate games, he finished with a career save percentage of .918, the top mark in program history. He is also Hockey East’s all-time saves leader, with 3,913 career stops.

The Mariners travel to Worcester this weekend to begin a crucial three-game series with the Railers on Saturday and Sunday at DCU Center. The next home game is Wednesday, March 9th also against the Railers at 7 PM, “Reading Night.” Tickets for all home games can be purchased online at MarinersOfMaine.com/tickets or by visiting the Trusted Choice Box Office inside the Cross Insurance Arena.