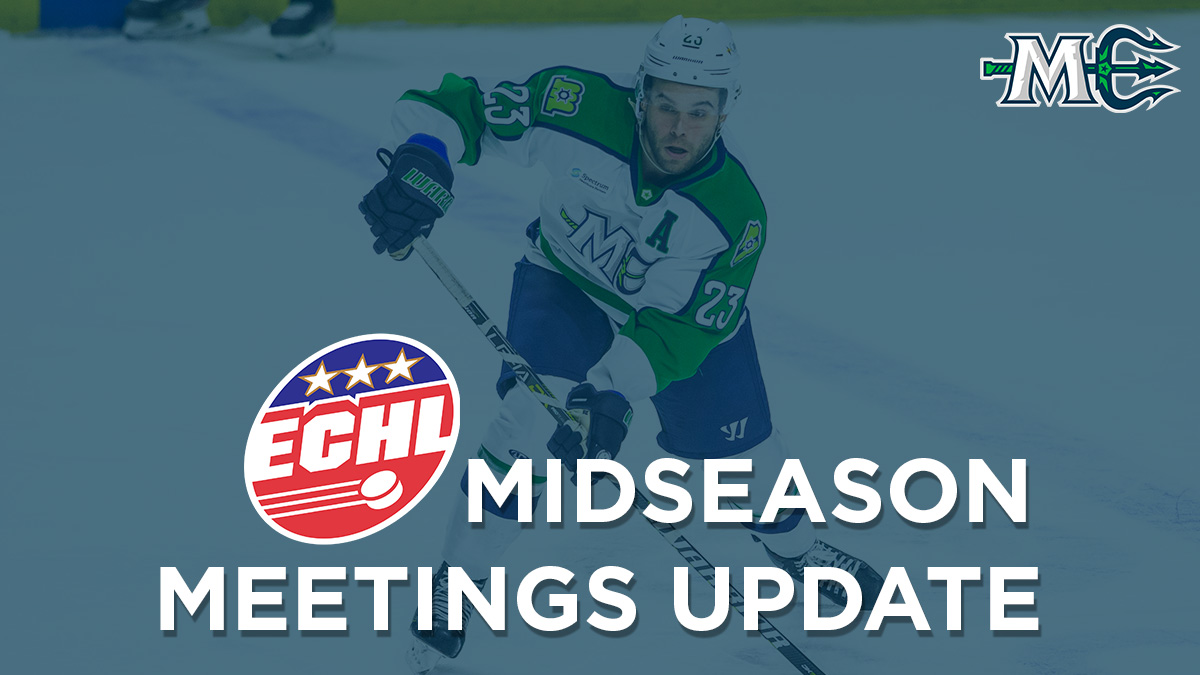 PORTLAND, ME – February 18th, 2021 – The ECHL held its Midseason Meeting of the Board of Governors this week and announced on Thursday key updates pertaining to the 2021-22 season. Among the updates, the news that any player that had signed with a non-participating team for the 2020-21 season and went on to sign with a participating club, shall have their rights for 2021-22 reverted to their original team.

The official language from the ECHL’s release is as follows:

Any Player who had originally signed with one of the 12 Teams not participating in the 2020-21 Season, and went on to sign with one of the 2020-21 Active Teams, shall have his Player Rights revert back to the original Member Team’s Protected List. Any Player who was issued a Qualifying Offer by a Member that elected Pandemic Voluntary Suspension, but never signed the Qualifying Offer, shall be declared a Free Agent for the 2021-22 Season.

Players who were signed with the Mariners and went on to play with other ECHL teams this season include: forwards Alex Kile (Florida), Michael McNicholas (Rapid City/Indy), Conner Bleackley (Allen), Ben Freeman (Wheeling), and defensemen Scott Savage (Indy) and Michael Kim (Jacksonville). Goaltender Francois Brassard, who was issued a qualifying offer, is playing for the Wheeling Nailers. Additionally, forwards Nick Master and Andrew Romano, who signed in Maine, are playing in the Southern Professional Hockey League this season, as is rookie defenseman Ryan Jackson. Defenseman Marc-Olivier-Crevier-Morin is currently playing in Slovakia.

“We, as an organization, are extremely fortunate to be able to keep the rights to our players for the upcoming season,” said Riley Armstrong, Mariners Head Coach and Assistant General Manager. “Starting in 2018 and trying to build a core group of players that are now becoming the face of the Mariners and fan favorites in town is the biggest thing in minor league sports. We feel Portland is the best place to play in the ECHL and has the best fans as well. We look forward to putting a team on the ice that will compete for a Kelly Cup in the 2021-22 season.”

The Mariners opted out of the 2020-21 season on November 18th, 2020, along with the entire North Division. Also announced on Thursday was the withdrawal of membership by the Brampton Beast, ceasing operations at the conclusion of the 2020-21 season. ECHL expansion franchises in Trois-Rivieres, Quebec and Coralville, Iowa were announced on January 12th. A franchise in Savannah, Georgia will also join the league in 2022-23.

Season ticket packages (full, half, and 12-game mini plans), along with 10-ticket flex plans for the 2021-22 season are now on sale, starting at $170. Fans can call 833-GO-MAINE or email mariners-sales@comcastspectacor.com to contact a sales representative. The Mariners hockey operations staff are raising money for local businesses affected by COVID-19 through “Pro Shop Saturdays” and the “Armstrong Skills Competition.” Click here to read more. As always, shop the latest in Mariners merchandise at MarinersOfMaine.com/shop. In-office pickup is now available.