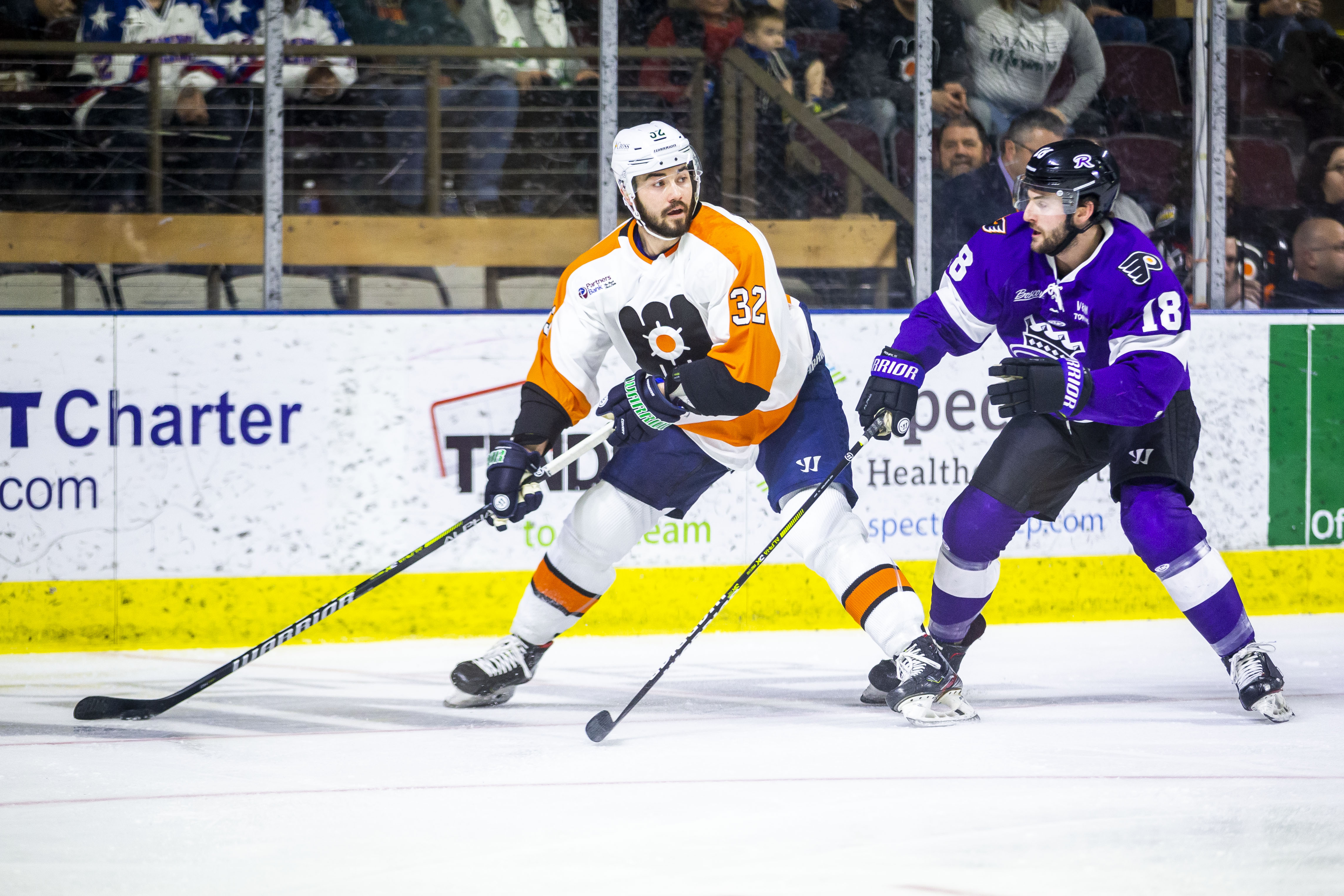 PORTLAND, ME – March 6, 2020 – Tom McCollum made 28 stops, including his biggest on Connor Bleackley in the game’s closing moments, to seal a 2-1 Reading Royals victory on Friday night at the Cross Insurance Arena. It was McCollum’s second win against his former team since being traded from Hartford to Lehigh Valley in an AHL transaction last month. Michael McNicholas scored the Mariners’ lone goal at the 11:00 mark of the third period.

The Mariners outshot the Royals 29-24 in the game, creating quality scoring changes throughout the night. They were kept off the board by McCollum until Andrew Sturtz fed McNicholas down to the right of the Reading net with nine minutes remaining in regulation. Matt Nuttle made a good play below the goal line for a secondary helper.

“I felt we played really well tonight,” said Mariners head coach Riley Armstrong,. “We had tons of chances to score. I thought we made a couple of mistakes that ended up in the back of our net, but for the most part we played well.”

McCollum robbed Bleackley with a great glove save with under 20 seconds to go, and the Mariners net empty, when Terrence Wallin fed one from the goal line to Bleackley at the bottom of the right circle. McCollum stopped 28 to earn his third win in a row and second against the Mariners in nine days.

Reading struck for a 1-0 lead halfway through the first period when Steven Swavely entered the zone on the power play and beat the stick-side of Francois Brassard. It remained a 1-0 game until Pascal Laberge broke down the left wing at 3:23 of the third to double the Royals lead. The Mariners momentum was slowed after McNicholas’ goal when Terrence Wallin was called for a tripping penalty, one of six penalty kills throughout the game for Maine. They also lost Jake Elmer to a game misconduct at the end of the 2nd period.

Despite the loss, the Mariners “magic number” for clinching a playoff spot dropped to 13 with Adirondack’s loss to Newfoundland.

Throwback Weekend continues on Sunday “I Love the 90s” against Worcester at 3 PM, also featuring a postgame full team autograph session. Groups of 10 or more can get discounted tickets by calling 833-GO-MAINE. Individual tickets can be purchased at MarinersOfMaine.com, at the Trusted Choice Box Office inside the Cross Insurance Arena, or by calling 207-775-3458. All Saturday and Sunday home games also feature the Family Four Pack – four tickets, four food and drink vouchers, and four Mariners beverage koozies, starting at $80, and must be purchased in advance.