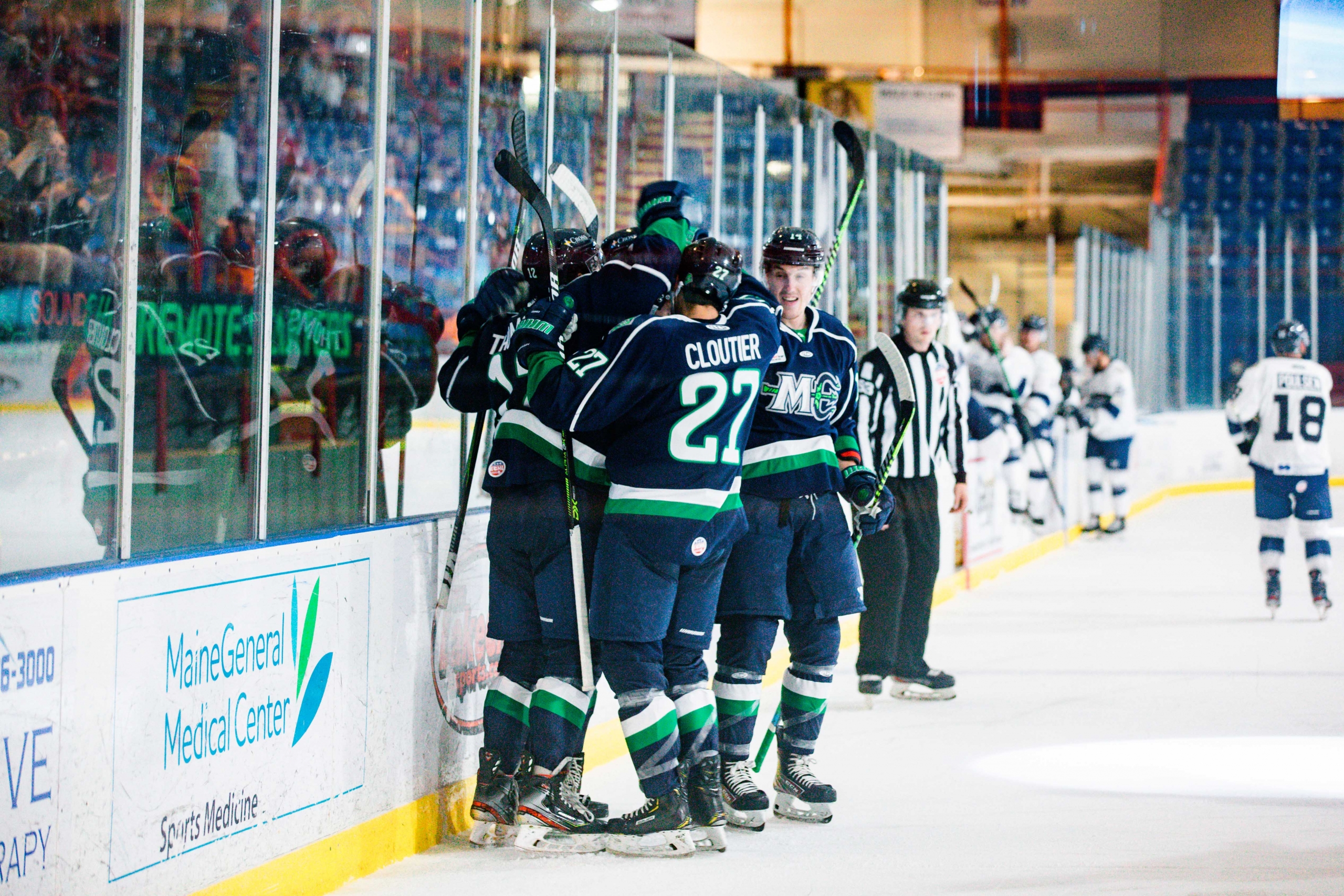 WORCESTER, MA – October 16, 2021 – The Maine Mariners and Worcester Railers split a pair of preseason contests this weekend, with the visiting team claiming both victories. The Railers claimed a 5-3 victory on Friday night at The Colisee in Lewiston, ME, while the Mariners rebounded for a 3-1 victory at the Worcester Ice Center on Saturday night.

On Friday, the Worcester offense was led Ross Olsson, Nolan Vesey, and Drew Callin, who each had two points. Olsson led the way with two goals, including the game-winner at 10:28 of the third period, breaking a 3-3 tie. Brent Beaudoin sealed the victory with an empty net goal. The Mariners got a single goal in each period from newcomer forwards Devon Paliani, Brendan Robbins (a University of Maine alumnus), and Mathew Santos. They battled back from a 3-1 deficit to tie the game on Santos’ goal early in the third. Defenseman Brycen Martin contributed a pair of assists in his return to the Mariners, after playing on the inaugural roster of 2018-19.

Callum Booth played the entire game in goal for the Mariners and made 30 saves on 34 shots. Booth is one of two Maine netminders under contract with the Providence Bruins of the American Hockey League. The Railers split the net between Justin Kapelmaster and Corbin Kaczperski. Kapelmaster stopped 16 of 17, allowing only the Paliani goal, while Kaczperski went 19/21 to finish the game.

In the rematch on Saturday in Worcester, it was the University of Maine alumni stealing the show for the Mariners. Trailing 1-0 in the 2nd period, Robbins deflected home a shot from defenseman Marc-Olivier Duquette to tie the game. Less than three minutes later, Eduards Tralmaks, just assigned from Providence camp, put the Mariners ahead with a wrister between the circles. Defenseman Jason Horvath picked up assists on both goals. The Mariners locked it down in the third period and Santos added an empty net goal in the game’s final seconds. Both Zach Bouthillier (16/17) and Sean Bonar (17/17) put up strong performances in goal, splitting the game for the Mariners. Drew Callin scored the only goal for the Railers against Bouthillier in the first period.

The Mariners and Railers will meet again next weekend to open the regular season: Friday in Portland at 7:15 PM and Saturday in Worcester at 7:35 PM.

The Mariners are now proud affiliates of the Boston Bruins and begin their 2021-22 season, presented by Hannaford To Go on Friday, October 22nd, with the home opener against the Railers, sponsored by Skowhegan Savings. Individual game tickets for all 36 home games are on sale now, online at the Trusted Choice Box Office inside the Cross Insurance Arena, or by calling the box office at 207-775-3458. Full season, half season, 12-game mini plans, and 10-ticket flex plans are also available. More information on ticket packages is available by calling 833-GO-MAINE, emailing mariners-sales@comcastspectacor.com, or by visiting MarinersOfMaine.com.