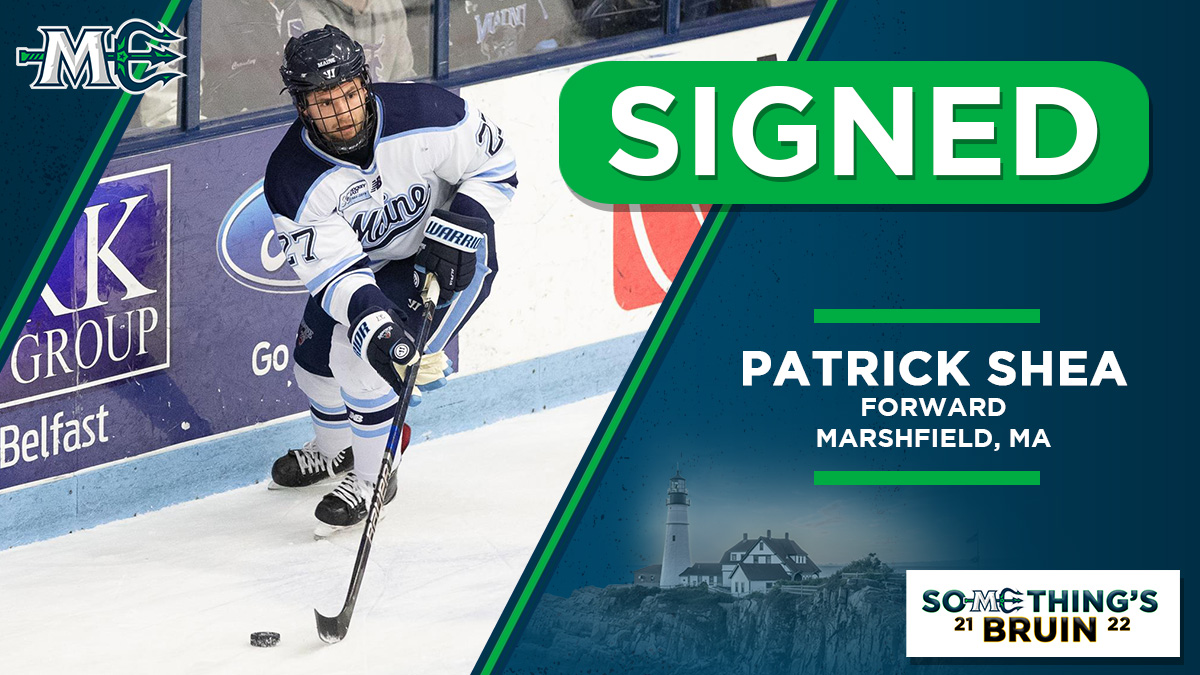 PORTLAND, ME – November 1, 2021 – The Maine Mariners announced a signing and a trade on Monday afternoon. The Mariners signed former University of Maine forward Patrick Shea and dealt forward Jonathan Desbiens to the Iowa Heartlanders.

Shea, a 24-year-old forward from Marshfield, MA, graduated from the University of Maine in 2020. He played four years for the Black Bears, as Mariners Head Coach Ben Guite was an assistant and eventually associate head coach. Shea had four very consistent seasons at UMaine, putting up point totals of 16, 14, 14, and 10 respectively from 2017-2020.

Prior to college, Shea played for Marshfield High School, Kimball Union Academy, the Cape Cod Whalers, and Boston Jr. Bruins programs. With Kimball Union in 2015-16, Shea put up 71 points in 35 games. He was selected in the 7th round of 2015 NHL Entry Draft by the Florida Panthers.

Desbiens is a rookie forward from Bentley University, who initially signed with the Mariners in the summer of 2020. He was unable to play during the 2020-21 season due to the pandemic but re-signed in Maine for 2021-22. Desbiens made his professional debut this past Friday in a 2-0 Mariners loss to the Trois-Rivieres Lions. The Mariners will receive a future consideration from Iowa later this season.