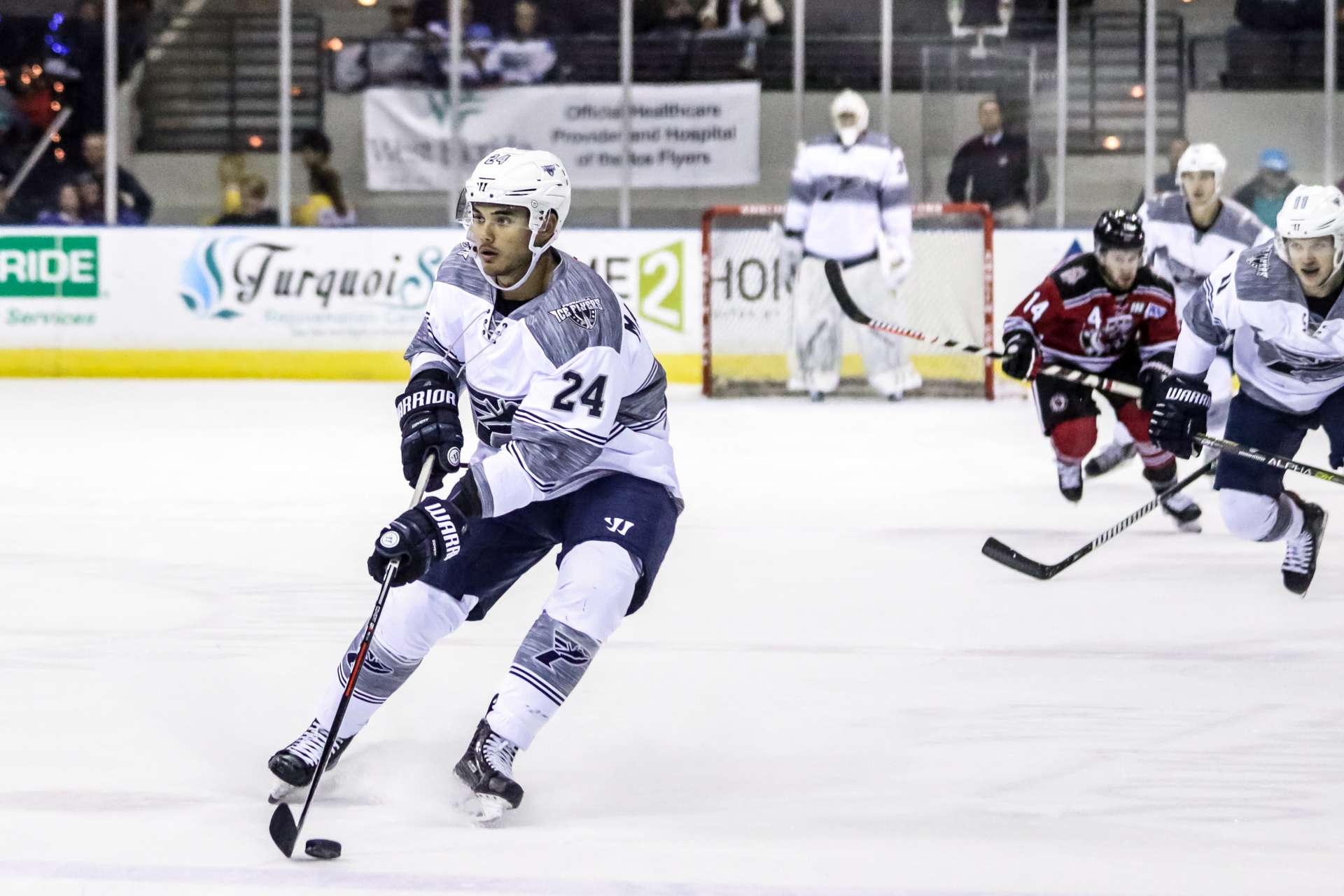 READING, PA – December 30, 2019 – The Mariners have signed forward Eddie Matsushima to a standard player contract, the team announced on Monday. Matsushima joins the Mariners from the Pensacola Ice Flyers of the Southern Professional Hockey League, and has also played two ECHL games this season for the Orlando Solar Bears.

Matsushima, 25, is from Verona, Wisconsin and played his entire career in his home state prior to joining Pensacola. After two years at Verona High School which included a stint on Team Wisconsin, Matsushima joined the NAHL’s Coulee Region Chill (La Crosse, WI) and played there for three full seasons from 2012-15. He joined the University of Wisconsin-River Falls (NCAA DIII) and played four seasons, the final two of which he averaged over a point per game, leading the Falcons in scoring as a junior and senior. He was named to the Wisconsin Intercollegiate Athletic All-Conference Team both seasons and was also a WIAC Scholar Athlete as a senior in 2018-19.

Matsushima joined the SPHL’s Pensacola Ice Flyers after graduating last season, and put up 13 points in 14 regular season games. He’s off to a strong start this season, with 20 points (8 goals, 12 assists) in 19 games for the Ice Flyers – ranking second on the team in scoring. On December 20th, Matsushima was loaned to the Orlando Solar Bears and played in two games, registering no points and seven penalty minutes – including a fighting major.

The Mariners spend New Year’s Eve in Reading, taking on the Royals at 4 PM on Tuesday. They return to play five of their first six games of 2020 at the Cross Insurance Arena. Friday, January 3rd against the Jacksonville Ice Men is a 1-2-3 Friday, featuring $1 Aquafina water, $2 Pepsi products, and $3 Bud Lights through the start of the 2nd period. It’s also Bath Savings night, with puck dropping at 7:15 PM. Saturday, January 4th is “Hockey Day in Maine” featuring a doubleheader that begins with the University of Maine men’s hockey team hosting the University of Nebraska-Omaha at noon. The Mariners and Jacksonville follow with a game at 6 PM. Hockey Day in Maine packages are available at MarinersOfMaine.com which include discounted tickets to both games plus special Hockey Day in Maine collectibles. It’s also “Witchcraft and Wizardry Night.”