PORTLAND, ME – November 4, 2022 – The Mariners revealed their sixth and final 2022-23 specialty jersey at Friday’s game, unveiling a Portland Sea Dogs collaboration design, which will be worn on Saturday, March 11th, 2023. The specialty jersey is the first of its kind in the partnership between Maine’s professional hockey team and its professional baseball team.

“Ever since the announcement of hockey returning to Portland, the Sea Dogs have been in our corner,” said Adam Goldberg, Mariners Vice President of Business Operations. “They are a pillar of the community and we can’t wait to see this collaboration hit the ice in March. We are grateful for their partnership and think this jersey will get the fans ready for Spring Training.”

The baseball-inspired jersey is primarily white with a red pattern on the forearms, a button-up pattern on the front, and “Mariners” written in the Sea Dogs script across the chest, also in red. The shoulder logos consist of the Sea Dogs emblem on one side and the Mariners primary logo in a red tint on the other. 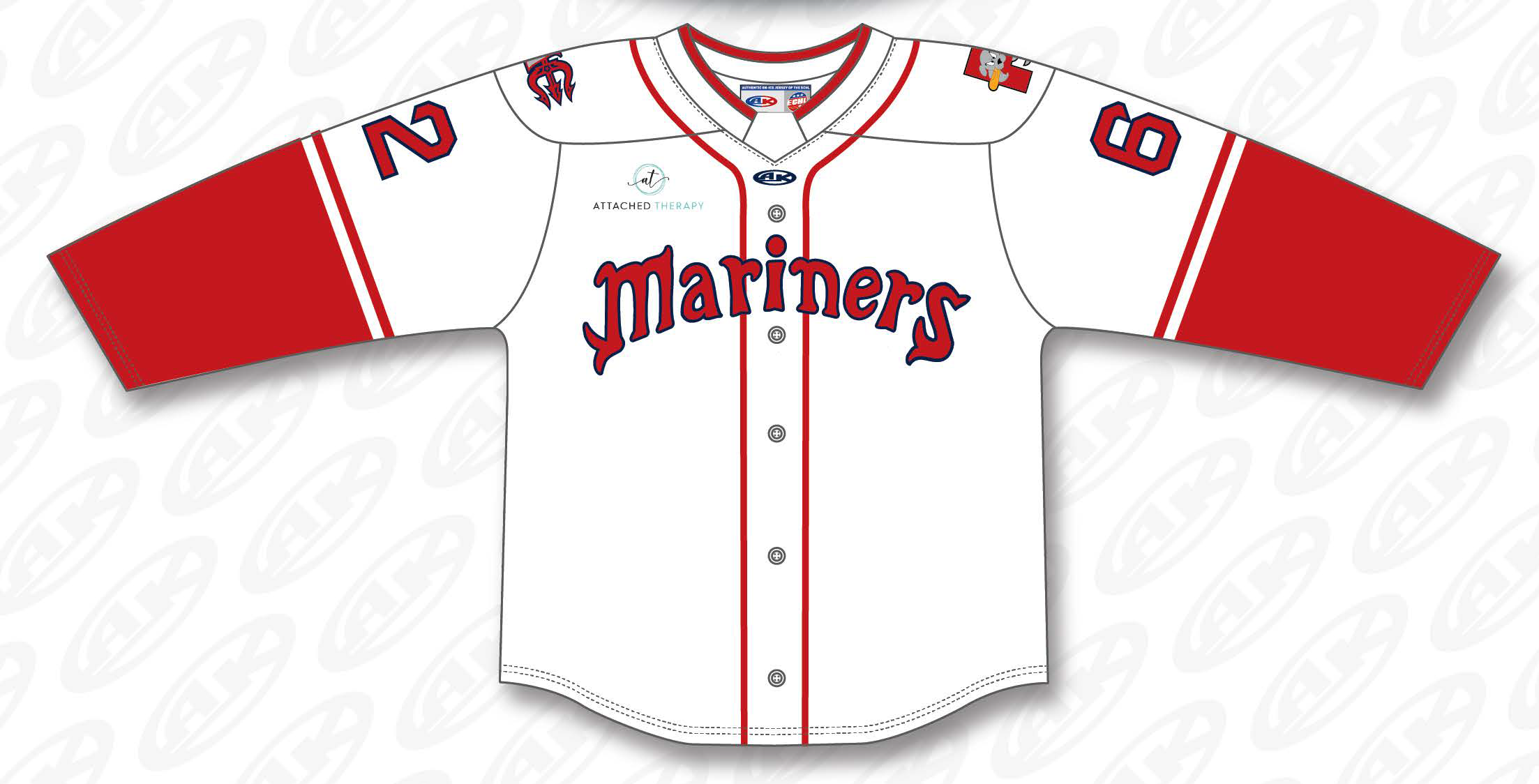 The Portland Sea Dogs have been Maine’s professional baseball team since 1994, when they were originally affiliates of the Florida Marlins. Since 2003, they’ve been affiliated with the Boston Red Sox. The Mariners joined the Portland-Boston trifecta in July of 2021, when they became Boston Bruins affiliates after three years with the New York Rangers.

“The Sea Dogs are honored to have the Mariners sporting our colors and logo as they take the ice,” said Chris Cameron, Sea Dogs Vice President of Communications & Fan Experience. “We are certain this jersey will resonate with both Mariners and Sea Dogs fans as we work together to develop fans and support our community. Portland continues to be the premier city in New England for minor league sports, we are excited to partner with the Mariners bringing two of the city’s professional teams together for a fun, family outing showcasing both organizations.”

The theme on March 11th is “What Could Have Been” which has previously featured the Maine Wild Blueberries in 2019 and again in 2021. The Sea Dogs concept brings a new twist. Game time is 6 PM against the Norfolk Admirals and is presented by Attached Therapy.

The Mariners have a four game homestand to open November, beginning with a pair of games this weekend against the Newfoundland Growlers. Friday night is “Jersey Friday” featuring the debut of the new alternate uniforms and a youth jersey giveaway to the first 500 kids. Puck drop is 7:15 PM. It’s also the first 1-2-3 Friday of the season: $1 candy, $2 popcorn, and $3 Bud Light Drafts through the start of the third period. Saturday’s game at 6 PM is “TikTok Night” presented by Chick-Fil-A and includes a full team postgame autograph session.

Individual game tickets can be purchased online, at the Ware-Butler Box Office inside the Cross Insurance Arena, or by calling 207-775-3458. Family Four Packs are available for all Saturday and Sunday games and can be purchased here. Season-long ticket plans are also still available. More information on ticketing options is available by calling 833-GO-MAINE, emailing mariners-sales@comcastspectacor.com, or by visiting MarinersOfMaine.com.