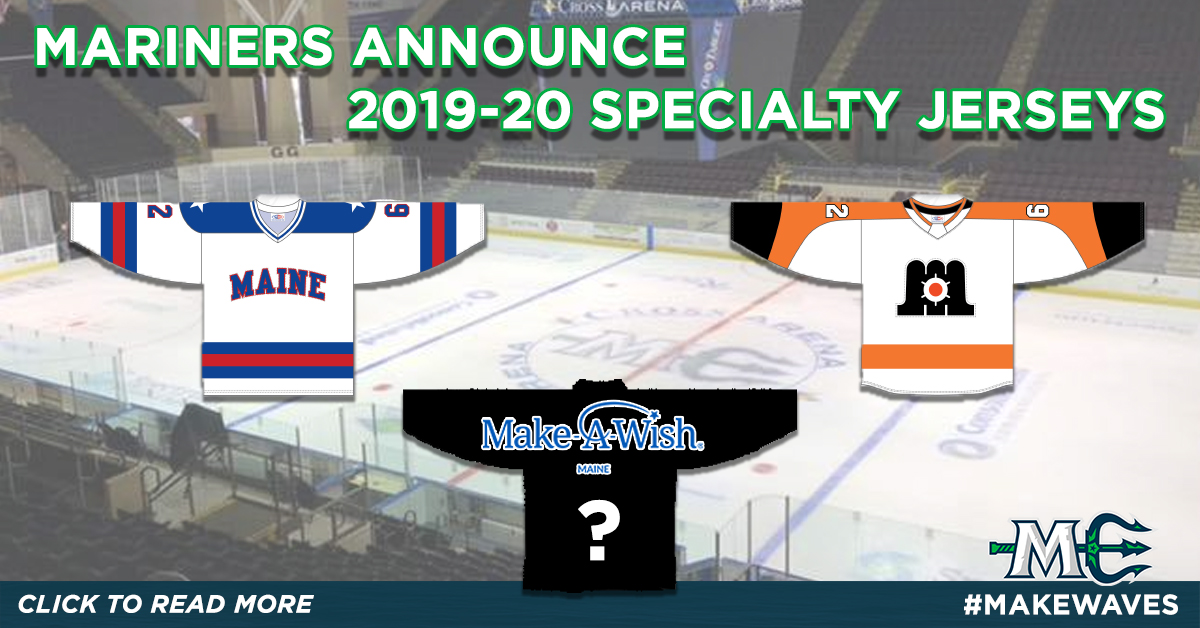 Saturday, November 2nd is the second annual Marvel Super HeroTM Night, featuring The Hulk themed jerseys. Fans are encouraged to dress up like their favorite Super Heroes. The night also features a postgame skate with the team.

On Saturday, November 30th, it’s “Aquaman Night,” as part of the new DC Comics partnership throughout the ECHL. In addition to special Aquaman jerseys, the Mariners will hold a “best dressed” contest. There will also be a glitter tattoo booth.

In partnership with Make-A-Wish Maine and Agren Appliance, Saturday, February 1st will feature a “Kids Design” jersey, created by a “wish kid.” Fans will vote between the top five submissions starting October 18th, with a winner decided November 1st. A portion of the auction proceeds will be donated to Make-A-Wish Maine.

The Mariners will celebrate the 40th anniversary of the 1980 U.S. men’s hockey Olympic gold medal run with Team USA inspired jerseys on Sunday, February 23rd. A screening of Miracle (2002) on the video board will follow the game.

The final theme jersey of the season is the return of “Throwback Night” on Friday, March 6th. Earlier in the offseason, fans voted between two original Mariners AHL jerseys: the orange and white Philadelphia Flyers scheme or the gold and white version from the Boston Bruins affiliation period. Getting 53% of the vote, the Flyers version narrowly prevailed. Mariners alumni will be invited to join the festivities, and it’s also “80s Night,” with a celebration including music from that decade and another best dressed contest.

Four of six of the specialty jerseys will be available for auction through Handbid, a mobile bidding application that the Mariners will use this season to auction additional items and experiences. Handbid will allow anyone with a smartphone and the Handbid app to place bids. More information on how fans can use the Handbid app will be available soon. The ECHL will facilitate the auctions for Marvel Super HeroTM and DC Comics jerseys.