PORTLAND, ME – June 3, 2019 – The Maine Mariners released their 2019 Protected List on Monday, containing names of 25 players that signed a SPC with the Mariners in 2018-19. The Protected List includes 14 forwards, 9 defensemen, and 2 goaltenders. The full list is as follows:

*McInnis has retired and been announced as the Head Coach and General Manager of the NA3HL’s Canton Cubs.

3. Had received a Qualifying Offer last summer for the current Season, DID NOT sign an SPC, and has not been traded or released, OR

4. Has been suspended by the Member or League, and has not been traded or released, OR

5. Signed an SPC on or after the first day of the 2018-19 Regular Season, then subsequently signed an NHL/AHL contract, and has not been traded or released, OR

6. Has executed the ECHL Retirement Form, and has not been traded or released.

The first day for players to sign an SPC (standard player contract) is June 16.

The second season of Maine Mariners ECHL hockey will begin in October. Full and half season ticket packages are available by calling 833-GO-MAINE or visiting the Mariners front office located next to the Cross Insurance Arena at 94 Free Street. Registration for Beacon’s Kids Club and the Mariners inaugural summer reading program, “Read with ME” are also underway. More information can be found at MarinersOfMaine.com. 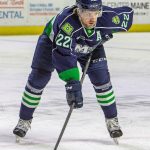 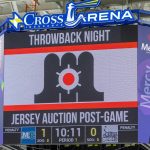