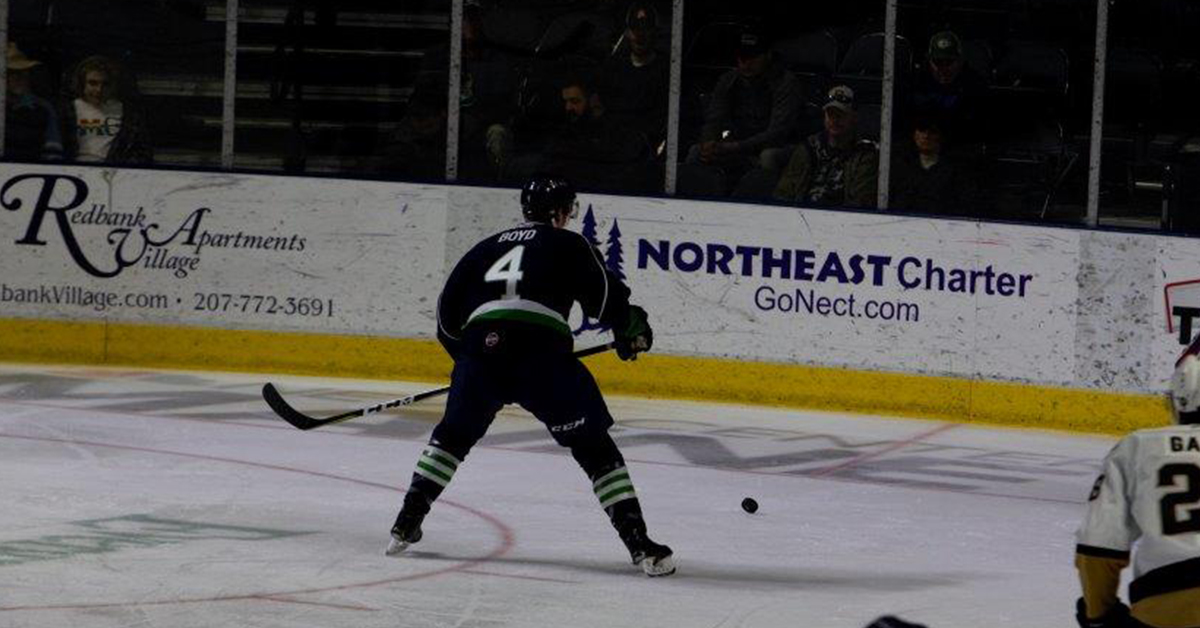 PORTLAND, ME – June 27, 2019 – The Mariners announced the signing of former University of New Hampshire defenseman Rich Boyd on Thursday. Boyd had two separate stints with the Mariners toward the end of the 2018-19 season, after finishing his college career with UNH.

Boyd initially signed with the Mariners on March 23rd, and made his debut one week later on March 30th at Adirondack. He was released by the Mariners the following day, but signed another deal on April 7th to appear in the final game of the regular season against the Newfoundland Growlers. Boyd had no points in either game, with two shots and two penalty minutes.

“Being in Maine at the end of the season was a great experience and gave me a great idea of what the pace of the league was like,” Boyd said. “I’m excited to get back for the 19-20 season and am looking forward to a great season from the team.”