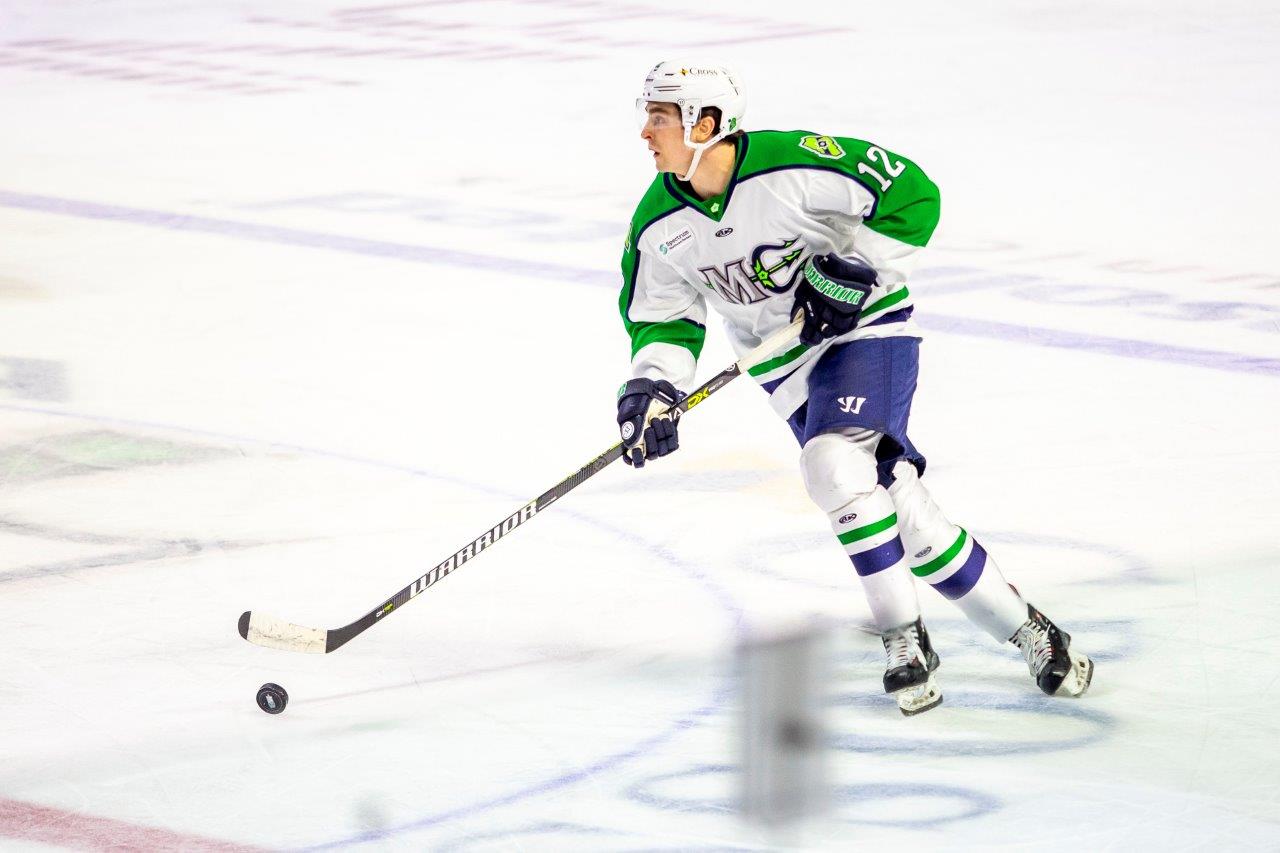 PORTLAND, ME – June 29, 2020 – Last August, Ted Hart signed his first professional contract with his “hometown” team, hoping to become the first Maine-born player to suit up in a regular season game for the Mariners. Although he didn’t make his ECHL debut until November, the Cumberland native played in 48 of the Mariners’ 62 games in 2019-20, enjoying a productive rookie season. On Monday, the Mariners announced the re-signing of Hart, making him the second player on the 2020-21 roster.

“I’m thrilled to sign on for another year with the Mariners,” said Hart. “I love playing in Portland in front of my family and friends, and I’m always excited to show up to the rink each day to work with the staff and my teammates. I can’t wait for the season to start and I’m looking forward to reaching our first playoff series!”

Hart, 24, initially signed in late August of 2019, but did not make the opening night roster. He signed with the Peoria Rivermen of the Southern Professional Hockey League, and began the season there. After posting six points in five SPHL games, the Mariners came calling again in early November. On November 9th, 2019, in front of the largest crowd of the season at the Cross Insurance Arena, Hart made his ECHL debut, becoming the first Maine-born Mariner in franchise history. The Mariners defeated Adirondack, 5-1.

After his recall, Hart stuck with the Mariners for the remainder of the 2019-20 season, playing a total of 48 games. He scored his first ECHL goal at Norfolk on November 20th, and totaled 10 goals and eight assists on the season. His goal on March 10th at the Cross Insurance Arena, also against Norfolk, turned out to be the team’s final goal of 2019-20 when the COVID-19 pandemic caused the cancelation of the season.

“Teddy showed tremendous resilience last season after not making the team out of training camp,” said Riley Armstrong, Mariners Head Coach and Assistant General Manager. “[He] spent a little time in the SPHL and then found himself on the top line with us. His speed and hard work is what separates him. I feel Ted can be a 20 goal guy in the ECHL.”

Ted is the youngest of three brothers in the Hart family who all left hockey legacies at Greely High School as well as Phillips Exteter Academy. The middle Hart brother, Brian also appeared on the Mariners last season, joining the team in January. Ted helped lead Greely to back-to-back state titles in 2012 and 2013. He went on to play NCAA Division I hockey at Yale University, where he was a two-time ECAC All-Academic recipient, graduating in 2019.