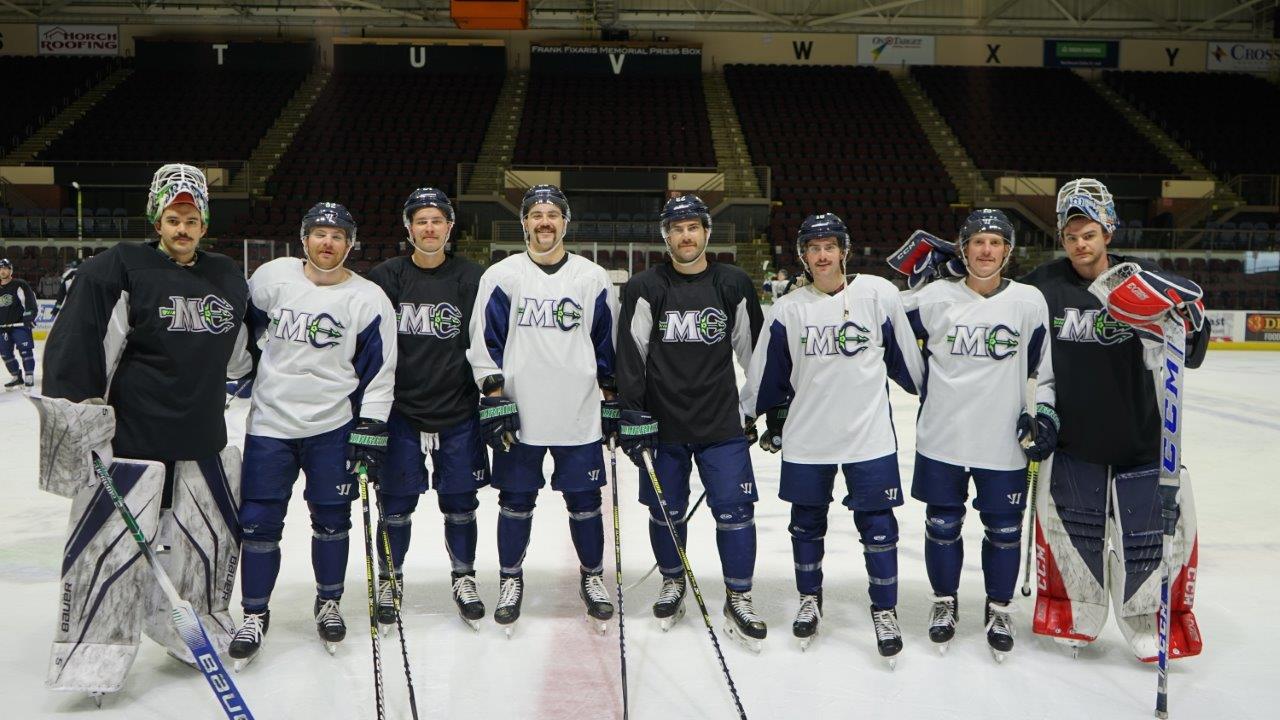 PORTLAND, ME – December 4, 2019 – All throughout the month of November, Maine Mariners players grew out their facial hair to raise funds and awareness for men’s health through the annual worldwide “Movember” campaign. Eight players raised a total of $3870, with forward and alternate captain Terrence Wallin leading the pack at $851 raised.

Movember stands for “Tackling prostate cancer, testicular cancer, mental health, and suicide prevention,” according to their official website, Movember.com. The initiative began in Australia in 2003 with a small group of men and his grown into a worldwide fundraiser that has shown to be particularly popular with hockey teams.

Eight Mariners players participated this year, with Wallin narrowly edging out Dillan Fox for the top fundraising mark on the team. Wallin has been participating since his freshman season at UMass-Lowell (2011-12).

“I look forward to it every year because it comes during a giving time of the year,” he said. “It’s so awesome that a simple thing such as growing a moustache turned into a group of us raising almost $4,000 to a great cause! December 1st is always a sad day when our moustaches come off!”

Players primarily used their social media followings to campaign for donations, but the Mariners also had jars assigned to each player to accept donations on the concourse at the final two home games of November this past weekend. All in all, the Mariners topped their 2018-19 total of $3,508 by more than $300.

The second annual Teddy Bear Toss presented by the Maine Bureau of Highway Safety, is this Saturday, December 7th as the Mariners host the Adirondack Thunder for a 6 PM faceoff at the Cross Insurance Arena. Fans are encouraged to throw stuffed animals onto the ice after the first Maine goal, proceeds to benefit local fire departments. The first 2,000 fans through the door will receive a collectible mini-stick, courtesy of Jobs In ME, and family four packs are available for purchase prior to the day of game. Groups of 10 or more can get discounted tickets by calling 833-GO-MAINE. Individual tickets can be purchased at MarinersOfMaine.com, at the Trusted Choice Box Office inside the Cross Insurance Arena, or by calling 207-775-3458