The first period was scoreless, with the Mariners enjoying a pair of power play opportunities. Connor LaCouvee was sharp, making ten saves in the frame. Goals came fast and furious for the Royals in the 2nd, as they scored six times in the first 12 minutes. Hayden Hodgson broke the scoreless tie at 1:05, and then assisted on Max Willman’s goal at 4:27 to make it 2-0. Hodgson and Willman each had four points (1 goal, 3 assists) in the period. Goals by Garret Cockerill and Thomas Ebbing chased LaCouvee at the 7:24 mark as the Mariners called timeout. Francois Brassard then allowed goals to Corey Mackin (8:50) and Matthew Strome (PPG – 12:00), giving Reading a big lead at the end of two.

Early in the third, Pascal Laberge scored on a breakaway to make it 7-0, beating Brassard’s glove. Former Mariner Lewis Zerter-Gossage scored his first goal as a Royal with exactly one minute remaining to cap the scoring.

McCollum’s shutout was his second of the season and ECHL career while LaCouvee was saddled with the loss, making 13 saves on 17 shots. Brassard went 12 for 16. With Brampton’s morning loss to Toledo, the Mariners retained a two point advantage on third place, as they fall four points behind the second place Royals.

The Mariners head onto Wheeling, WV to take on the Wheeling Nailers Friday at 7:05 PM. They’re back home on Sunday to host the ECHL-leading South Carolina Stingrays at 3 PM. The ECHL championship trophy, the Kelly Cup will be in the building, and the Mariners will award the Captain Joel Barnes Community Service Award on the one-year anniversary of his tragic passing in the line of duty. Fans are invited to skate with the Mariners after the game.

Groups of 10 or more can get discounted tickets to all games by calling 833-GO-MAINE. Individual tickets can be purchased at MarinersOfMaine.com, at the Trusted Choice Box Office inside the Cross Insurance Arena, or by calling 207-775-3458. All Saturday and Sunday home games feature the Family Four Pack – four tickets, four food and drink vouchers, and four Mariners beverage koozies, starting at $80, and must be purchased in advance of game day. 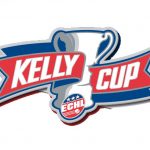 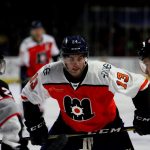